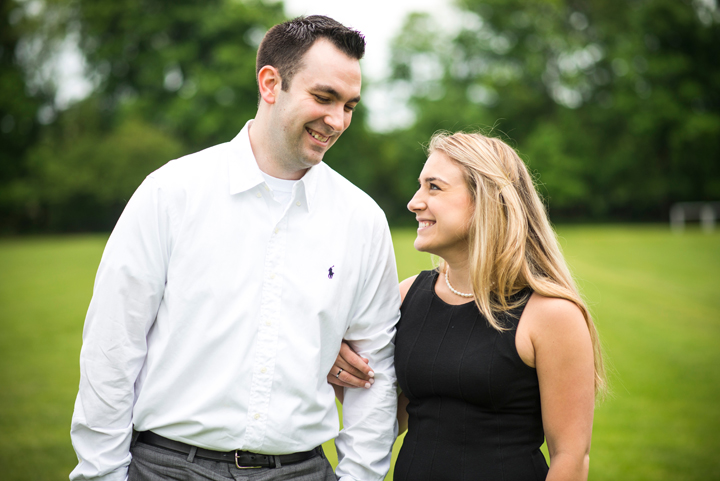 Introductions are funny things, especially when they take place in dingy fraternity house basements. (This one is also funny because it’s taking place on the Internet, but I digress….)

While hanging out with some of my sorority sisters at a fraternity house in the spring of 2006, sipping some Genny Light (yeah, if you’ve never heard of it do NOT seek it out, it’s as awful as it sounds) from the standard red solo cup, a really, reeeeally cute guy came to talk to one of my friends whose older sister he knew. As they chatted I just…stood there. I was briefly introduced, but I certainly didn’t want to get in the way of my friend getting a shot with this guy, so I hung out for a second and then wandered away.

We crossed paths a couple more times, and eventually that guy — Chuck — and I became friends. We were both students at UMass Amherst, but he only had a couple of months left and I was still in my freshman year. While he was still at school we would hang out and watch movies, and when he graduated we were talking pretty much all day and night via AIM (remember that?), text or on the phone. Eventually, even though I was still dating my high school boyfriend of five years, my family started teasing me and asking when Chuck and I were going to just admit we liked each other. 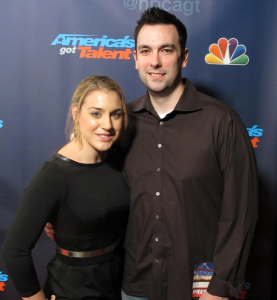 After about a year (and breaking up with the aforementioned high school boyfriend) I finally blurted out to Chuck that I “might kinda sorta maybe like him a little bit sometimes.” It took him about an hour to get me to actually have a conversation about it (I kept refusing to discuss it and trying to change the subject), and he asked me on our first date. Which was awkward.

Not the asking part, the actual date part.

I was so nervous that I didn’t eat…or speak. We left the restaurant (where pretty much everyone in the restaurant — waitstaff included — gave us looks of pity, probably surmising that it was a blind date gone horribly wrong) and went to hang out at his apartment. Later that night we had our first kiss and I pulled away…reminding him that he had said he would move my car. We were in the city and since I didn’t have an overnight parking pass, my car needed to be moved around the corner.

Yes. After our first kiss I effectively kicked him out of his own apartment.

The fact that he wanted a second date shocked me…but from that day (March 21, 2007) until the day we moved in together (June 29, 2012) we rarely went more than four days without seeing each other. There were a couple of times (literally maybe two) when we had to go a week or two without seeing each other and it was never any fun. For the most part, once I had graduated from college in December 2008, even though we weren’t living together, we saw each other every day.

In December of 2013, nearly seven years after our first date, Chuck managed to shock me again. After splurging on some big items for our apartment a few months prior and adopting two kittens — Emy and Livy — earlier in the month, we agreed to only exchange stockings for the holiday. Chuck insisted that we wait until Christmas Eve to exchange our stockings, even though I was begging for weeks to get my hands on mine. I was actually a bit surprised that he agreed to let me open it on Christmas Eve at all, since he’s usually such a stickler for rules (no birthday presents until it’s actually your birthday, no Christmas presents until Christmas morning, etc.) but decided to take what I could get. He even said that we could open them at midnight on Christmas Eve, but it had to be at least 12:01 a.m. Fine by me!

We had filled each other’s stockings with the usual items — DVDs, candy, I got him a tie, he got me Cards Against Humanity. Finally I got down to the last gift in the stocking. It was a heart shaped ornament made of white porcelain with a mirrored center with three lines of engraving. The first line read “Our First Christmas,” which confused me since we’d been dating for nearly seven years and this would be our second Christmas living together. The second line began with an “E,” and I skimmed it, presuming it said “Emy and Livy” and thinking he got an ornament to commemorate the kittens’ first Christmas. And then I actually read it…it said, “Engaged.” I sat there for a couple seconds — which felt like an eternity — thinking, “No…that doesn’t say ‘engaged…e-n-g-a-g-e-d…yes, it does. But no…nooo….” And when I looked up, he was down on one knee.

Naturally, I instantly burst into tears and declared that I was going to throw up (romantic, right?). I covered my face and cried, refusing to look at him. He tried a couple of times to properly ask me to marry him, but I kept telling him not to speak. I wanted to wait until I had composed myself and could look at him when he said those four words. It took me literally five minutes — with him kneeling on the floor the entire time — until I could breathe normally again and said, “Okay, go ahead.” When he asked, I did the next natural thing — I said “yes” and launched myself at him and gave him a zillion kisses.

There was only one tiny, little, insignificant downside of the proposal. It happened in the middle of the night, but I still wanted to call my parents. I debated for approximately two seconds, knowing that a phone call at midnight would have my parents in a panic before they answered, and then decided they’d get over it when they heard the good news. I was right — my dad answered the phone in a panic, asking what was wrong. I was jumping up and down in my living room saying, “Dad, Dad — Chuck proposed,” to which he responded in a very sleepy voice, “Oh yeah, I knew that.” Oh…well, thanks? Chuck had done the proper thing and asked my dad for his blessing, but in my dad’s exhausted state, he couldn’t muster the enthusiasm I was looking for. My mom asked my dad who was on the phone and he sleepily said, “Courtney. Chuck proposed.” I heard my mom say, “Oh good,” also sounding exhausted, and my bubble deflated a bit more. And then I heard both of my younger sisters — who still live at home and had gone into my parents’ room when my dad answered the phone, thinking something was wrong — start screaming and crying. THAT was the reaction I wanted.

So, that is the story of how I, Courtney, met my fiance, Chuck. Now I have my own [small] social media and marketing company, he’s is in sales and we’re planning a wedding. We’ll be getting married on March 21, 2015 — our eight year anniversary — and we’re so excited that you’ll all be coming along for the ride.

Ashley: Getting Fit For the Dress!