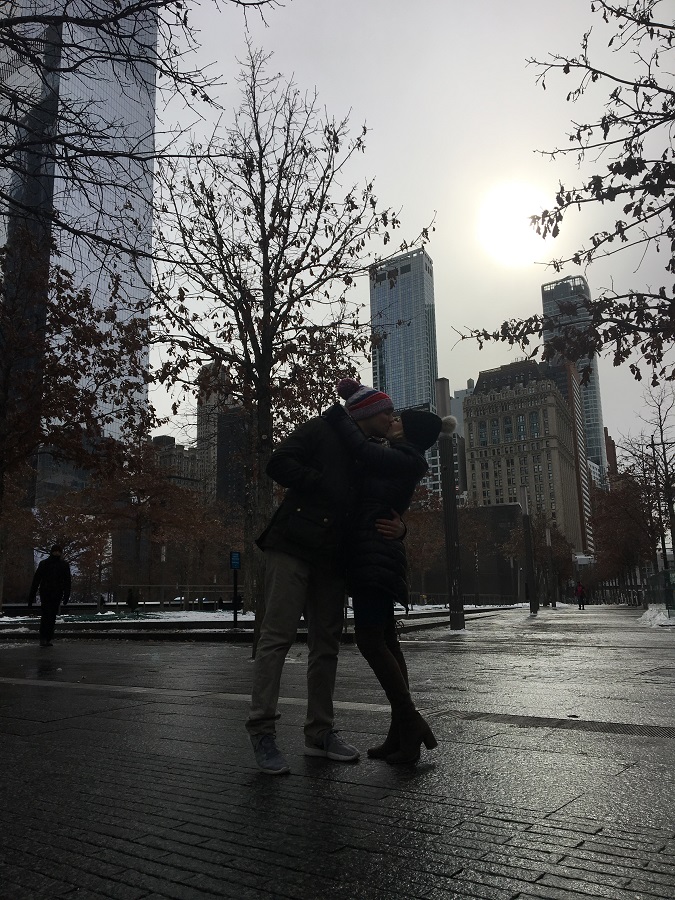 Laurel Handel of Hampstead, NH and Marco Polselli of Portsmouth are engaged!

Marco and I met in Newport during the summer of 2008. I was going into my Junior year at URI and he was graduating from RIC that Spring. I had an internship the Spring of 2008 in Newport, which is when I fell in love with the town! I decided I would move to Newport in the Fall and commute back and forth to URI.
I then met my roommate who, at the time, worked with Marco at a local bar in town; you may have heard of it, the Pelham. She introduced us and we all became the best of friends. Long story short, Marco tried to pursue me, however, I just wasn’t interested! I wanted to remain friends. But that didn’t last long… before I knew it we were two love birds frolicking around Newport. Fast forward eight years later and here we are!
We currently live in Portsmouth where Marco was born and raised. We have two dogs, two cats and chickens right outside in our backyard. His entire family lives within a few miles of each other, some within the same neighborhoods!

Eight years of dating may seem like a long time, trust me, but the truth is we started dating so young. Now was the perfect time!
Marco’s parents, Michele and Aaron, decided they wanted to bring Marco, his sister, Erin, her girlfriend, Donielle, and I to NYC for a long weekend. So we all packed up and took the train in to Midtown where we stayed for three nights…Marco brought along the ring.
Friday went by, Saturday went by and then comes Sunday. Marco, Aaron, Erin and I decided to walk across the Brooklyn Bridge into Dumbo. Michele and Donielle meanwhile took a cab across it and hunkered down in a Mexican restaurant where we had lunch once we all crossed.
The walk was beautiful — cold, but beautiful! The sun was shining and the views were spectacular. After lunch we explored Brooklyn a bit. Donielle had to catch a train home that night back in Manhattan, so Marco put the four of them in a cab.
He suggested we walk down by the water to view the bridges on our way to pick up the subway back to Manhattan and of course I obliged! A romantic walk by the river? I am in!
I asked him for a quarter so I could look through the view finder, and he said no! I thought, ‘Well that was odd, but maybe he is cold and wants to get moving.’ I shuffled through my purse for a quarter, stuck it into the machine and it happened to be jammed! I turned around to tell Marco and he was down on one knee! I immediately went into a dream state and starting crying and yelling ,”You’re joking right?! This is a joke! What?!” He then asked me to marry him. We hugged and kissed and then he said, “So, what do you say!?” Of course I said “Yes!” He put the ring on my finger and we celebrated all night and into the next day. 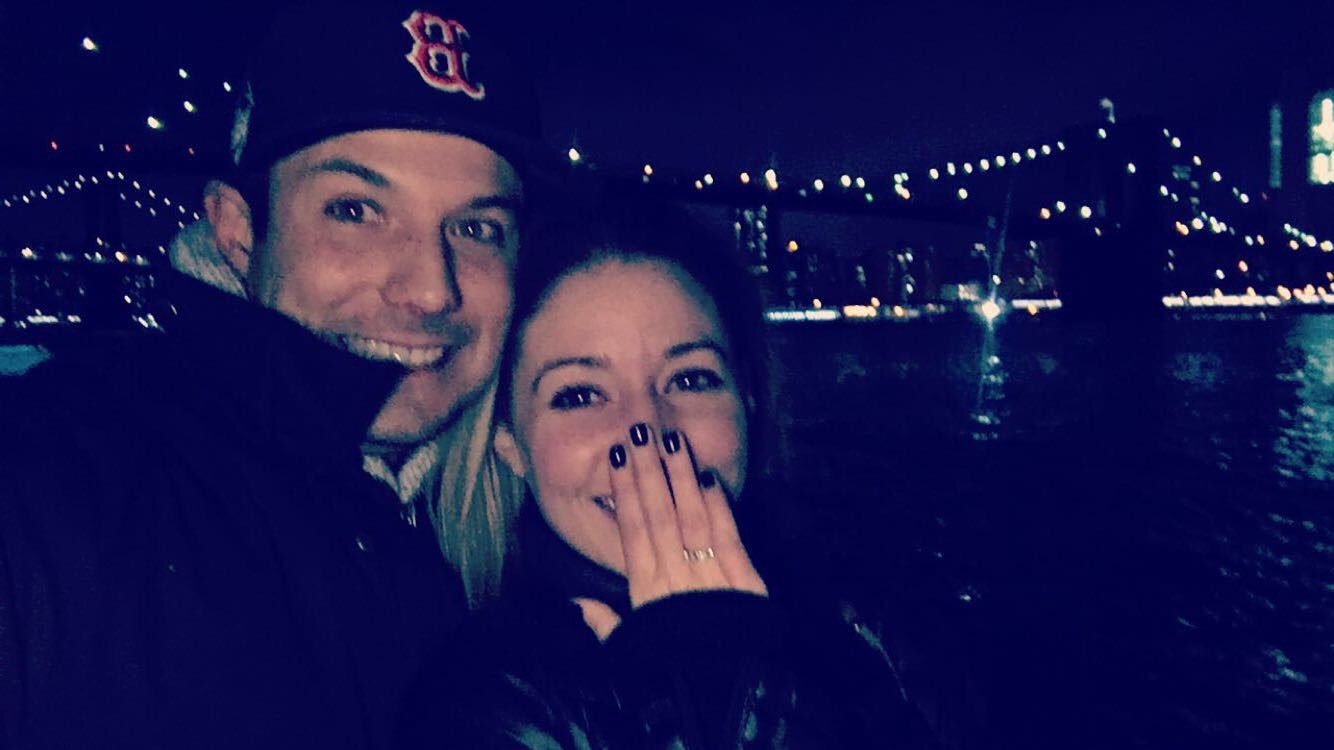