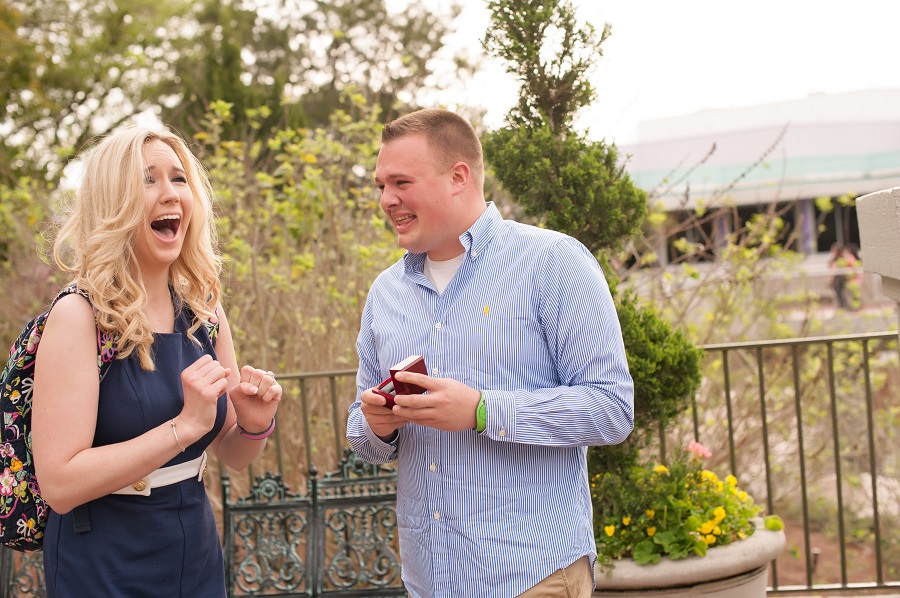 Jessica Marfeo of Exeter and Jariah Roderick of Torrington, Connecticut are set to wed December 3, 2018 at Walt Disney World.

Jariah and I had our paths 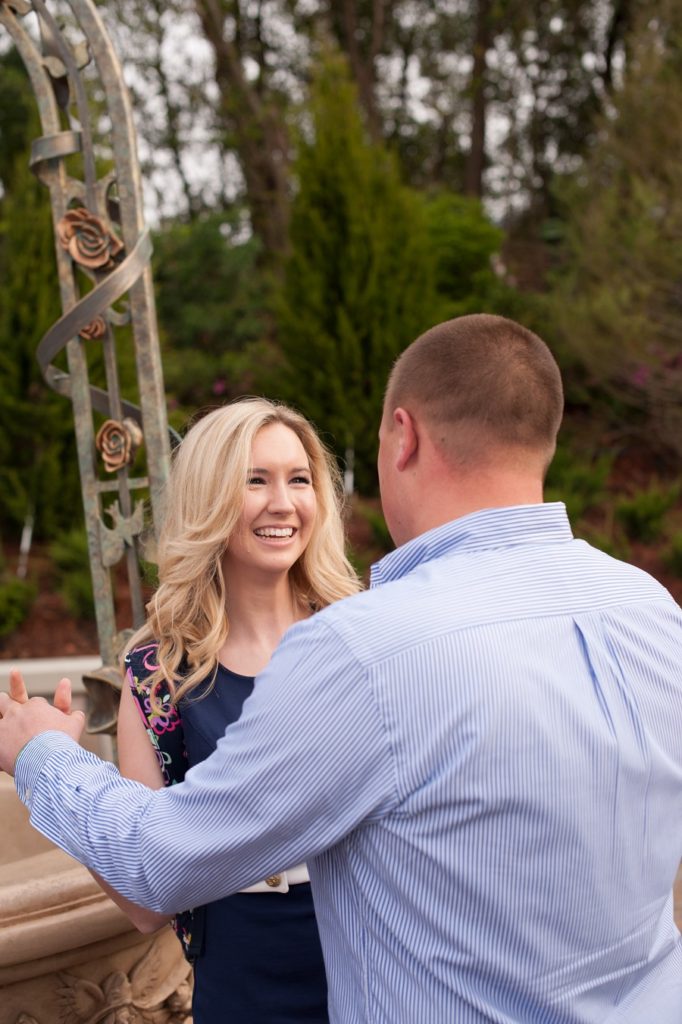 cross many times growing up. Both our families were involved in the racing industry, and his family even attended my family’s annual car show and fundraiser which raises money for children and families diagnosed with cancer in memory of my brother Michael. However, it wasn’t until we were both in college that Jariah and I actually spoke to each other for the first time. My dad and Jariah were on the same race team and Jariah would spend many nights and weekends in our backyard working on race cars. In the time he spent at my house we began to have a friendship. Many times I would find us laughing and discussing college life and topics after dinner or I would make excuses to go out to the garage to see him. As the friendship blossomed, a crush also soon developed; I hoped that the cute race car driver would soon ask me on a date. In December 2012, that day came when Jariah asked me on out on our first date — with the race team and my dads blessing of course! We went out to dinner and I knew on that date that I had met someone special. On January 11, 2013 he asked me to be his girlfriend and we have been together ever since, accomplishing our goals and dreams together.

Disney has always been one of my favorite 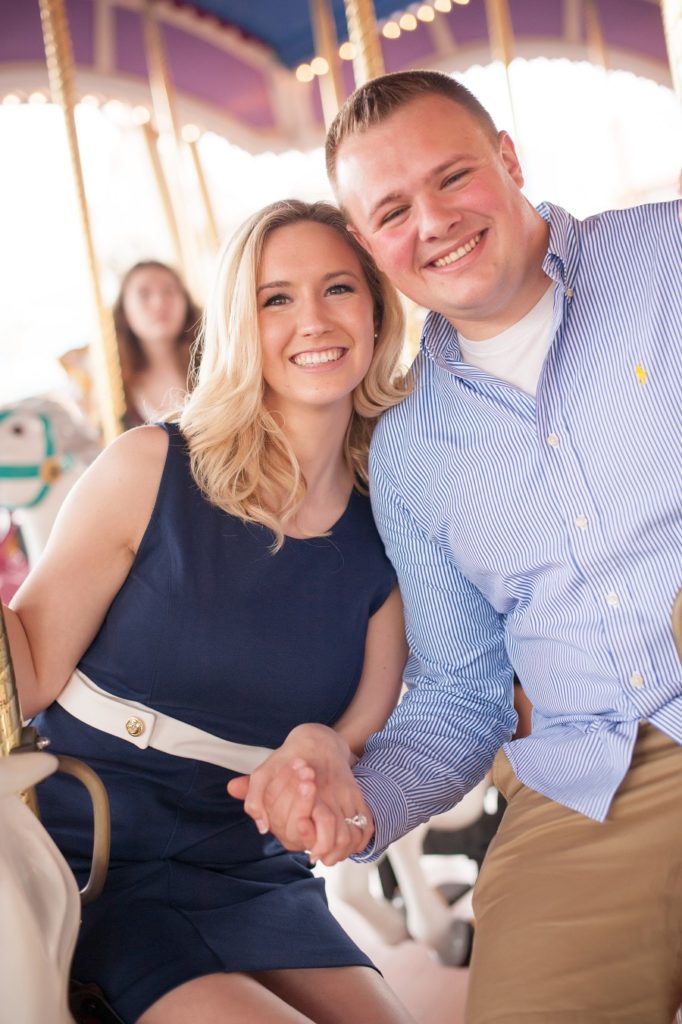 places to travel, visit and celebrate in the magic. I grew up singing the songs and always traveling to Disney world with my family. To me, it was more than just about the princesses and magic — it is the place where dreams come true. My love for Disney grew even more when I worked as a princess, for a local New England princess party company, performing as Cinderella and Elsa every weekend for two years of our relationship. Jariah and I traveled to Disney for the first time as a couple during Christmas 2015 and it was one of the most magical experiences to share in the joy of Disney together. So when planning a proposal, Jariah knew he would take me back to one of my favorite places, Disney World. Jariah began planning the proposal in March 2016. He planned a vacation for us during my spring break of March 2017. Since I am in nursing school, I took no suspicion to him planning the vacation due to my commitment to school. So when he discussed vacation plans for 2017, Disney was chosen. Little did I know, he had much more planned to this vacation.

In planning, Jariah’s goal was to have all our family and friends make the trip down to Disney World, in order to be apart of the proposal. He successfully kept over 20 people from spilling the beans before the big moment. He also began planting the seeds that a proposal wouldn’t be on a the horizon ’till after I graduated nursing school. Jariah even went as far as not taking a carry on bag with him so I wouldn’t find the ring. On March 13, 2017, the morning of the proposal, Jariah told me that we had plans for a brunch in Magic Kingdom and to dress nice.  I was immediately excited because I love breakfast and getting dolled up. Jariah was cool, calm, and collected the whole morning and looking back I am quite impressed at how calm he was.

As we walked down Main Street USA in Magic Kingdom, I became inquisitive of where we were going. Jariah, holding the surprise together, said I would soon find out. We walked towards the castle and immediately veered to the right, crossing the bridge. As we walked over the bridge we discussed what was to the right of us (he was distracting me from looking towards the castle because a surprise was waiting). As we turned towards the back of the castle, I immediately thought we were going to Cinderella’s royal table. However, as I turned the corner I saw our families standing by Cinderella’s wishing well. 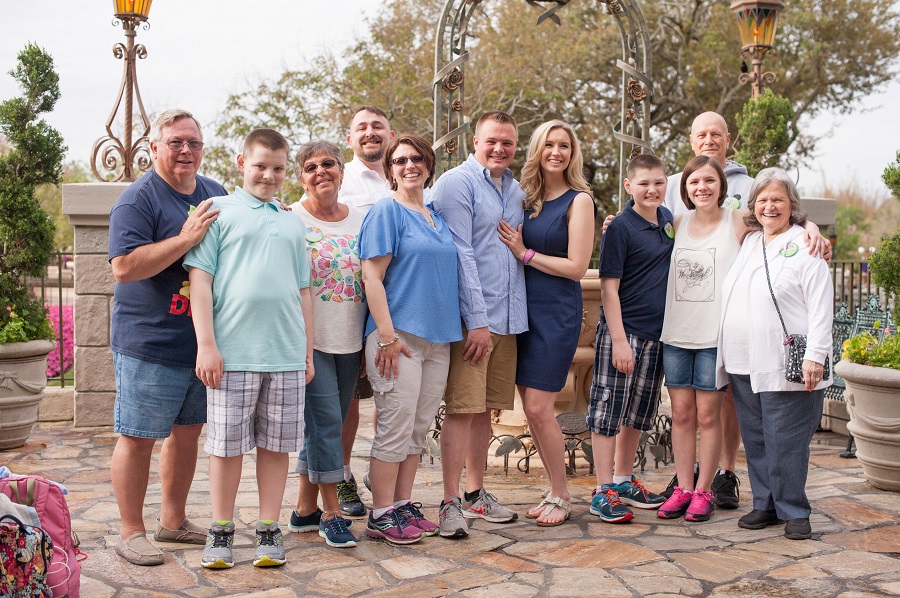 As we walked up to the wishing well I was overjoyed and excited they were here and VERY surprised. In these moments I was actually trying to figure out why they were there. It was then that Jariah began telling me that this wasn’t the only surprise he had planned. He grabbed me close and told me, “It has been the best four years with you and I couldn’t imagine my life without you.” At this point we both were crying and he turned towards his family where his mom handed him a ring box. Jariah knelt down and asked me to marry him.

I was so excited that as he went down on his knee I followed him and knelt down myself. I, of course, said yes and was overjoyed with emotion and excitement. A crowd was watching us from the bridge and near the wishing well and applauded when I said yes. It wasn’t until after I stood up that he asked, “Would you like to see the ring?” When I did I almost fell over with the beauty of it. I immediately started crying again as he placed the ring on my finger. 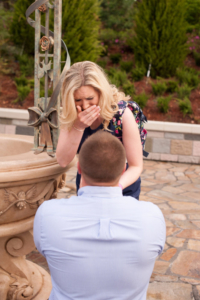 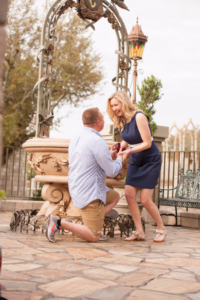