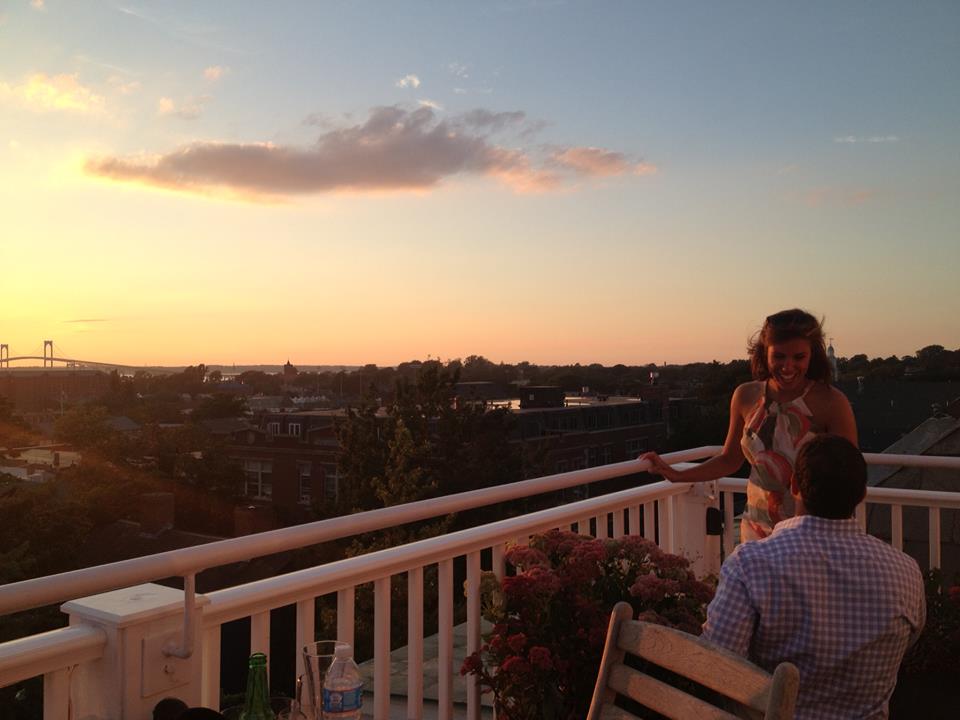 Binders. Magazines. Ripped out magazine pages. Guest Lists. Lists stacked upon lists upon lists. If your dining room table is now your wedding headquarters rather than a place to eat then, girl, I’m with you!

When Adam got down on one knee and slipped that ring on my finger we immediately knew we wanted to get married within the year. We chose August 30, 2014, and embarked on this crazy adventure known as wedding planning. At first, there was a month of relaxation, excitement, tons of joy, and then panic. How do you plan a wedding within a year when every online inquiry (I now consider myself a pro inquiry filler- outer) responds with the dreaded “we’re booked,” or “here are the three dates we do have available.” It hits you with that sinking feeling, and then it hits harder that it’s time to get moving. Start calling, start booking and signing contracts but, most importantly, send in those checks.

Let me give you the background behind the bling…

It all started in kindergarten — no, I’m not joking. Mrs. Lupino was my kindergarten and third grade teacher, and I was her favorite student (I really was, just ask her). Little did we know then that Mrs. Lupino, the lady teaching me numbers and letters, would one day be my mother-in-law

Thirteen years after kindergarten, Adam and I were at a mutual friend’s graduation party when we totally hit it off. We had a connection — a spark — I don’t know what exactly, but it was that feeling you get. Both avid golfers and sports fans, we had a lot to chat about, and we talked all night. We exchanged numbers and planned to play golf together soon. A few days later Adam ran into my neighbor, Lauren (now my co-maid of honor), and told her how we hit it off. Bam! She squashed the idea, immediately. I was just going away to college, and Adam had just graduated from college so we were really at different points in our lives. She was right.

During the years that followed we ran into each other a few times. It is Rhode Island and we both live in Cranston — no escaping. As for playing golf together, “soon” still hadn’t happened, but we both were interested in catching up. Finally, we started talking again and promised that we would get serious and set a date for golf. That was it. We played golf, we traveled a little bit and, within the year, we were engaged. 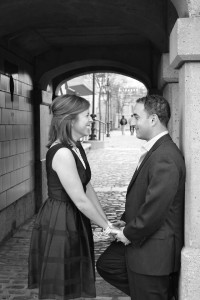 Every engagement story has its funny moments, and ours is no exception. I thought I was going out to celebrate my recent MBA graduation (little did I know). A late afternoon sail on the Madeleine in Newport followed by dinner and drinks was the plan, but the plan was hindered by Newport traffic and major parking issues. Typical Newport on a Saturday in the summer (good luck trying to park) caused us to be very late and ended with me standing in a spot yelling at cars, “I refuse to move!” (Side note: I can’t believe I turned into one of those crazy people that I usually yell at, but the situation called for extreme measures.) Tensions were running high between Adam and me but we parked, gathered ourselves and enjoyed a relaxing sail followed by cocktails at 22 Bowens.

The next stop before dinner was a surprise on the rooftop deck at the Vanderbilt Grace Hotel, where a private table with Prosecco and flowers awaited us. Adam said we were finally celebrating my graduation and stalled a bit. He then asked me to go watch the sunset overlooking the Newport Bridge. He got down on one knee and proposed just before sunset to the cheers of total strangers and my immediate tears of happiness. Shortly thereafter we met my parents, Adam’s parents and his grandmother at Brick Alley Pub — another surprise! — to begin the celebration.

Phones were flying across the table as we called everybody we could think of to tell them that we were finally engaged. Mass texts were sent to all my closest friends, most of who responded with “OMG!! Send me a picture of the ring. When’s the date?!”

WHAT? We just got engaged. How were we supposed to pick a date already?

Needless to say, the wedding planning began and here we are, looking forward to sharing our crazy planning stories with you.