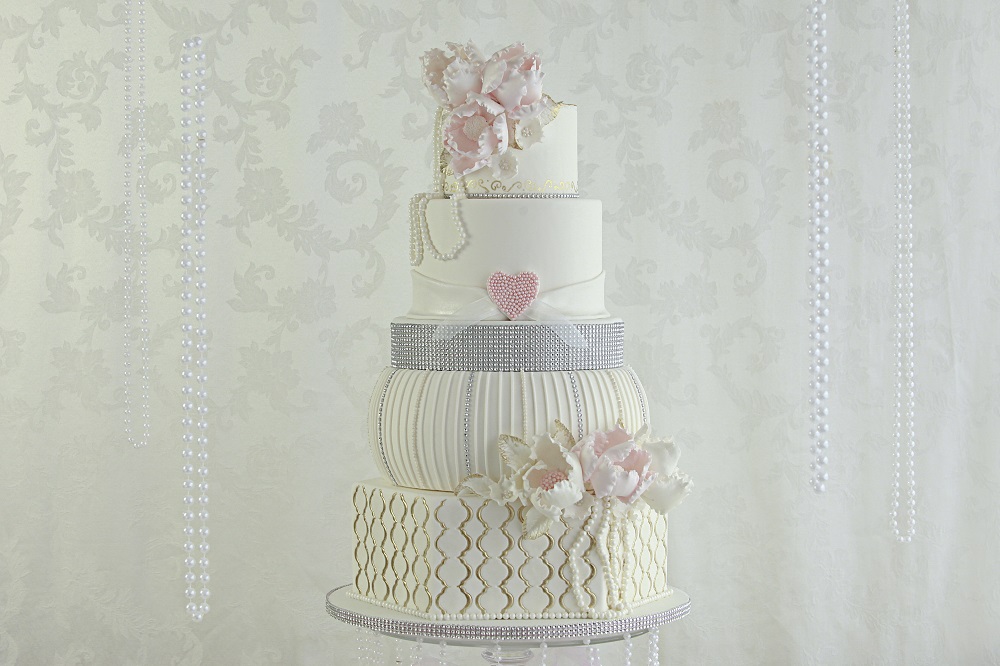 Being a sweets person, I was super excited to taste some cake. At the bridal expos we attended, a number of bakeries had delicious cakes to try. Naturally, we tried every free sample we could get our hands on because, let’s face it, cake is pretty important. Some were just “eh,” while others were way too sweet. We had heard of Queen B’s Cakery in Johnston and tried one of Bianca’s samples. It was delicious, so moist (I can’t believe I just used that word — I hate the word moist — ew! There was actually a full episode of “New Girl” that focused on the word moist and how gross it was) and the perfect amount of sweet.

After making a few appointments with Bianca at Queen B’s and then having to cancel (sorry!!), we finally sat down to talk all types of cake. Frosting vs. fondant. Chocolate vs. vanilla. Big vs. small. Real vs. fake. You think the cake is going to be one of the easier decisions? Guess what, girlfriends: It’s not. (Although, I took care of our hardest cake battle early on. Adam, being Adam, wanted an ice cream cake. It’s a phenomenal idea, until you think logistics. Melting, sliding, mushy — all types of recipes for disaster.)

After sitting with Bianca, we narrowed it down to either the pink champagne cake, the funfetti cake (Adam’s request) or, since you get to try three flavors, the chocolate peanut butter cake, because that just sounded phenomenal.

Two weeks later, we went back to try the cakes. Bianca brought out three (adorable!) little cakes. We took a slice of each and decided on the pink champagne cake. There was enough left to bring home and share with our parents. We ate cake for three days — nothing wrong with that! Bianca drew up the design and it was perfect. Now we just have to wait until August 30 to eat some more and then August 30, 2015 to eat the frozen, year-old top tier. YUM!