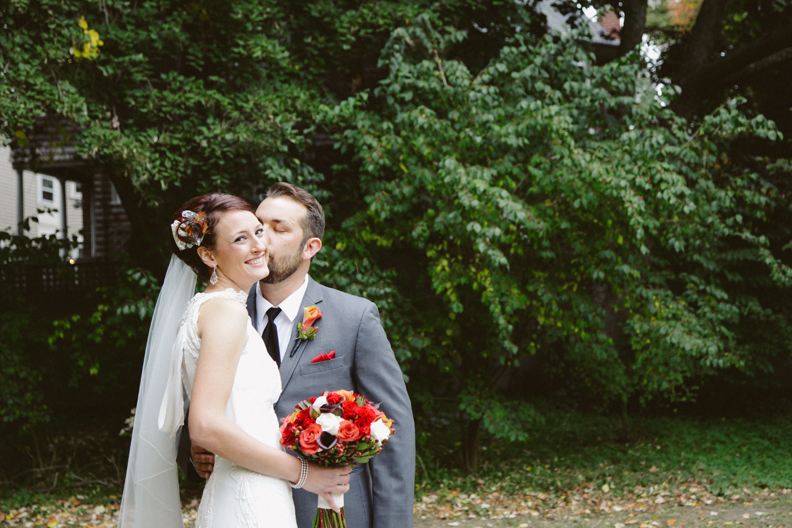 Rick and Joanna met at an AS220 drawing class, but the pair really hit it off elsewhere. Joanna was part of a community garden in South Providence, which happened to be right next to Rick’s weekend painting spot. Slowly but surely, Joanna found she was doing less weekend gardening and more painting with the guy next door. Before long, they were inseparable. Because Providence was such an integral part of their story, Joanna says they wanted to be married in the city at a venue that was “uniquely Providence.” Aldrich House, says Joanna, had everything they wanted: elegance, intimacy and vintage beauty. Looking back, she says the entire day couldn’t have been more perfect.

Although she’s only been hitched for about six months, she has some sage advice for brides-to-be: “No matter what happens on your wedding day — whether you fall and rip your dress and it pours rain and the cake collapses, or everything goes perfectly — on that day you will marry the person you love and celebrate it with the people who care about you, and that is the only thing that matters.” Well said, Joanna.