Karen and Meghan
Prev Next
Search

A sweet proposal followed by an even sweeter wedding at Mount Hope Farm. 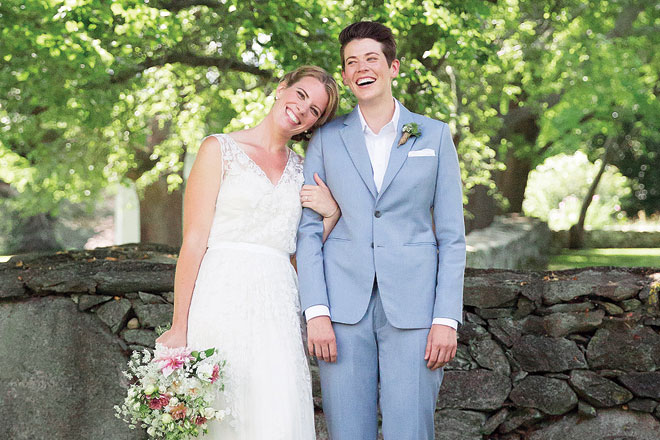 Meghan and karen met in a graduate class at Columbia University. Each made note of the other: “I noticed Karen because she always came to class really late. Like really late. And Karen said I talked too much,” says Meghan. (“She was that person who’s always talking,” says Karen.)

When a mutual friend decided to play matchmaker, their opinions softened and their story began.

Meghan already had an engagement ring and a plan the night that she and Karen went to dinner and Karen broached the topic of marriage. “I didn’t want her to suspect anything, so I kind of played it cool. And she ended up crying in the restaurant,” says Meghan.

“She didn’t just play it cool,” says Karen, laughing about it now. “She made it seem like I was crazy.” About a month later, a day before Karen’s thirtieth birthday, Meghan followed through and proposed in the same room where she had first told Karen that she loved her.

Not wanting to get married in New York, the couple began looking around Meghan’s home state of Rhode Island for possible venues. After an initial visit to Mount Hope Farm, the deal was sealed.

“It was an awesome day,” says Meghan, looking back. “There was a lot of laughing.”
–Jennifer Steffy Swanson