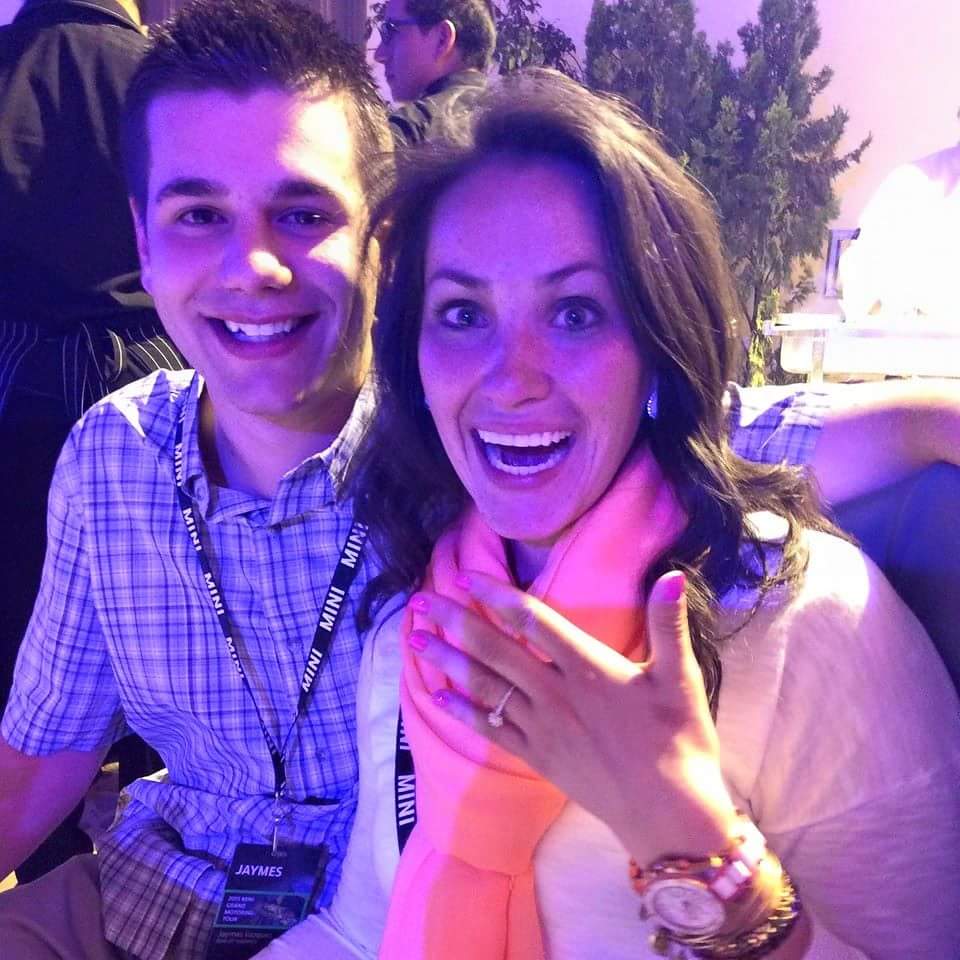 Tell us how you met: Jaymes and I are both from Warwick but went to different schools.  We never knew each other growing up but had several mutual friends through sports. I was home from college during the summer of 2010 and joined a co-ed soccer team with some friends from highschool — Jaymes was also on the team. The summer ended and we did not see each other until again a mutual friend’s birthday party in February 2012. We started talking that night and the rest is history!

Tell us your proposal story: In May 2015, Jaymes won a trip to Peru through his work, Mini Cooper. The second day of the trip we had just gotten back to our hotel to get ready for dinner that night at a museum. A bottle of champagne was waiting for us in the room — I simply thought it was another gift from Mini! An hour later we were at the dinner cocktail hour and they were going to give out some awards before dinner started. We were sitting at a big round table with some other couples we had met and they called Jaymes to the stage. He started talking and called me up to the stage, I immediately looked at my friend Laurel and said, “It’s happening!” I got up on stage and in front of more than one hundred people, my best friend asked me to marry him!
Luckily all of our friends had recorded the proposal on their Ipads! Due to all the excitement and crying I couldn’t remember what was said afterwards so now we can look back on it forever.

It was a trip I will never, ever forget!