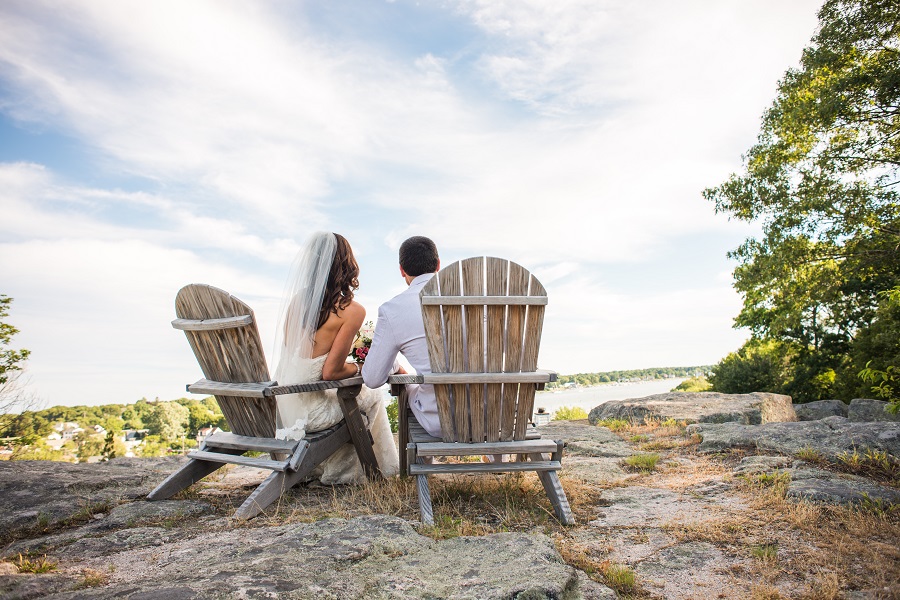 We feel like this Blueflash photo (which can also  be seen in Engaged 2017!) really captures the whole Rhode Island aesthetic — it’s definitely one of our personal favorites!

Blueflash Photography isn’t just a company where you purchase wedding photos and that’s that. With Blueflash, you are getting an experience. Their innovate team not only works hard and loves what they do, but they want your special day to be unforgettable. They want to know who you are as a couple and what your story is. Their goal is to preserve moments and the little flashes that will last a lifetime.

We asked the founder and photographer, Matt Celeste, for a few of his favorite moments that he’s captured on film since Blueflash began. We could feel his passion for what he does oozing from our screens.

What’s your all time favorite photo you’ve ever taken? Is there a story behind it? 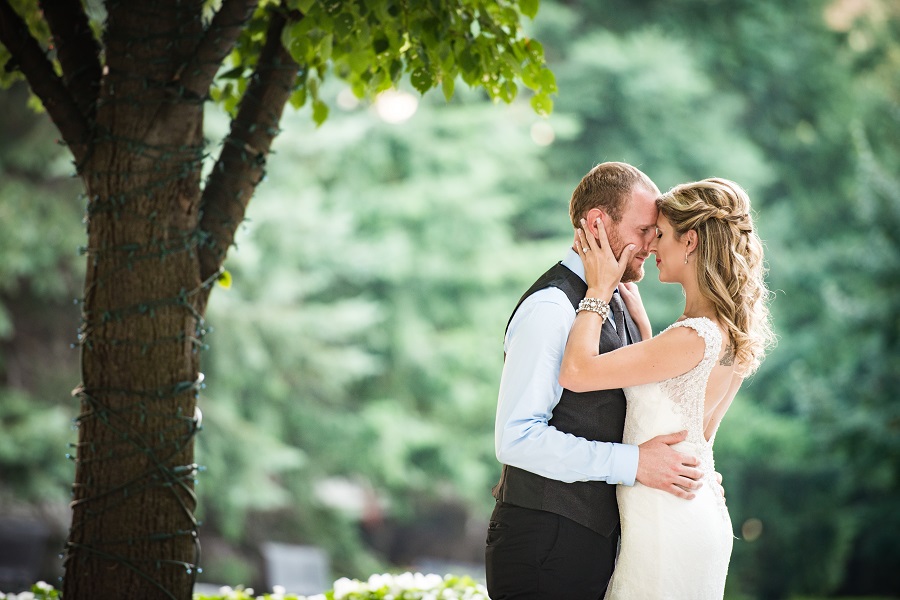 This photo is from a wedding we photographed and filmed in Grand Rapids, Michigan. It’s a favorite of mine not because it’s a crazy photo or the location is exotic but rather because of who’s in it. Jess (the bride) was the first person we brought onto our team as a lead photographer in addition to myself. We became great friends over the years and now she lives in Michigan with her husband Chad. It was bittersweet shooting her wedding — happy for her to get married but sad to see her move away.

If you had to pick your favorite candid, what would it be? 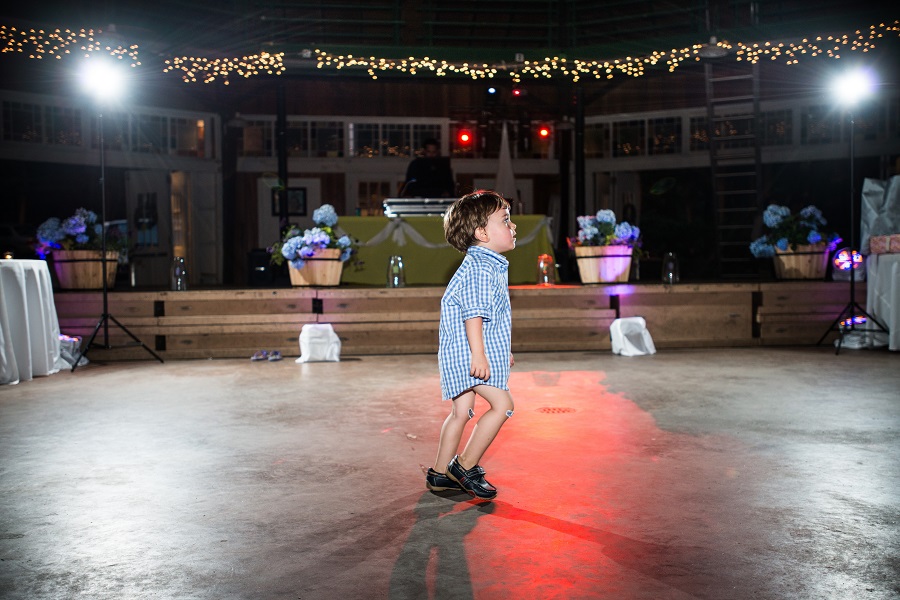 Kids have the most fun — I love how this kid is on the dance floor and doesn’t care that he’s got double knee Band-Aids and no pants.

Do you have a favorite style of photography that you prefer?

We shoot across the spectrum so people end up with a good variety in their collection, but I definitely lean toward dramatic environmental portraits that we light.

What has been your favorite engagement session shot? 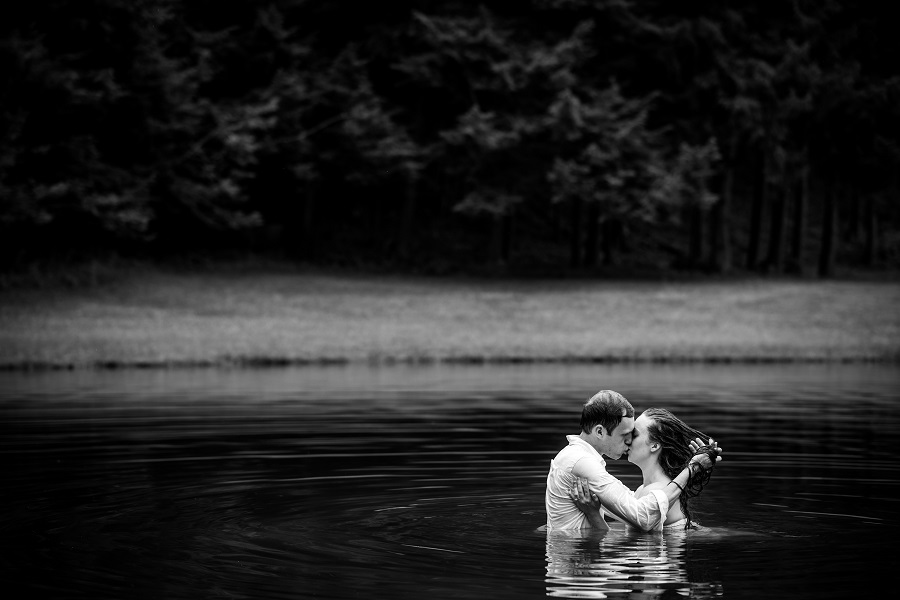 There have been a ton, but this one probably takes #1. Sometimes you have to get a little wet to make it happen.

If you could pick your ideal Rhode Island engagement session location, where would it be and why?

It’s a toss up between the streets of Providence or Newport. I like going into a city and walking the streets looking for interesting buildings, alleys, and other backdrops to use. I’m a big believer in not needing to have an outrageous location to get awesome photos.

What is your favorite drone shot that you’ve taken? 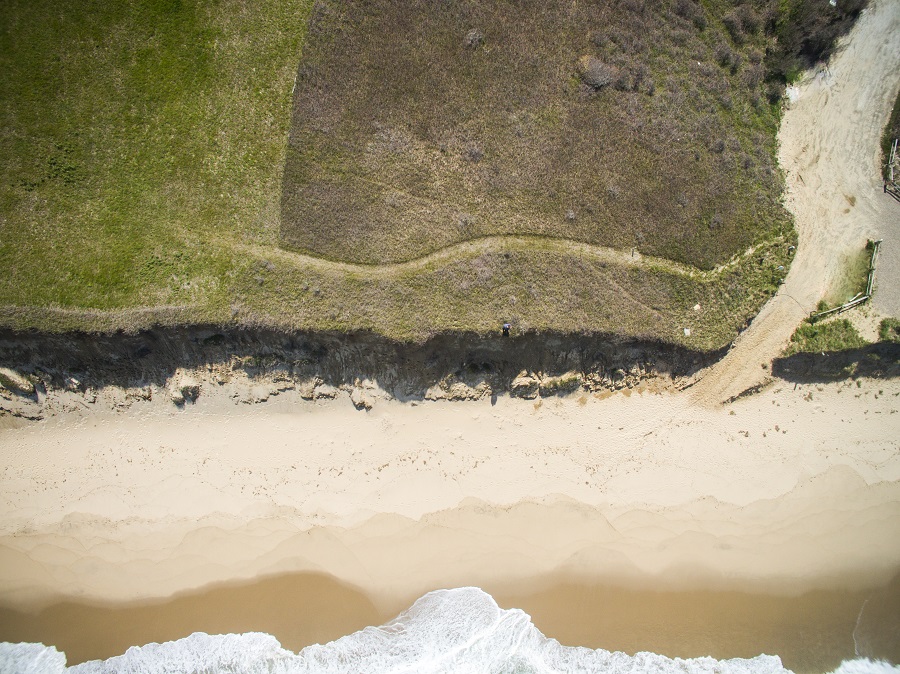 This photo was taken from an engagement session on Martha’s Vineyard. The couple is tiny in the photo, but they’re standing on the edge of a cliff overlooking the ocean. I like the waves creeping into the bottom of the frame.

What has been the most fun bridal shoot?

This is a hard one. We have a lot of couples that are really fun to be with. It makes the day just feel like we’re hanging out with friends.

If you could give an award for “Cutest Couple,” which of your clients would you give it to? 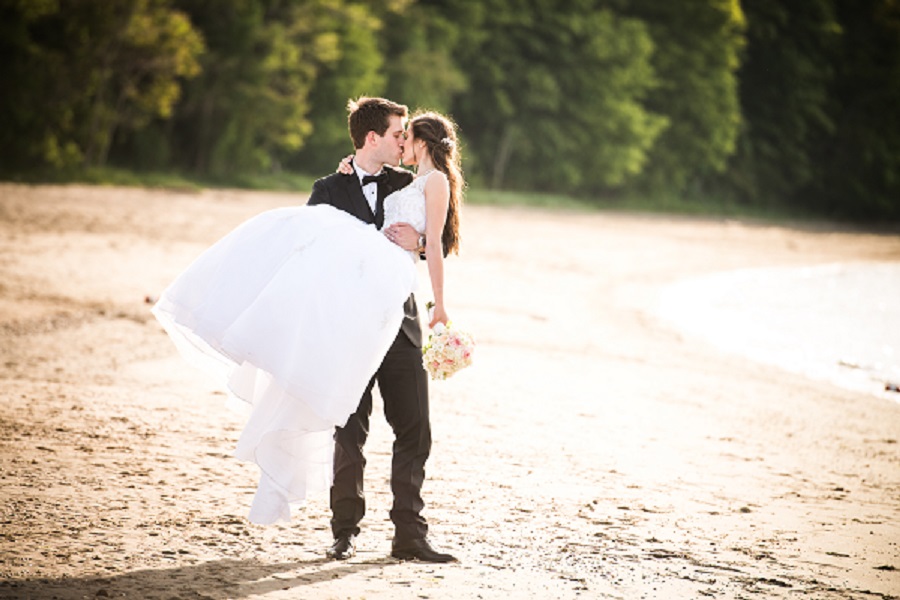 Katie and Ben were some of the most genuine, kind, and gracious people I have ever come across. After their engagement session they even took me out to breakfast! It was such a pleasure to be with them throughout their wedding adventure.

Can you show us your favorite dance floor photo? 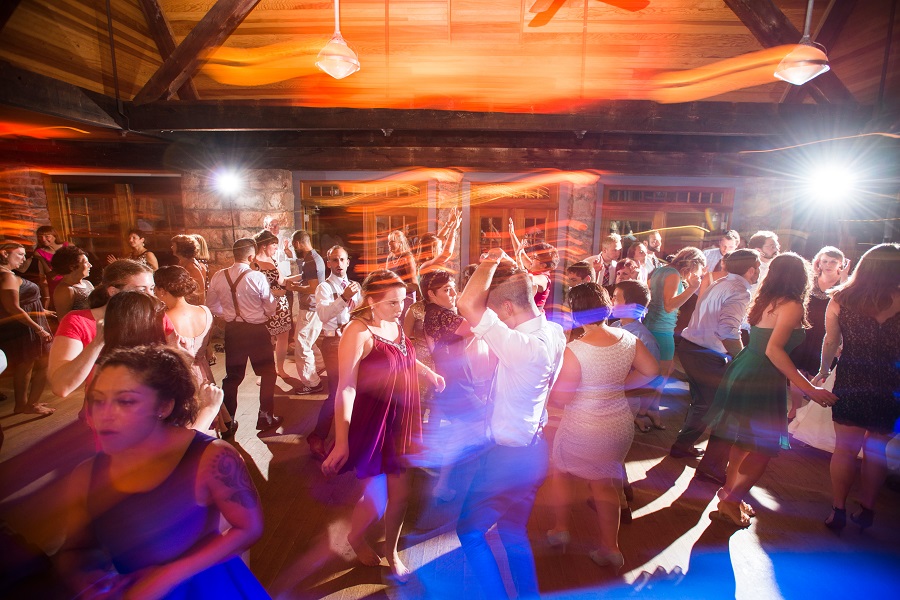 We have literally thousands of dance floor photos so this was impossible to choose. I like this particular one because it shows a lot of movement and energy on the dance floor.

Your photo booth looks like a blast — what’s been your favorite bluecube image? 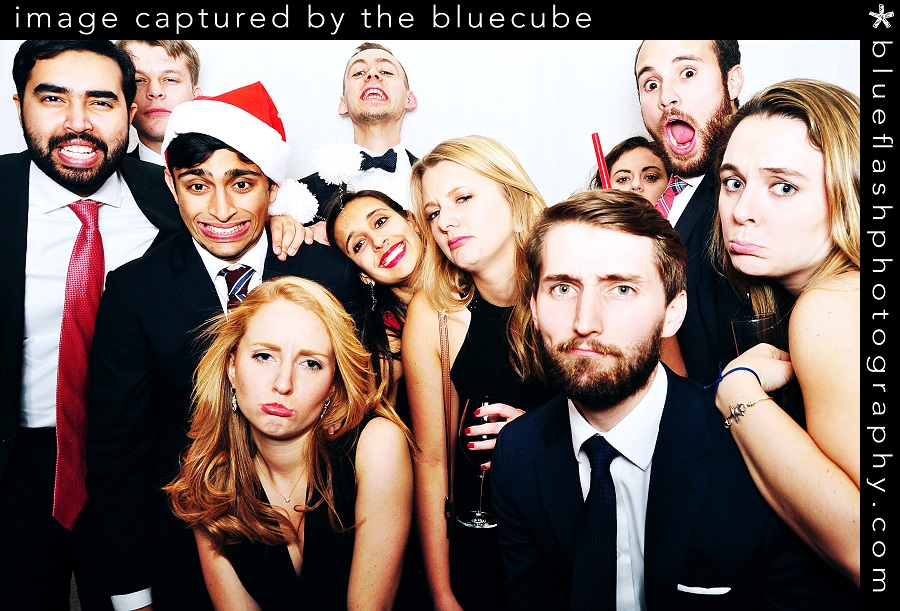 There’s some stiff competition in this department. Things get crazy in there. We love any photo that has a ton of people having a good time. Here’s a good example.

When shooting weddings, what specifically do you look to capture?

Real moments. We try to do our thing without being noticed. That let’s us capture people in their natural state, which we feel shows them at their best.

Do you have a photo to describe the best part about your job? 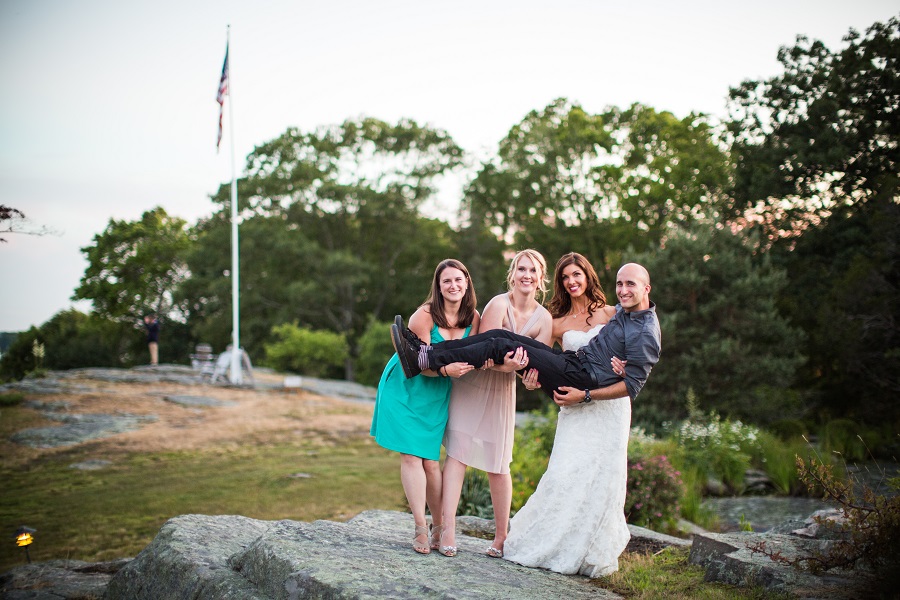 This is me, being held up by three Blueflash brides. Two are sisters and the other is a best friend. This was the third of the three weddings that we were able to be a part of. When we get to be involved with families like this (there are a few others as well) it’s a really awesome thing. By the third wedding you feel like part of their family.