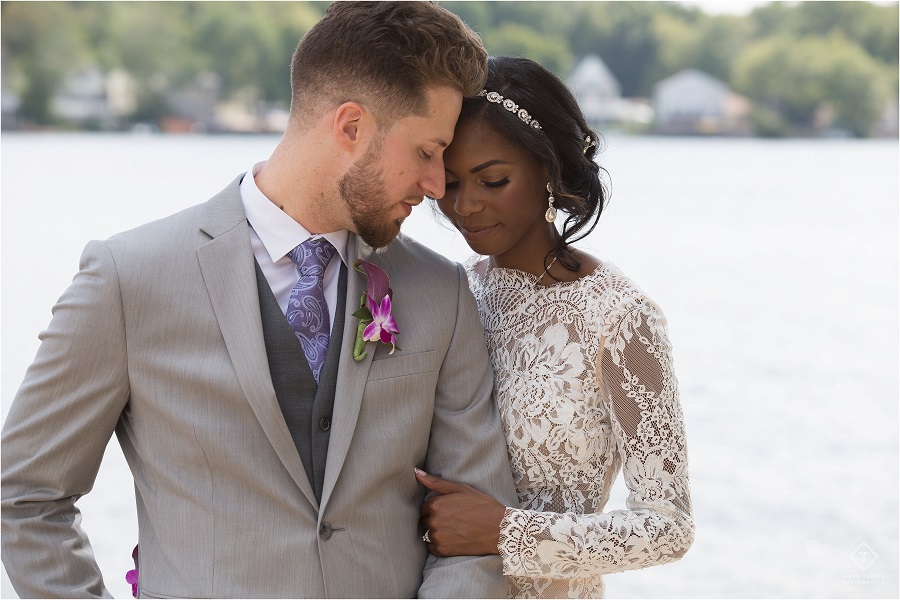 Sina’s and Andy’s love story began at a college party. “I had been friends with someone who was dating Andy’s brother — my brother-in-law now — at the time, and she invited me to his birthday party, ” Sina recalls. Naturally, Sina and Andy bumped into each other at some point in the night and sparks flew. But was it love at first sight? “I would say so!” Sina laughs. 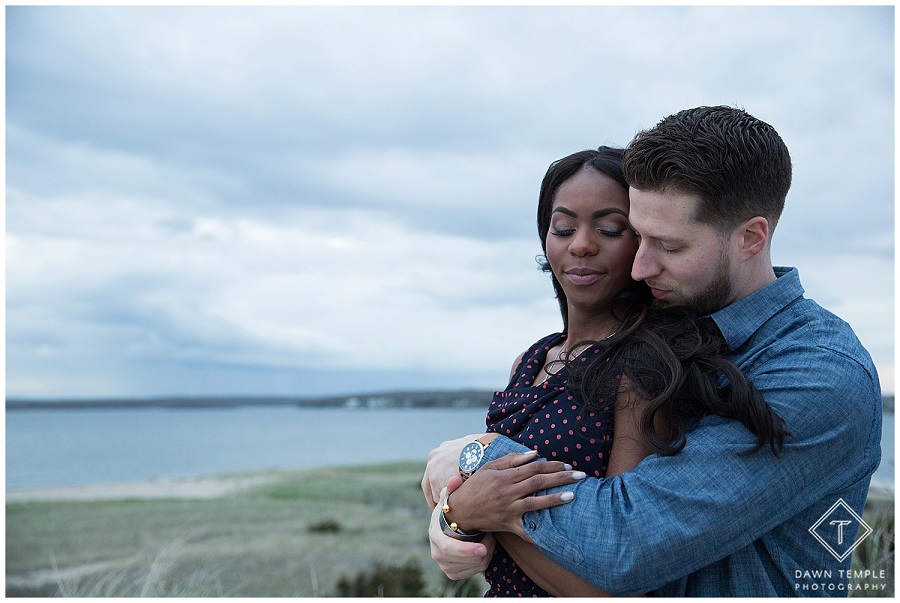 After seven years together, Andy thought it was about time he put a ring on it during their annual Christmas-time trip to New York City. “We go to see our friends that live there, but we always make a point to see the lights and everything at Rockefeller Center, too. This time we left it for the last night we were there and it was packed,” says Andy. “Which made it pretty-nerve wracking.” But Sina was none-the-wiser when Andy asked a stranger to take their picture in front of the tree. “Then I asked him if he could take one more of us and that’s when I got down on one knee,” Andy recalls. Sina adds: “Everyone in the square cheered for us — it was overwhelming!” The happy couple followed up with a romantic stroll around the city and then celebrated with pizza and wine on the train ride home. 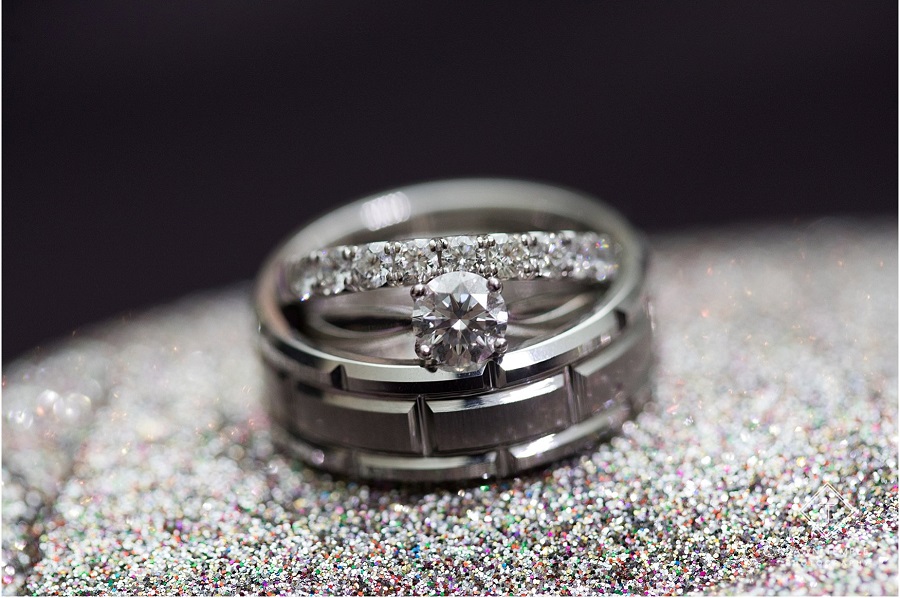 While neither Sina nor Andy are originally from Westerly, the couple knew that the coastal town would be the perfect backdrop for their engagement photos. “We lived together in an apartment above one of the downtown restaurants, so it played a huge part in our relationship. We just have so many memories there,” Sina says. They then chose Dawn Temple for their photographer after Sina was blown away by her displayed portfolio at a bridal expo, and the couple was happy that the session allowed them to get more familiar with her style. “And it was good because you get practice in front of the camera,” Sina explains. “You get more comfortable with your movements and you learn how you want to be portrayed in the photos.” 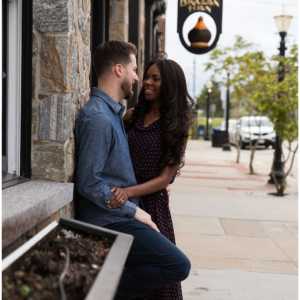 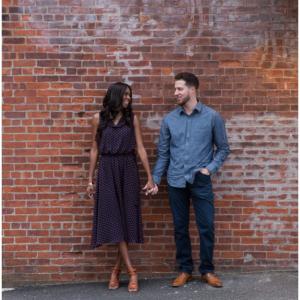 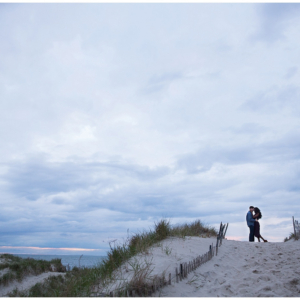 Sina and Andy tied the knot at Lake Pearl Wrentham on August 27, 2017. Details included a purple palette (props to them for foreseeing Pantone’s 2018 color of the year!); a gorgeous lace gown that Sina won at a bridal show raffle; breathtaking portraits by Dawn; bridesmaid dresses by resident celebrity designer, Jonathan Joseph Peters; an awesome dance party put on by DJ Valentina; and delicious black and white cookie favors (“All of our guests thought that was pretty clever of us,” Sina laughs). Nick’s favorite moments from that day included seeing Sina walk down the aisle towards him and then making their reception entrance as Mr. and Mrs. Chartier, while Sina especially enjoyed a theater-inspired moment of “shaking off” the nerves with her father prior to the ceremony. 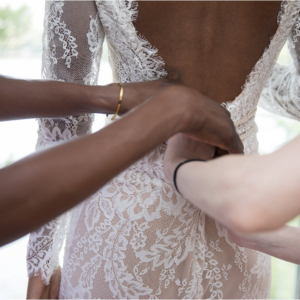 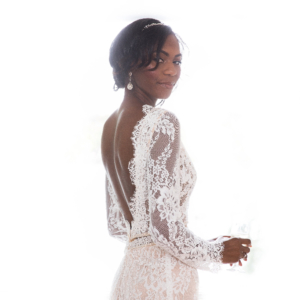 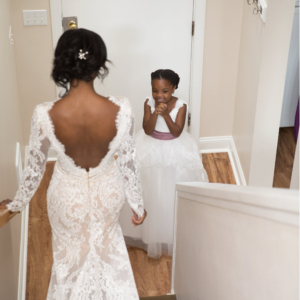 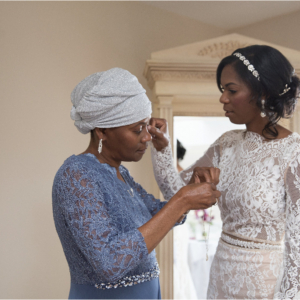 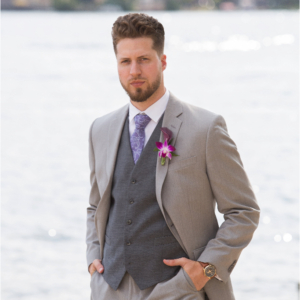 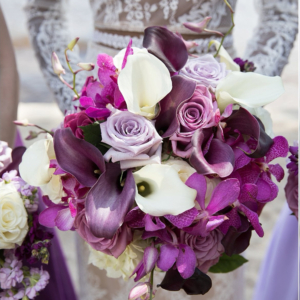 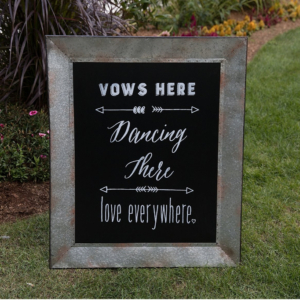 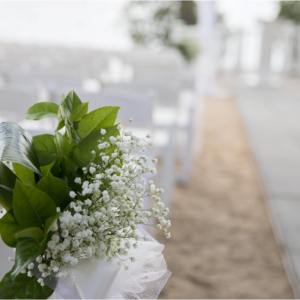 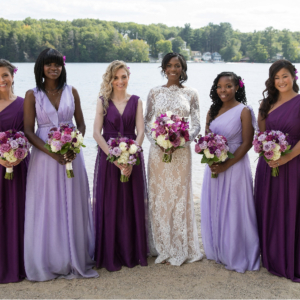 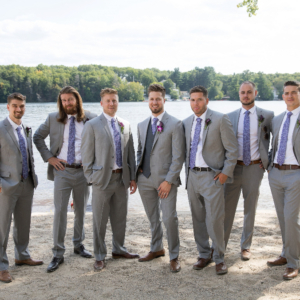 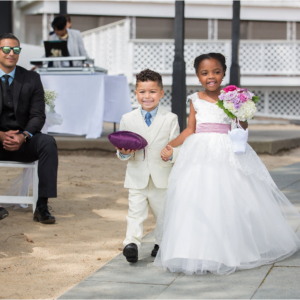 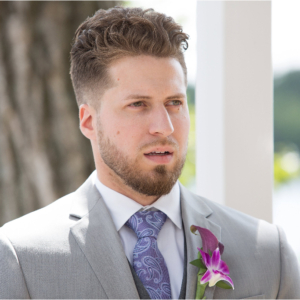 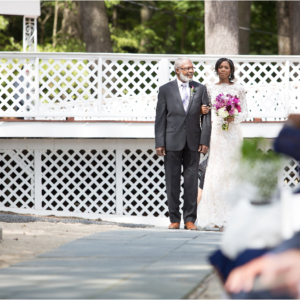 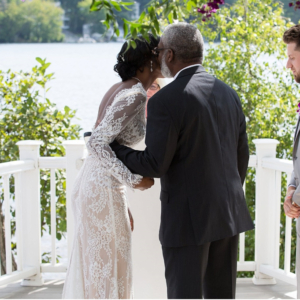 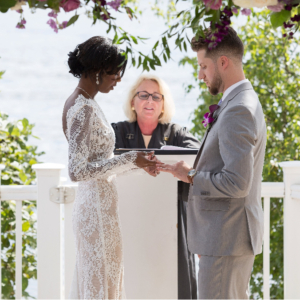 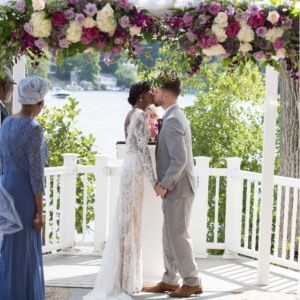 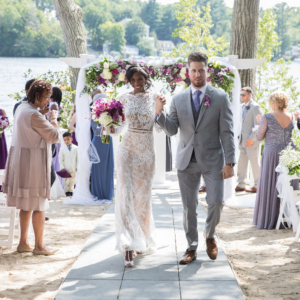 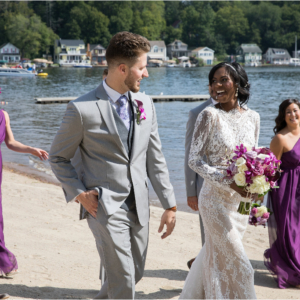 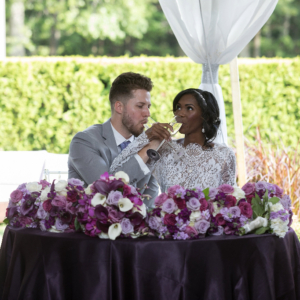 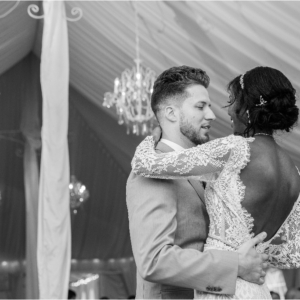 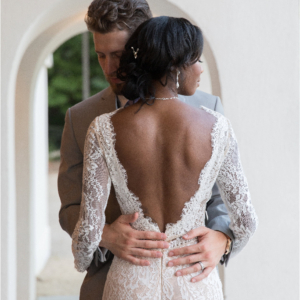 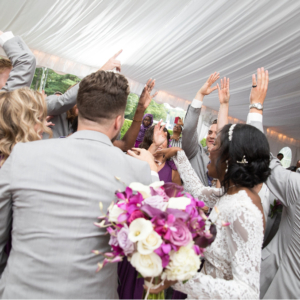 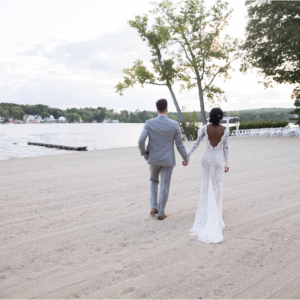