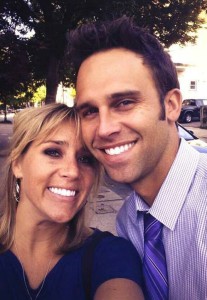 Glen and I were super excited to get a crazy wild offer last week. A friend of a friend said, “Hey, you should check out this place. Maybe you can get married at XXXXX!” (We’ll call it XXXXX because I’m not ready to throw it out there.)

We both got pumped. I hadn’t been that excited yet. It sounded amazing. It’s a private place, off the beaten path, and it would be something no one has ever done. I’m talking no one.

Glen and I are adventurers. We like to explore. We like to do new things. So the idea of doing something different for our wedding is enticing. My goal for our wedding isn’t to blow people out of the water, but if we got married at XXXXX and if, as a byproduct, people were super impressed, I’m okay with that.

Here’s the thing, doing a wedding at this location could be…

Maybe an epic disaster. Throw rain into the picture? No. Just no.

We visited XXXXX, and getting there was an adventure in itself — it was a total blast! We had a great time. It’s beautiful, and it would be fun. My wheels were turning trying to figure out how in the world we could make it work.

There’s a part of me saying this would be a blast. Fun. Different. Exciting. That part of me keeps singing that Abba song, “Take a Chance on Me,” over and over again. The other part of me says it would be a lot of work and a lot of moving parts. I’m not sure it’s what I want. It puts a whole new perspective on wedding shopping.

Anything you’ve taken a chance on?