Amanda: The Days Before The Biggest Day Ever
Prev Next
Search 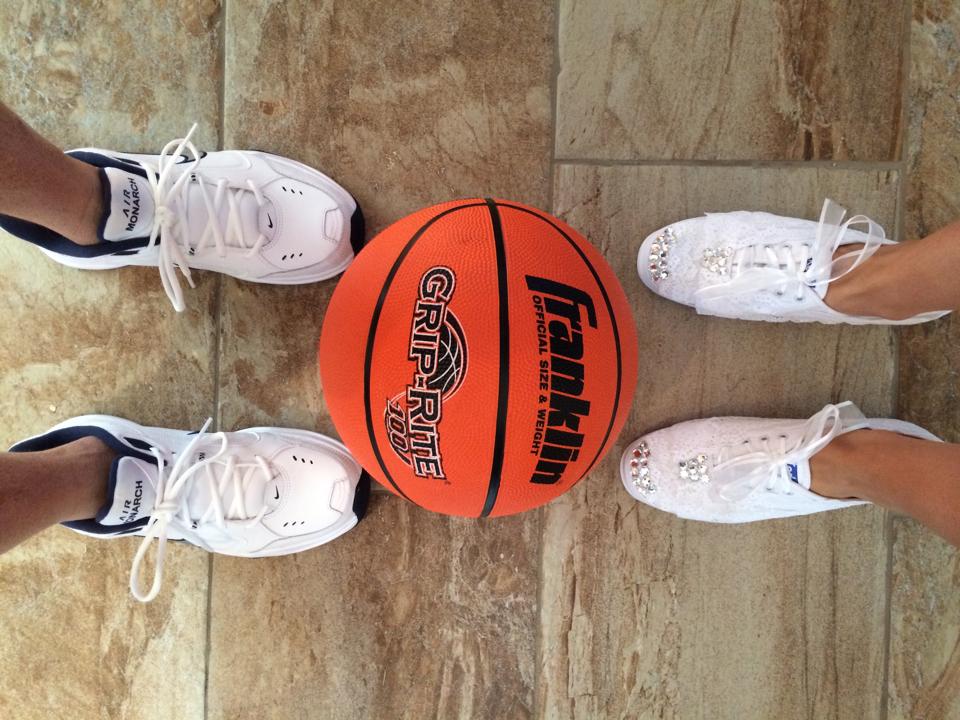 The rehearsal dinner and a special gift for the father of the bride.

All of a sudden there I was, standing at the back of the church ready to walk down the aisle. It’s finally here! Well…it’s almost finally here. We were at our rehearsal, the run-through for the big day. It was finally close. We were getting married in two days! We did our rehearsal on Thursday night, giving everyone a day to relax (and recover) in between. I was really glad we had decided on that. When I woke up Friday morning, I was tired from being out late, and I was full from eating lots of (fabulous) food at Costantino’s and was very grateful for that day in between.

Up until this point everything had gone pretty smoothly. Only one hiccup — my veil looked yellow next to my dress. My dress isn’t white and it isn’t ivory. But it is closer to ivory than white (it’s called oyster) so we got the ivory tulle with sparkles in it. Well, the sparkles were gold and next to my dress it looked yellow. But have no fear — Maria is here! Maria is my bridesmaid Merinda’s mom. (She was making my veil because she’s crafty like that.) We ran around to stores to find the right tulle. Once we found it, off Maria went, making a new veil. If this was the worst that was going to happen, I was totally okay.

The rehearsal dinner was a lot of fun. We gave our parents, bridal party and others who were having a special role in our day (readers, bringing up gifts, etc.) little tokens of our appreciation. I gave my mom a jewelry box but decided to do a little something different and unique for my dad. Our movie has always been Father of the Bride so I decided to buy him a basketball and sneakers and made myself a special pair of wedding day sneakers, just like in the movie. He loved it — and cried, which was kind of my goal. There were tears amongst many other people when he was opening it. I love giving gifts, but I’m not good at keeping surprises. I begged Adam to see if he would let me give him his gift early, and I was shut down. Absolutely not, he said.

Then it was Friday: ONE DAY before the big day. A day of relaxation, sort of. Adam played golf with his friends, went to lunch with his parents and then had the guys over for dinner. My mom and I picked up our dresses, went to lunch with my dad and then had the girls over for pizza and champagne. The last night of freedom! Before I knew it everyone had left and I was lying in bed thinking about the big day.

People asked me, “Did you sleep the night before?” Like a baby, because you get this surreal feeling that you’ve been waiting so long for the day that it can’t actually be here already?!?!

[Editor’s note: Those of you who have been following “Aisle Say,” Engaged’s Facebook page and/or Twitter account may be confused. Don’t be. Yes, Amanda and Adam married on August 30. She was, however, sweet enough to write this blog for all of us and still has a couple more coming on the wedding itself and the honeymoon before she signs off. (Hooray!) Stay tuned for more.]

Erika: Have A Seat