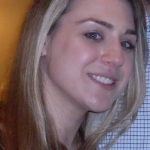 Well, I did it. I said yes to the dress…again.

A few weeks ago I wrote about the fact that I was having major dress regret and that my mom and I had decided to go hunting for the perfect new gown. There have been a couple of times through this wedding planning process where I’ve had to put my foot down about things I wanted or didn’t want. The first time I did it was when I laid down the edict that only my mother would be accompanying me on my dress shopping experience. That edict was quickly quashed, and throughout the dress shopping process (I bought my gown at the first store I went to, on the first day of gown shopping) I began regretting it. It wasn’t that my entourage wasn’t supportive, it was just that…well, they were confusing me!

The problem here, ladies, is that I had a clear idea of what type of gown I wanted. And I knew for certain what I didn’t want. But with my mom, one of my sisters and my mom’s best friend telling me I looked beautiful in everything — even in things I had never imagined I might wear — I got caught up in the moment.

The original gown I bought is stunning — seriously. But it isn’t me. I tried to make myself love it, I really did — but each time I put it on, I felt like a little girl playing dress up, or as if I was trying on someone else’s wedding gown.

As I said, this time I wanted to do it right. Once my mom gave me the green light, I went to a few different dress shops on my own. I tried on every single dress I thought I might like and continuously tried on the gown I had actually bought to compare it to the new contenders. And it lost every single time.

Once I thought I’d narrowed down my selection I called my mom and we set a date to go look at them. I figured that we’d be hitting up the dress shops and trying on the handful of dresses that I selected for a final decision, but my mother had a slightly more…involved idea.

Upon arriving at the dress shop, the consultant pulled the gowns that I’d previously selected while my mom and I continued to browse the racks. And then my mom announced she had an idea, which (my dad has told me) is never a good sign. She decided that in order to avoid a repeat of dress number one (i.e. not loving it), I would try on every single dress in the shop that fit my “criteria.” And even some that didn’t. Just so that I could be sure that I had adequately explored all of my options. She also declared that this would make me “so sick of dress shopping” that I would never want to do it again. 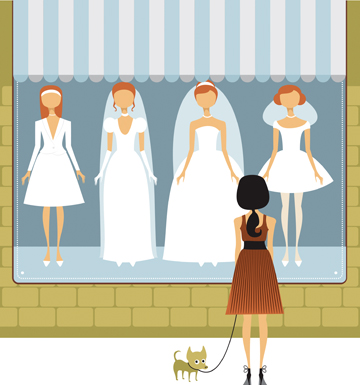 So, what were the criteria? Well:

I tried on the dresses that I had selected as my favorites first, and my mom agreed that they were all much more “me.” And then I started with the gowns she pulled (so, just about every other gown in the store). Some of them got a resounding “no,” while others were surprisingly pretty. Sometime around dress number twenty, I tried on a gown that on the hanger looked…interesting.

It had a bit of lace, but was mostly satin — which had me wary — and the back was a corset back. But oh my goodness when I tried it on…tears. Everywhere. I was pretty sure that this dress. One of the ones my mom had picked out just to torture me a little was the dress.

I had brought the shoes that I bought to wear with my other gown with me to the store, and had my veil in the car just in case. While I was standing on front of the mirror, twirling around I had my mom go out to the car and get the veil, and it was perfection. And I finally had that moment. You know, the one you see on TV where the bride is staring at herself like she’s just seen a unicorn and there’s happy tears all over the place? That moment. And better yet, it was as if it was meant to be. The veil and shoes that I had bought to match my original gown not only matched my new gown perfectly, but actually looked 10,000 times better with it. I loved the gown so much that I was prepared to compromise on the corset back situation, but the consultant made the moment even more perfect by telling us that altering the back from a corset back to a zip back, and putting some buttons down the back was an easy fix.

Oh, and the other benefit of this gown? No one besides my mom has seen it on me, which is exactly what I wanted to begin with.

I guess the moral of the story, ladies, is that if it doesn’t feel like the gown, it isn’t the gown. Just because everyone is telling you that you look beautiful (and let’s face it, almost every wedding gown looks gorgeous on almost every single woman who tries it on) don’t get so caught up in the moment that you purchase something because of what other people say. Hold out for the one that feels like it was made for you, even if it takes some hunting.

Meanwhile, my original gown is hanging in my closet at home, waiting until the new gown is in and perfectly altered before I list it online to sell.

Grace: Five Lessons Learned in Saying ‘Yes’ to the Dress