It’s funny how things happen when you least expect it, and right when they’re supposed to. Chris, my fiancé, and I, met online. It happened to be the very last day for both of our memberships, ironically enough. He “winked” at me, I emailed him, and we started chatting. We immediately hit it off!

Now, I’m never on time, and poor Chris learned this the hard way on our first date when I arrived nearly 15 minutes late. (In my defense, I did encounter every single red light on Warwick Avenue!)  I remember pulling up to On the Bay at Oakland Beach and seeing him standing out front frantically looking for me. (Unfortunately for him, this would be the first of many late arrivals…) Despite the initial awkwardness of our first meeting, that first night was perfect. After dinner we walked along the beach, sat watching the ocean and the stars, and beneath the moon he asked me to be his girlfriend. Initially I said “No,” because who really rushes into that kind of thing? Funnily enough I had a change of heart. The more I was with him and the more I thought about it, I realized I wanted to take a chance. Later on in the evening I remember looking at him and saying, “Ask me again.” To which he smiled knowingly and asked. I said “Yes.”

Nearly a week later he was in love, and so was I. We clicked; his weird matched my weird. He’s my person, my soulmate. I truly believe that. We always joke around that our roles are reversed. I’m not a very romantic person, but he is. Chris is very traditional, and is always a gentleman. He will never let me walk through a door without holding it open for me (even after three and a half years I still cannot get him to let me hold the door!) He brings me flowers just because, and always kisses the back of my hands. When he went about getting ready to propose, he asked for my parents’ permission first, to which I am forever grateful.

Christmas Eve is reserved for my family. We eat dinner, open gifts and enjoy each other’s company. When Chris came over that evening completely dressed up, I knew something was going on. At one point in the evening amidst the gift opening, I left to go grab some more gifts to pass out. Chris followed me, took my hand, and guided me back to the living room where we had been opening gifts. To my surprise everyone was suddenly standing up with cameras at the ready! I have to admit, I was nervous and excited! Holding my hands in his, Chris got down on bended knee, and at 7:45 p.m. on December 24th, he asked me to become his wife. I didn’t hesitate to say yes this time! Smugly I said, “What do you think? YES!”

I was suddenly engaged, and with a video to prove it! Later on that night we went to share the news with his parents, who begged for a reenactment! There weren’t enough tissues to dry the happy tears streaming down his mother’s face. While it initially seemed silly to reenact the proposal, I’m glad we did. It’s sweet to know that my future in-laws were able to share in the experience, too, firsthand.

So there you have it! This is the start of our journey to the altar! Chris and I will be married on August 26th, 2017, two days after our fifth anniversary. We are thrilled so share our experiences with you, so we hope you enjoy! 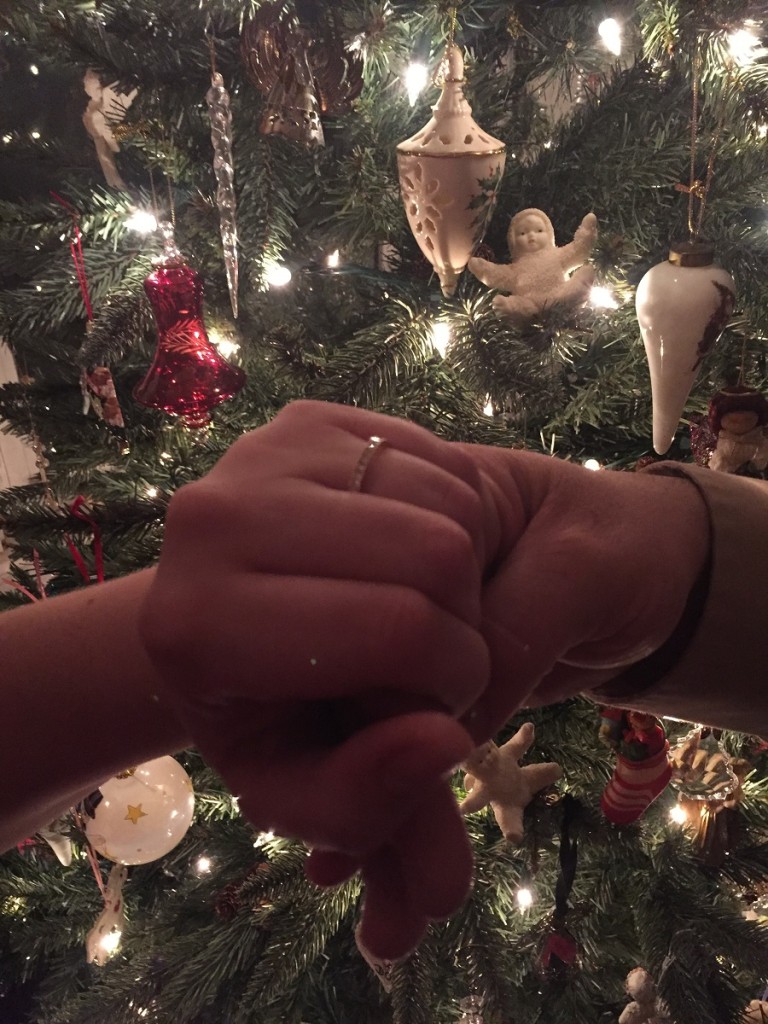