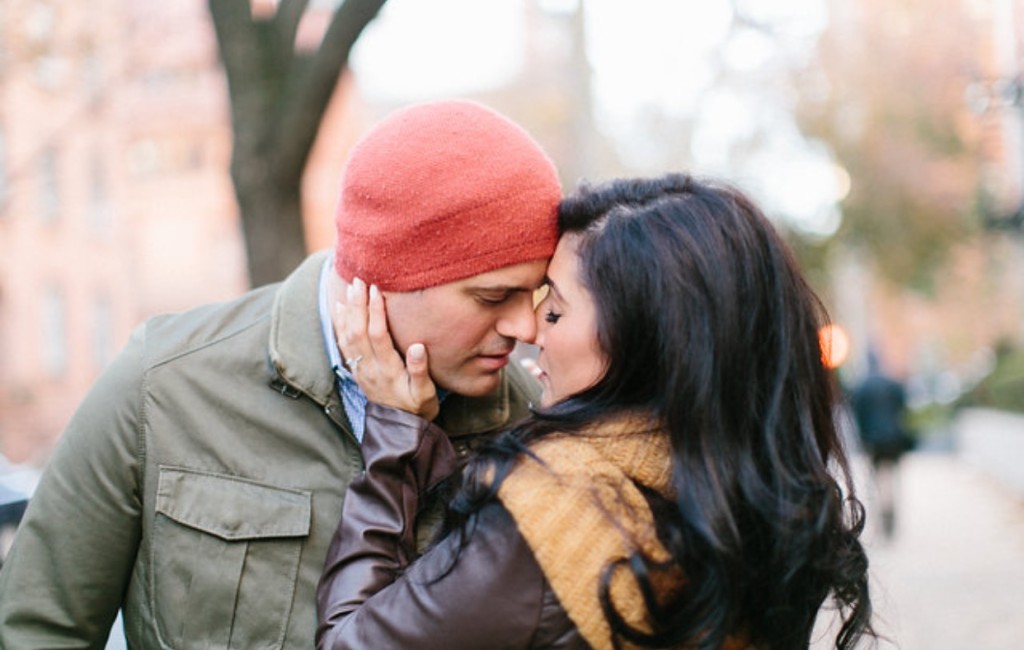 All images by Megan Braemore Photography 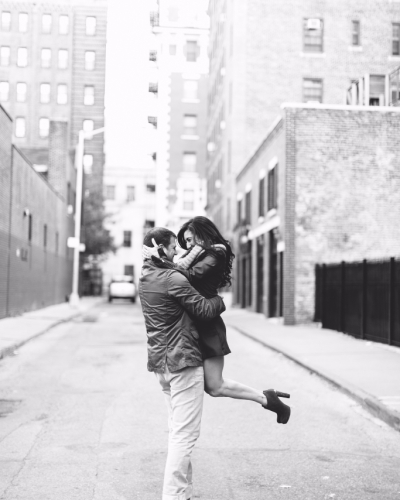 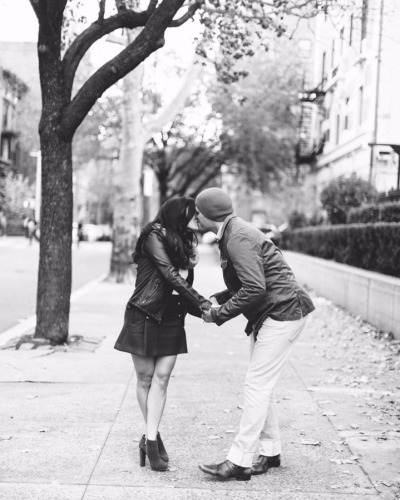 We both had said we would never meet someone where we ended up meeting, but we did anyways and even better, we fell in love. Life lesson learned, never say never. It goes like this …

I (the bride-to-be) was walking into a restaurant with a previous co-worker and I was on a mission to use the rest room before heading over to a fundraiser event. I bolted by a group of men seated at a table and I hardly noticed anything but the “W” in front of me as the women’s rest room sign.  My hair was pulled back, no-make up on and was wearing my least preferred heels that clanked with each step I took. I certainly was not planning on meeting my prince charming. My co-worker had stopped at the table to talk to the group of guys and then I came over and tripped over something and face plunged head first towards the window. Attractive, right? Luckily, one of the men that was seated caught me as I fell into his arms. (Literally, caught me). Frazzled, yet thankful, I looked to him and said “Hello!” He looked at me while I asked him what his name was. He responded, “Michelino.” I asked, “What is your real name?” Confidently, he responded, “Michelino. Michelino Paolino.”

I was confused at the rhyme in his name but at the same time totally a fan of the uniqueness of it. He asked me, “Why, what is your name?” I quickly responded, “Daniela, Daniela Mansella.” He looked at me and said, “OK …. Dora the Explorer?”

Laughing inside, I still was a bit shocked at what led me to trip and fall on him. I looked down and saw what appeared to be his book/work bag with what appeared to be “dolls” falling out of it. I asked him “What is the deal with the dolls? Why do you have dolls at a restaurant?” Without thought and regret, he replied “They’re not dolls, they’re ACTION FIGURES.” 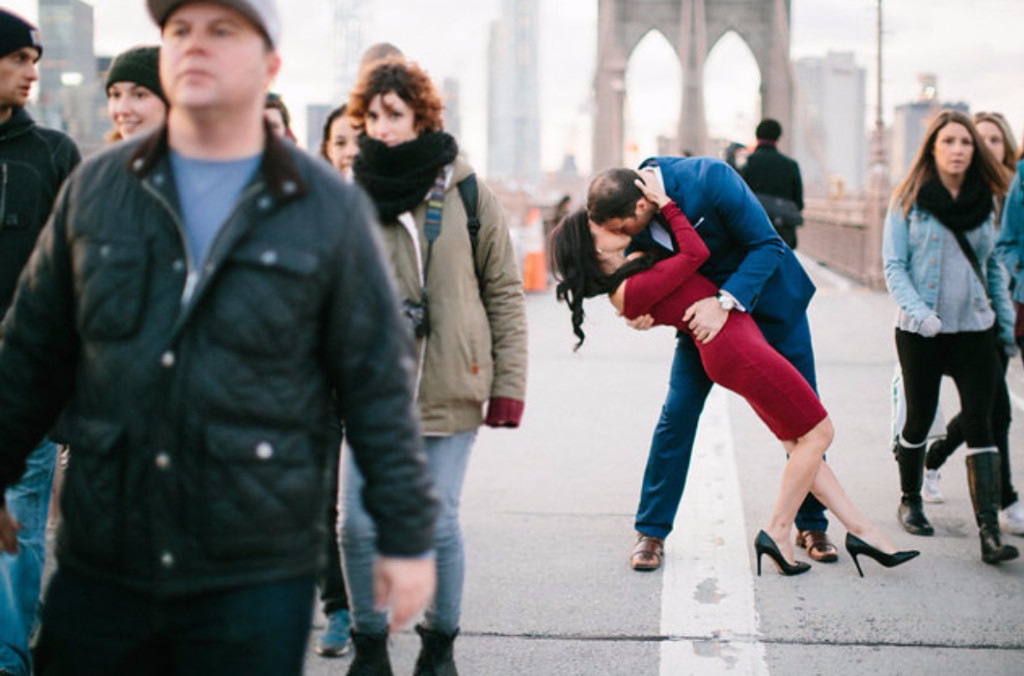 Immediately, I fell in love. This 6-foot-1, green-eyed, Mid-Western man that saved me was my hero. A ‘my kind of handsome nerd’, in the best way possible, was my dream guy. I had been waiting my whole life for him. I learned later on that he is a designer and it all made sense. I loved his creativity from the start. We both couldn’t stop laughing that night, everything was so unplanned and perfectly, imperfect.

I wondered to myself, with a name like Michelino Paolino, maybe he is Italian? This would make our love story complete!

Over the next several hours, we discovered a lot about each other, including that we were both Italian, and we ended up speaking Italian the entire night at this restaurant in Providence.

We were at peace. We let the stars align and continued to laugh and learned quickly that in a lifetime it is possible to fall in love in unimaginable ways and we are forever grateful that he caught me (literally!) 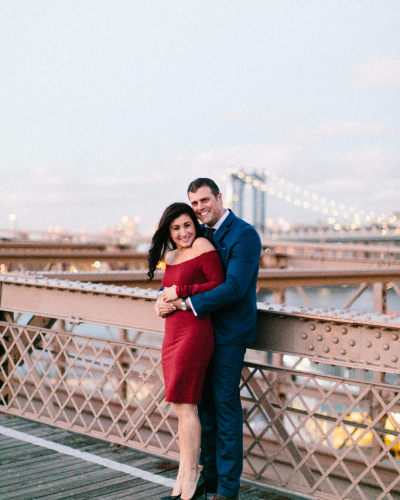 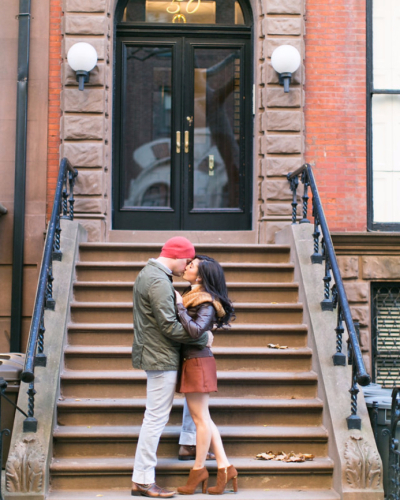 It was a brisk fall night and after a few years of dating, Michelino and I were serious. We were sure that we wanted to take the next step and make a lifetime commitment to one another. Our work week was coming to an end, we both were exhausted and I remember him asking to go out for a drink and a “bite to eat.” I asked him if we could rain check it for another night over the weekend instead, but he was persistent that he wanted to go on a Wednesday night.

Being the food lovers that we are, we ended up at a beautiful rooftop overlooking Providence. He wasn’t acting noticeably different or anything, but he was definitely enamored by me. An engagement proposal? It really wasn’t at the forefront of my mind because it was a week night.  That alone, really threw me off.

…And that was Michelino’s plan indeed. After the memorable and forever special words he said to me (those I will never forget!) I looked at the table and noticed two pieces of bread with butter on them. Now this was “SO US.” Anyone that knows Michelino and I knows that, besides being passionate home cooks, we absolutely adore those words spoken by Julia Child:  “You are the butter to my bread and the breath to my life.”

He looked at me and left me speechless as he asked me to be his “forever.” He was down on bended knee!

Two glasses of champagne arrived and I quickly asked, “Did you ask my parents?”

He said, “Of course.” And I said “Yes to forever.” We will be “breaking bread” and tying the knot this November and we look forward to OUR life-long journey filled with love and lots of adventures. 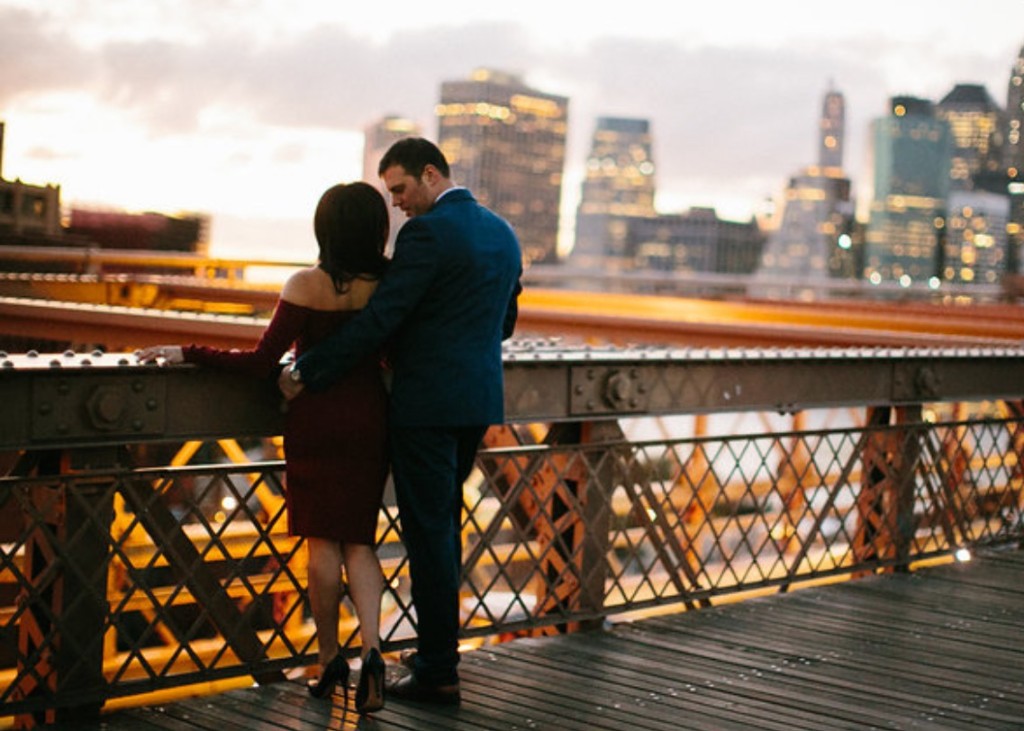