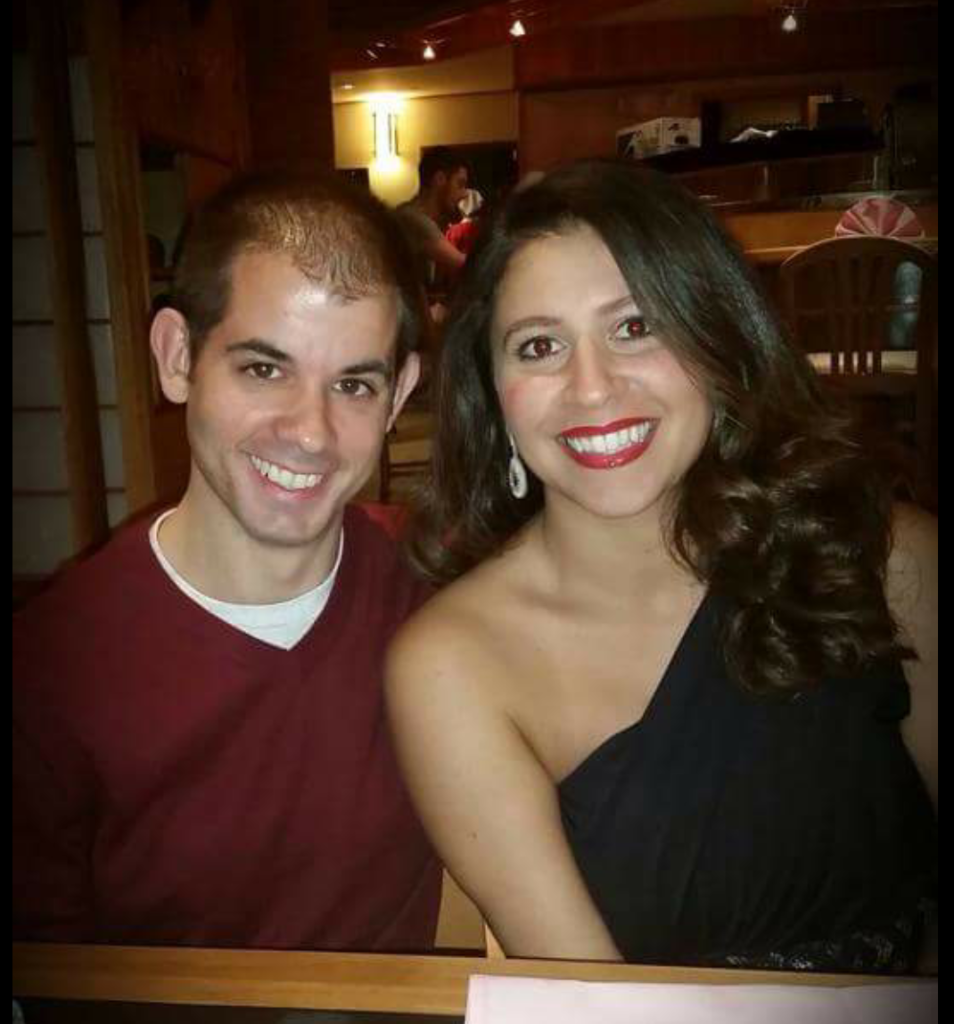 In September of 2013, my family from my home state of Missouri visited me for a “tour of New England” trip. We spent some time exploring Maine and visiting Mount Washington before returning to Rhode Island. My parents left but my twin sister, Danielle, stayed a bit longer. To answer your burning questions: No, we are not identical (though we look very much alike); yes, we are best friends; and finally, no, we can’t read each other’s minds (via ESP or “ESPN” if you’re a Mean Girls fan).

Since my sister was here, we coordinated with my friend Erin – who was coordinating with her friend Aaron (yes, I know) – for a night out in Downtown Providence. He brought his friends and she brought hers. We planned to meet at the Eddy in downtown Providence. If you’ve ever been there, you know it’s a small space, so a group of twelve is a snug fit. Long story short, Dan and I got stuck at the end of the table together. I had to inconvenience him every time I wanted to get out for the bathroom or get my sister another drink (she was four people in at the table). I remember saying repeatedly that I didn’t believe he grew up in Boston because he didn’t have “the Boston accent”. A group of us ended up exchanging phone numbers so we could set up a dinner at Gracie’s. We never made it to Gracie’s, but Dan and I did end up making plans for our first date at The Grange. We had a nice time and went out several times after that. There are so many fun coincidences for us…my twin sister is Danielle, he is Daniel. His sister’s (who is also his best friend) name? You guessed it, Nicole. I went to my first Boston Bruins game, he came to my annual Friendsgiving party. We eventually decided to be friends and had a few months apart.

I like to think we were meant to be and the world brought us back together when he asked to borrow my books for an exam he was taking. We continued to be friends and went to concerts, the Dog Park, dinners and day trips to Sunday River with friends. After about a month, there was no denying how we felt and we both knew it. On Easter Sunday 2014, we had a wonderful dinner together at Faust at The Dean Hotel and that was our turning point.

Fast forward to June 2015, for our Montreal engagement. More on that to come! (See my Instagram @meandtiffany, for a preview and photos.)

We have selected the Providence Biltmore for our May 7, 2016 wedding. The majority of our guests will be coming from out of town, so the all-in-one location will be convenient for everyone. We also wanted to introduce them to the city where we fell in love and created so many wonderful memories, many of which are right in downtown Providence. Our meeting spot: The Eddy; our first dance: The Dorrance, summer nights at Waterplace Park for the WBRU concert series; the list goes on.

Aisle Say: Making Time for Each Other