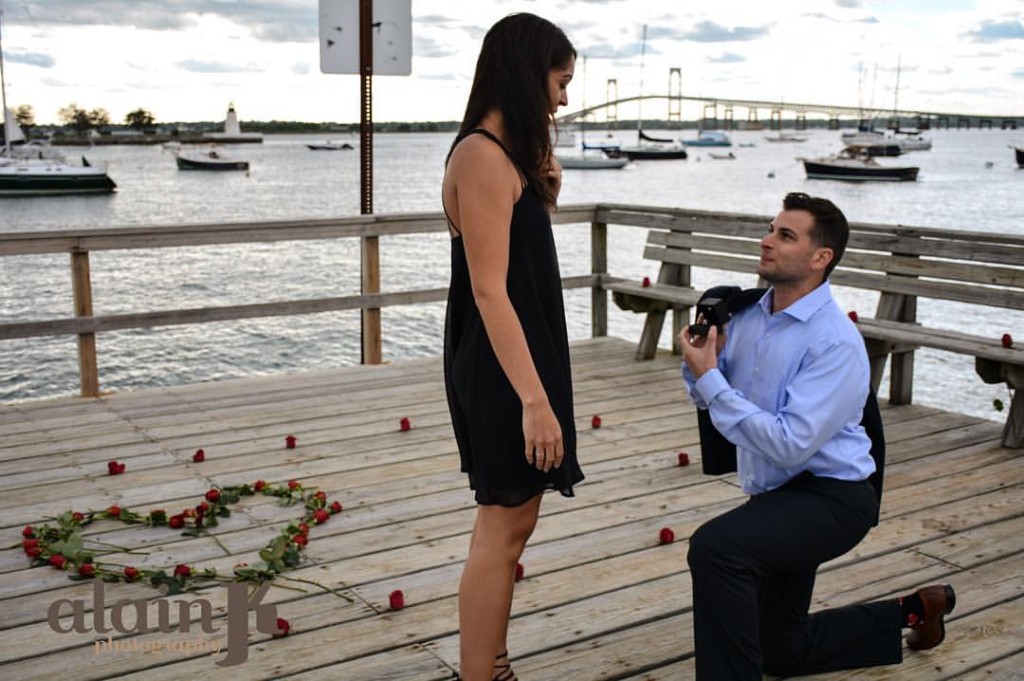 It’s funny to think about how certain events can change one’s life. For Ariana and myself, we were introduced by my mother. I had asked my mom if she knew anyone who wanted a pair of concert tickets to Dave Matthews Band that I had received from work. She said someone she worked with had a daughter who was interested. I said OK, and ended up going to the concert with her just as a friend, not ever thinking that it was a date or how it would change my life. We drove to the Xfinity Center in Massachusetts, which took about forty-five minutes from Pawtucket, where I had picked her up. We had a decent conversation in the car and leading up to the show but once we got there we looked at each other like, ‘what did we get ourselves into?!’ It wasn’t our favorite type of music, but we decided we would make the best of it. Ariana asked me if she could go to the rest room, so I walked her over. I stood outside waiting and thought, ‘wow this girl is pretty, interesting, smart, funny and someone I could see myself being friends with.’ She walked out of the bathroom and as she walked she had a large smile on her face while tilting her head, as she always did, I fell in love. It was a spur of the moment decision and I asked if she would like to stay at the concert or go on an adventure. She said, “Let’s go on an adventure!”

We left the show and drove to Oakland Beach. This is down the road from my old high school, Bishop Hendricken, and holds a special place in my heart because I would stop there some mornings or days after school. My grandfather, who raised me, passed while I was in school, so the beach was a place I could go to get away and escape. To share this with Ariana after only knowing her for a few hours was huge to me. We ended up staying at the beach all night, talking, singing, laughing and getting to know each other. After that point we were, and are still, inseparable. We have been together for over two years now and have formed a great bond not only with ourselves, but with our families and God. We have traveled to places like Disney, California, Las Vegas, New Hampshire and the once in a while night getaway to escape normal life. We are so happy to start a new journey in our lives together and feel blessed. We have been through hard times together as well as many great accomplishments, and we act as each other’s rock. Elvis Presley said, “Wise men say, ‘Only fools rush in,’ but I can’t help falling in love with you.” It is so true, and we can’t help but to grow and love each other more and more each day.

We got engaged on Friday, June 10th. I surprised her by taking her to the Hyatt Regency on Goat Island in Newport. I told her we were going out for an anniversary dinner. There I had bought her a dress for the night and it was waiting for her on the bed. While she was getting ready I ran down to the lobby to give our photographer fifty roses. Once she was ready we drove to the pier on Goat Island, which was the spot we went to after our first date. I got down on one knee next to the roses shaped like a heart and proposed! After that I took her to 22 Bowens (where we had had our first date) and celebrated with a great dinner, toast and dessert from the restaurant. After dinner I surprised her at Main Sail where her family and mine were waiting to celebrate and have a toast! 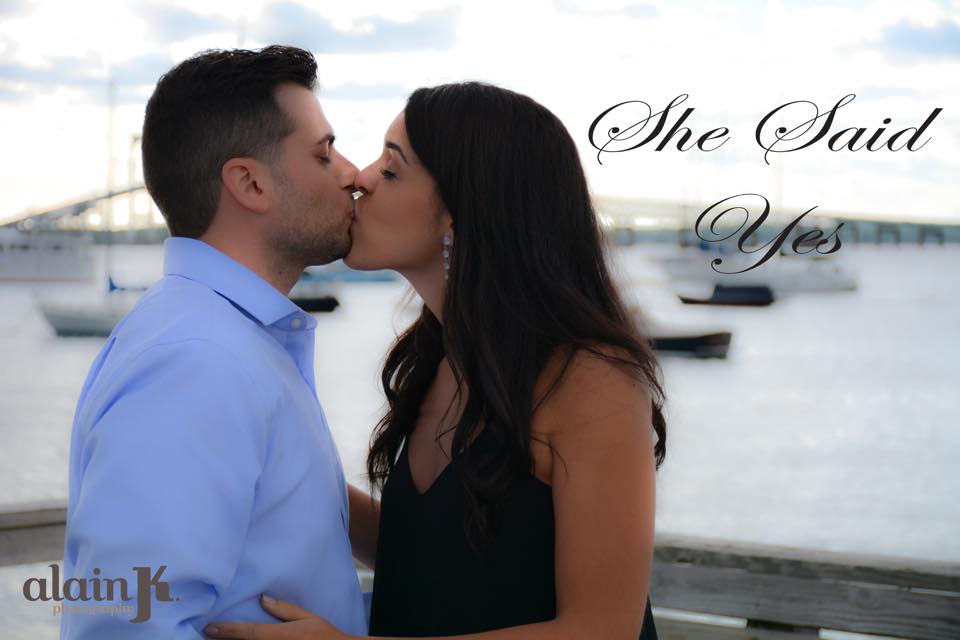