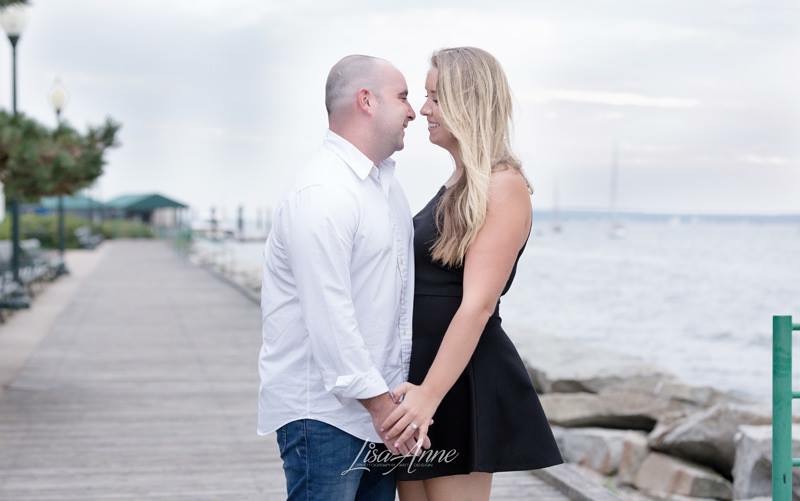 Elizabeth Jernigan of Bristol and Christopher Jones of Warren are set to wed August 11, 2017 at St. Mary’s Church in Bristol, followed by a reception at Bittersweet Farm in Westport, Mass. 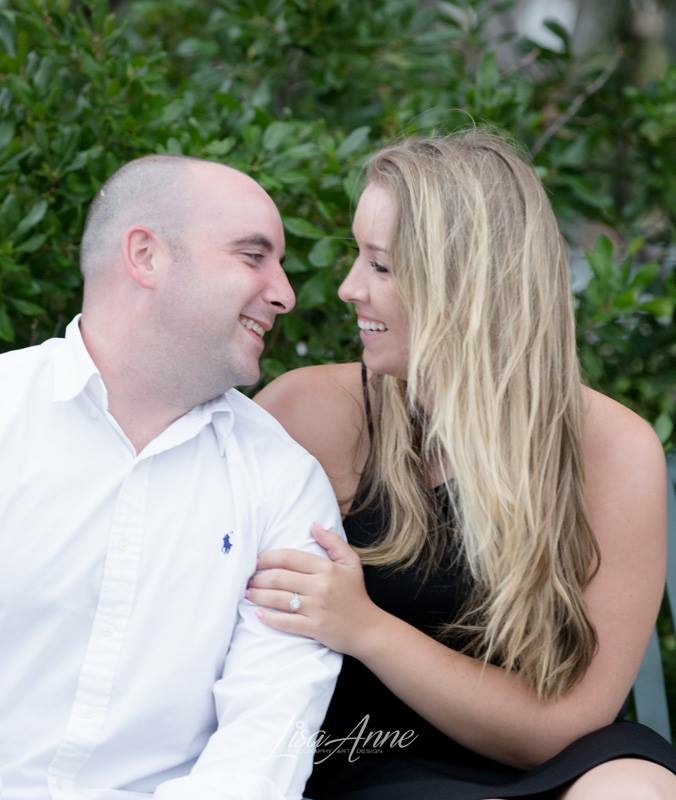 Kickemuit Middle School Band. We both played the drums, but really didn’t talk to each other for all three years of middle school. Then, in 2003, we went to high-school together and spent four years in the same homeroom. We continued to play drums together in the Mt. Hope High School Concert Band and were also both part of the Marching Band (Chris on the drum line me on the dance squad). We became friends during high-school and spent time together in classes and on Band trips. We spent many hours talking and getting to know each other during this time. In the spring of 2007, one day while they were playing hooky from school with a few other friends, Chris asked me to go to their Senior Prom together. They went to prom and then spent the summer of 2007 together. We both were a little apprehensive to start a relationship as Chris was going to be attending Nichol’s College in Dudley, Mass and I was going to attend Hofstra University on Long Island, NY. So, after spending the summer together, we went our separate ways.

During our first two months of college, we talked on the phone everyday. We realized how much we missed each other and found ourselves wanting to share all of our experiences with one another. During Columbus Day Weekend of our Freshman year, Chris drove out to Hofstra to visit me for the weekend. One night, while eating White Castle frozen mini-burgers from the convenience store on campus, we sat under an oak tree and Chris asked me to be his girlfriend. We decided at this point that we both wanted to see where this could go. So, we decided to try the long-distance relationship thing. We both knew it would be difficult, but it would be worth it. We spent a year and a half talking on the phone, texting and visiting each other on the weekends. In the meantime, Chris had transferred to Roger Williams University in Bristol. In January 2009, I decided to also transfer to RWU, and we finished out our college years together. I studied Dance and Education, and Chris studied Graphic Design. Chris attended my dance shows and I spent hours in the design lab with Chris. We even took two classes together while we were there.

After graduation, we each moved back home and tried to figure out what our next steps would be. Chris decided he would study to be a Paramedic, and spent two years learning from my dad. We continued to support one another as we each navigated this next stage of life. We spent five years getting settled in our careers before we decided to take the plunge. 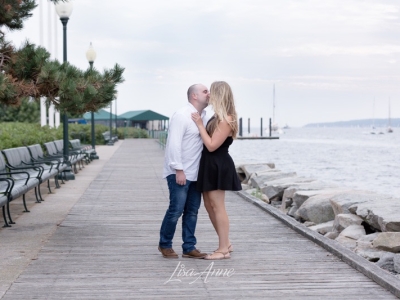 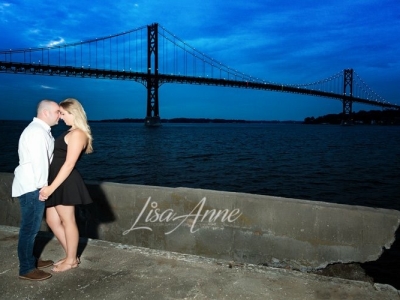 It was the 3rd of July in Bristol, which means concerts down at Independence Park, fireworks, and the entire town of Bristol out and about. We were down at the concert for the night with family and friends and when the fireworks were about to begin, we moved to a better viewing area with our gang. I was sitting down on the blanket, but Chris asked me to stand up with him to get a better view. I refused. Chris continues to ask me to stand up and move to a better spot, and after putting up a fight for a few minutes, I finally gave in. We stood there watching the fireworks and when the finale began, Chris dropped to one knee and said “Elizabeth, will you marry me?” As the fireworks continued to explode in the background, I was in shock, shook my head to say yes and said, “What are you doing? Seriously?” At which point, Chris asked again, “Will you marry me?” I continued nodding my head and said again, “Seriously? What are you doing?” Finally, Chris said, “Will you answer me?” And I responded “Yes, I will marry you!” The tears began to fall and a cheer came from the crowd for us! My parents were just as shocked as they didn’t know that would be happening that night, and ran over to congratulate us. Chris’ brother Eric was also there with his camera to capture the moment. Our family and friends then made their way down to Judge Roy Bean Saloon with us to celebrate our engagement! 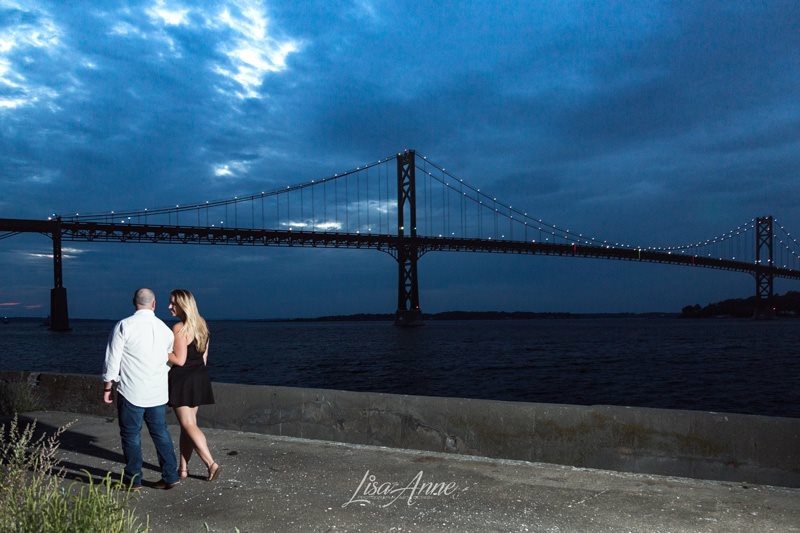