Ashley Hines of Matunuck and Andrew Taylor of West Kingston are engaged! 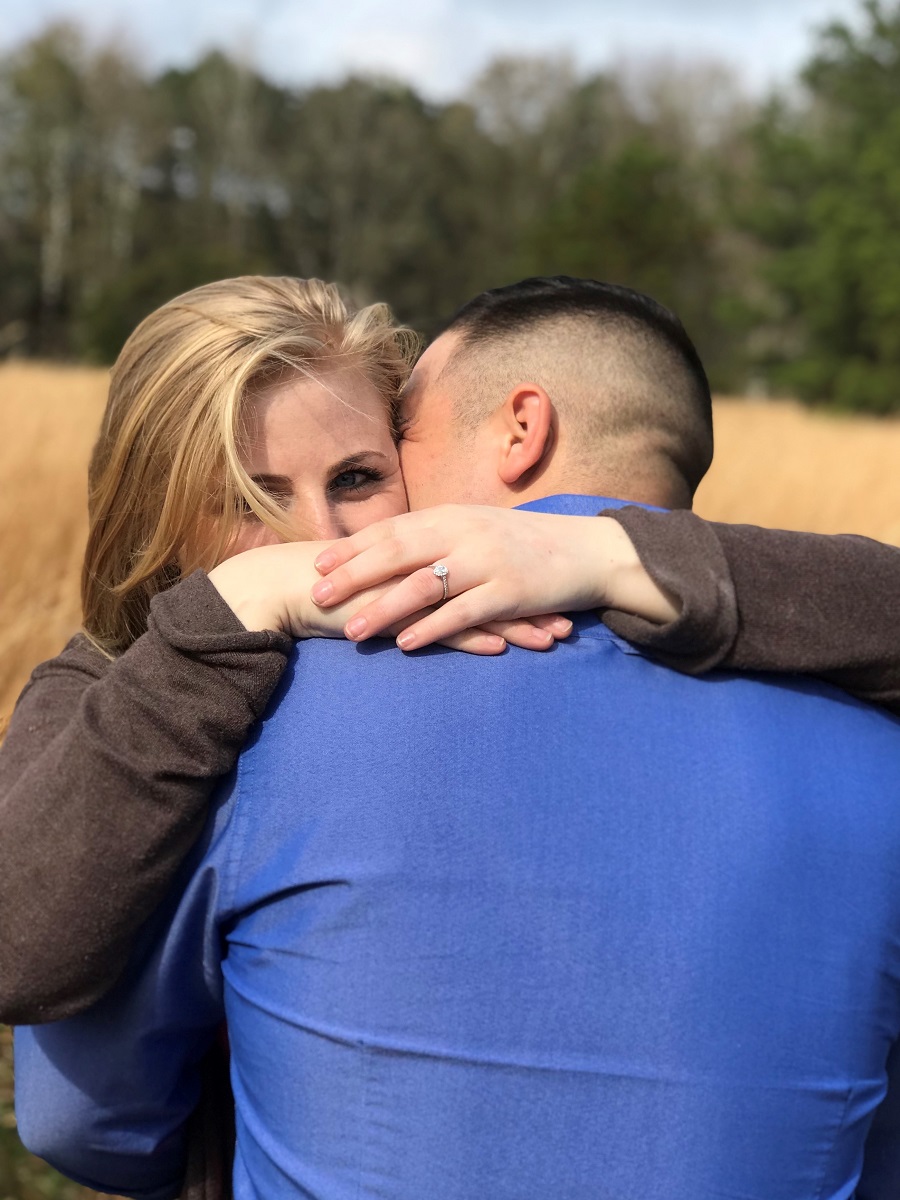 We met through my older brother on the day before Christmas Eve, 2012. He came over to the house that my brother and a few mutual friends were renting at the time. The next day, I received a friend request on Facebook along with a notification saying, “Merry Christmas,” which sparked a conversation because it was only Christmas Eve, and from that day on we kept the conversation going. 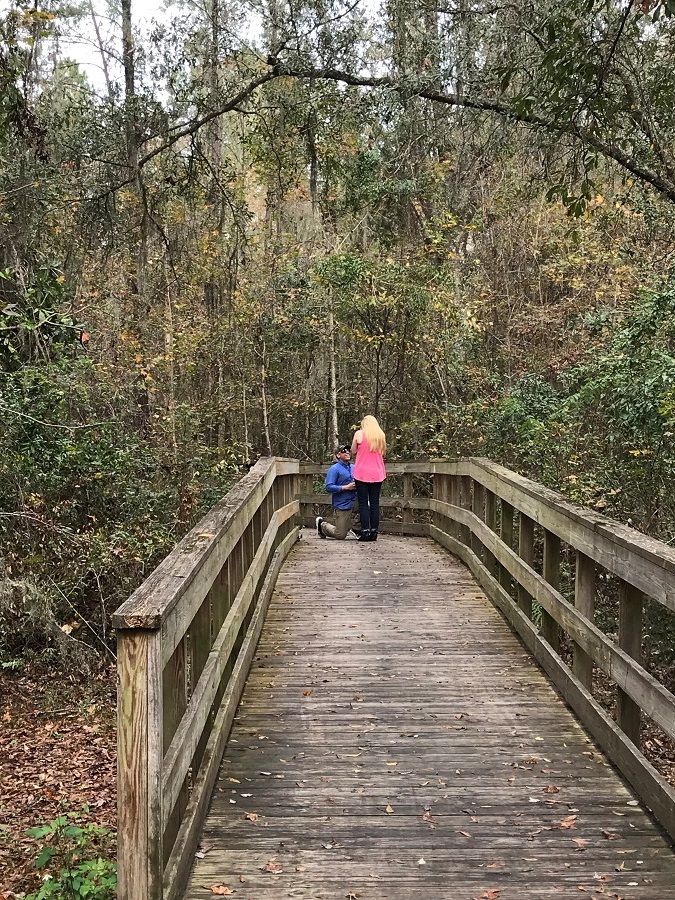 Andrew is now in the Army and is stationed at Fort Stewart, Georgia. We decided to spend Christmas in Georgia and, with my father living in Columbus, we spent the holiday with him. He arrived at my father’s house on the 20th, and, according to Andrew, he had been looking for the right moment to propose since he got there, but nothing seemed right. Within our travel plans, we decided to surprise a childhood friend of mine that now lives in Jacksonville, Florida. Andrew and I drove down to Florida on the 22nd, and that night he told my friend and her husband that he was going to propose the next but needed a little help — keep in mind that this is all happening unbeknownst to me! The next morning, we all went to a local park with the cover story being that my friend and her husband wanting to get a good family photo with their two kids. We were walking all around this park until Andrew took me over to a little bridge surrounded by beautiful trees. Next thing I knew he was on his knee with a little blue box and saying those four little words! So then I was filled in on their little plan and cover story. I was on a cloud all the way back to Georgia. The next day, Christmas Eve, Facebook notified both of us that we had known each other for five years. Then I realized that meant he proposed on the day we met five years prior. We both didn’t realize that but he said it felt right when he proposed. 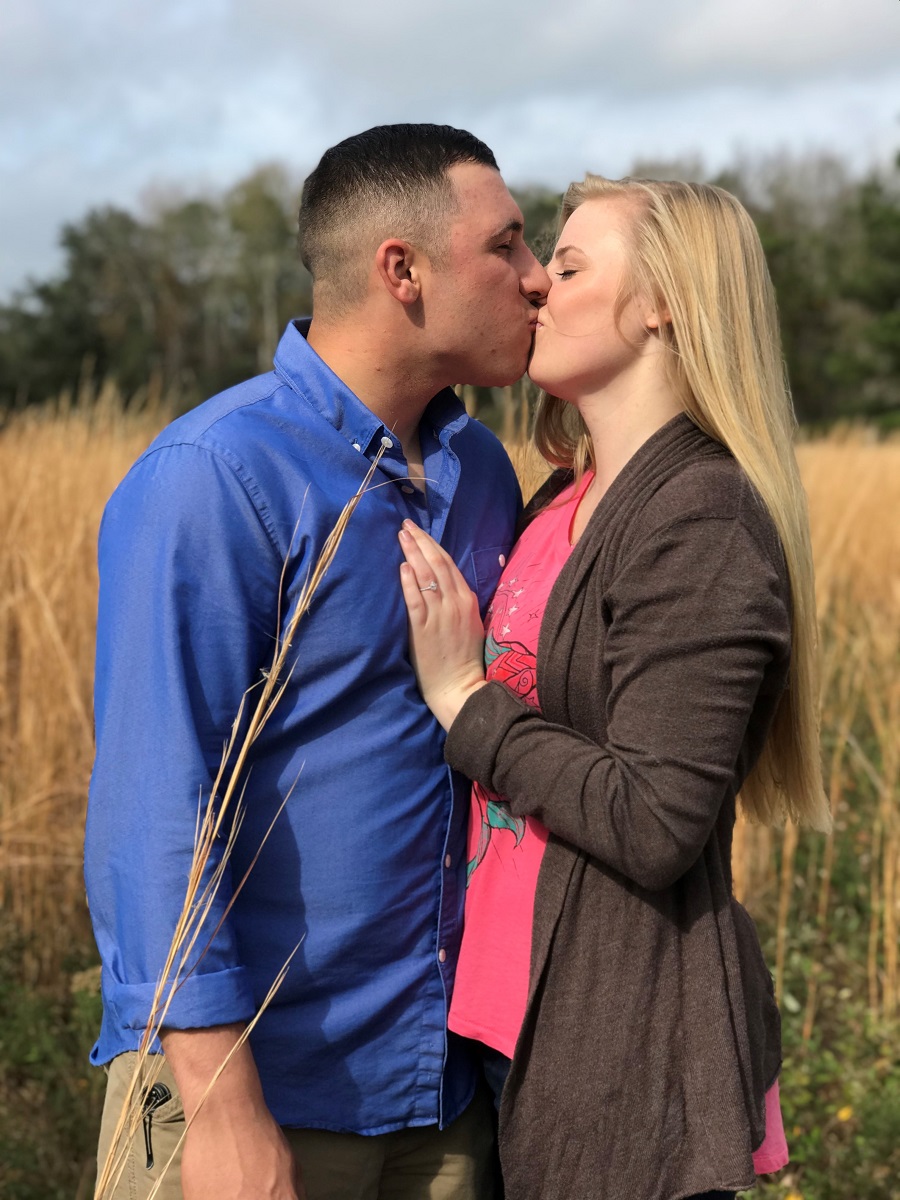