Katie Wagner of North Smithfield and Taiwo Akinnagbe of Providence are set to wed on October 13, 2018 at Quidnessett Country Club. 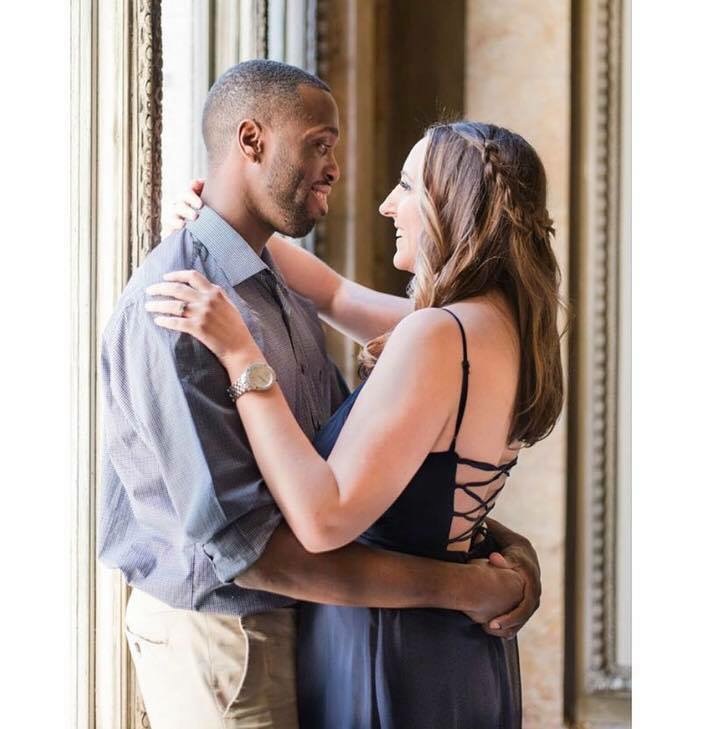 I grew up in North Smithfield and Taiwo grew up in Providence. We “officially met” at a venue in downtown Providence where I was attending a charity event with a couple of my friends. After the event ended, we decided to stay at the venue for the night. Taiwo and his friends showed up later in the evening. Our friends knew mutual friends, and we just hit it off that night. However, moments after our first encounter, I knew there was something familiar about Tai and thought he may have gone to the University of Rhode Island, where I went. During our first few dates, we realized that we had crossed paths hundreds of times at parties and on campus, but had never been formally introduced. Our second date was the following night. I invited him over and cooked him a steak dinner and the rest is history! 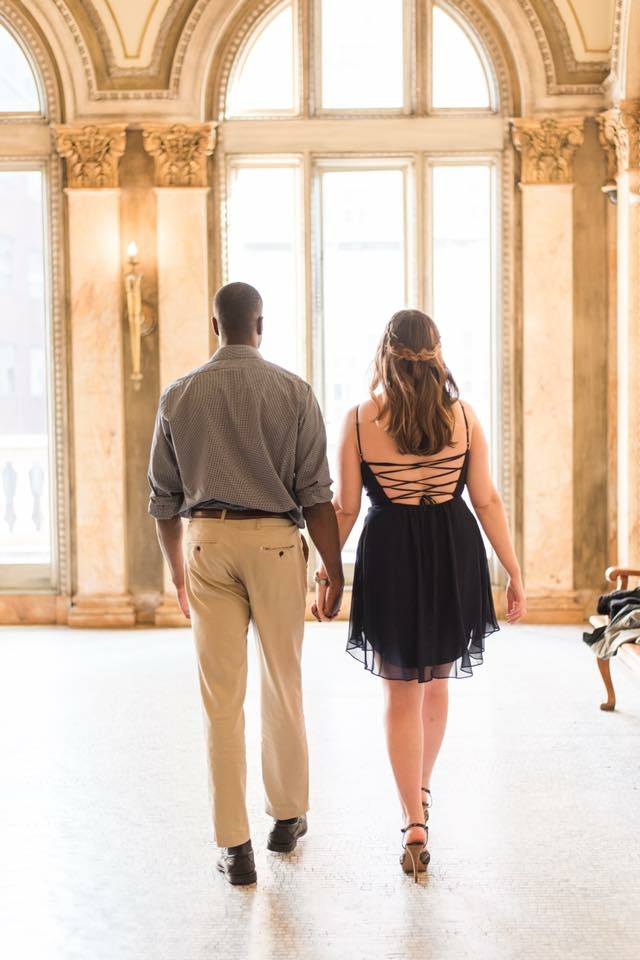 On July 22, 2017, we hosted our baby shower for our son, Titus. Midway through the shower, Taiwo told me he wanted us to say a few words and thank everyone for coming. I didn’t think anything of it. He then grabbed the mic and surprised me by dropping down to one knee and proposing in front of all of our closest friends and family. 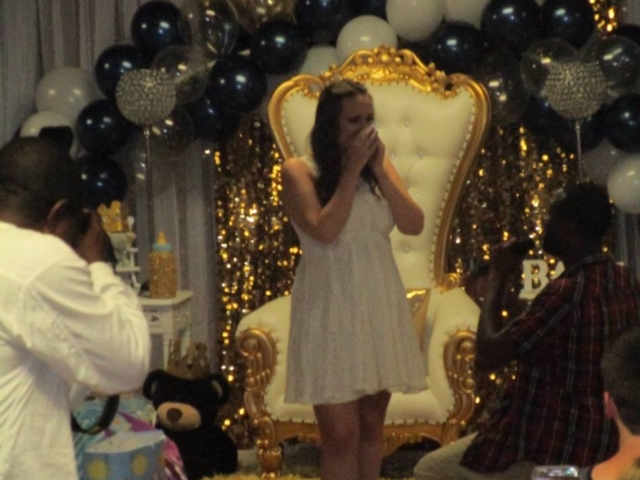 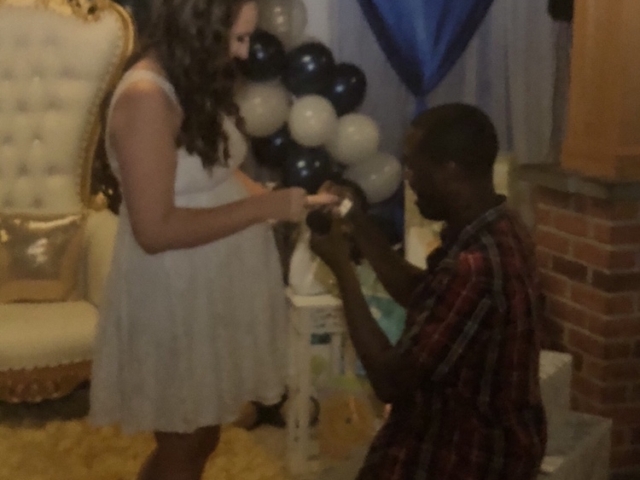 It was an amazing moment and we were both so happy that we were able to celebrate our engagement with all of our loved ones! 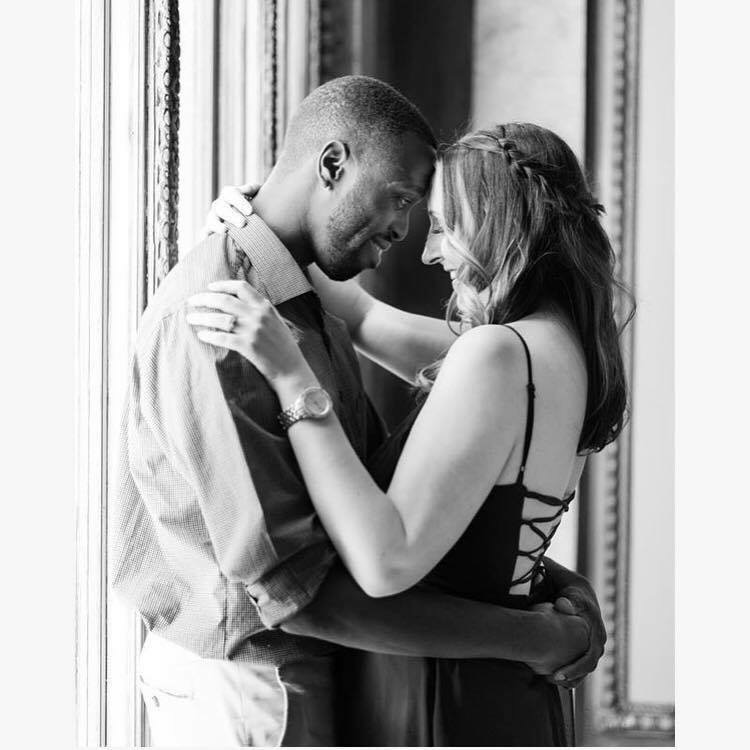