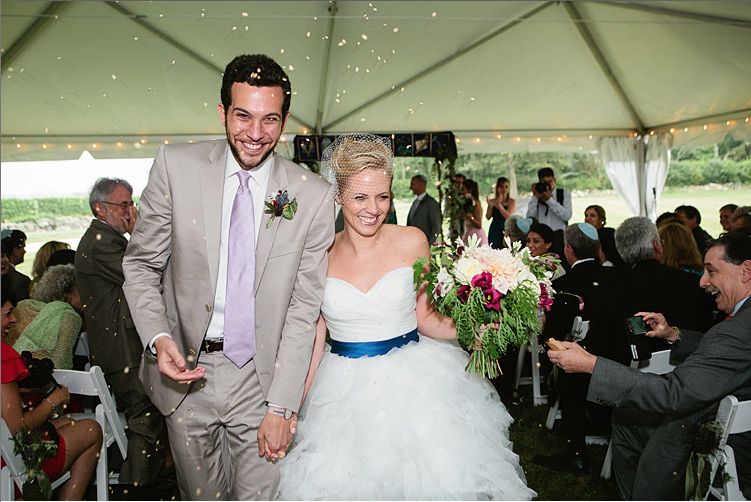 Julia and Jesse’s love story will take you around the world. The couple met in a Philadelphia café owned by Julia’s parents, they were engaged during a hike through a Costa Rican cloud forest, and they traveled from their Seattle home to marry in Rhode Island, where Jesse was raised. Their wedding’s French rustic theme was inspired by the couple’s deep connections to France — Julia’s family hails from Biarritz, while Jesse lived and studied in Montepellier. The couple had five words in mind while planning their Sakonnet Vineyards soiree: elegant, understated, comfortable, creative and distinguished

When asked to share some wisdom with future brides, Julia had a few gems to share. First, choose a theme and stick with it — this makes it easier to imagine and plan your event. Second, Julia suggests, “Don’t be afraid to do things your own way, or on your own.” By designing nearly every aspect of their big day together, she and Jesse not only had a ton of fun, they were also able to create a wedding that reflected themselves and their values, which was their ultimate goal all along. 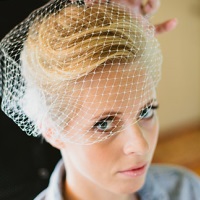 Julia’s headpiece was created from applique taken from her dress. 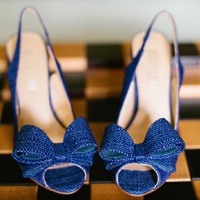 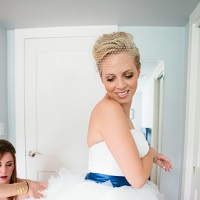 Julia’s friends help her finish dressing before the ceremony. 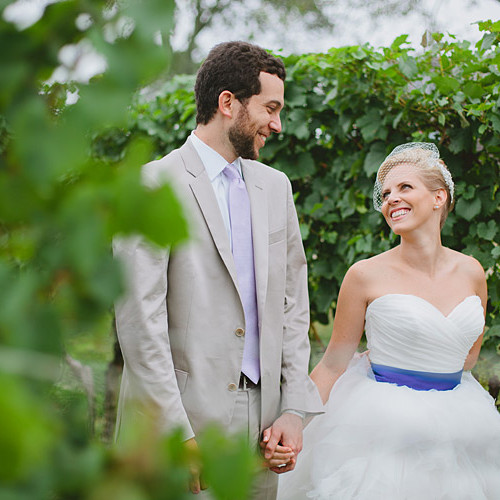 Sakonnet Vineyards reminded Julia and Jesse of their time in France. 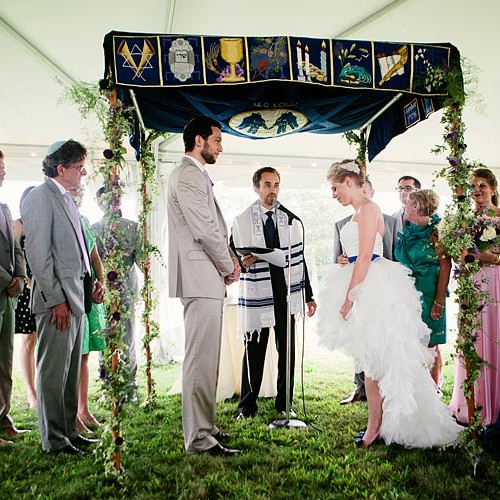 The couple’s traditional Jewish ceremony was officiated by their good friend, Ethan. 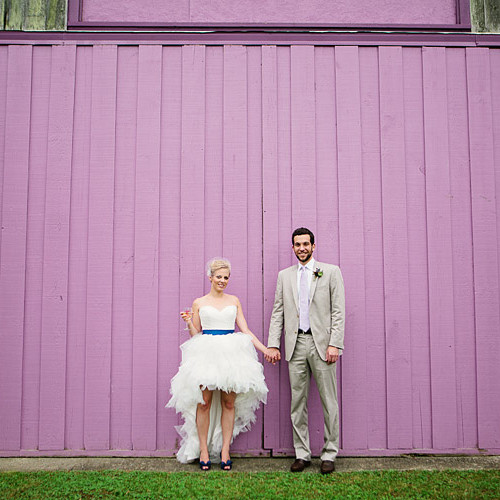 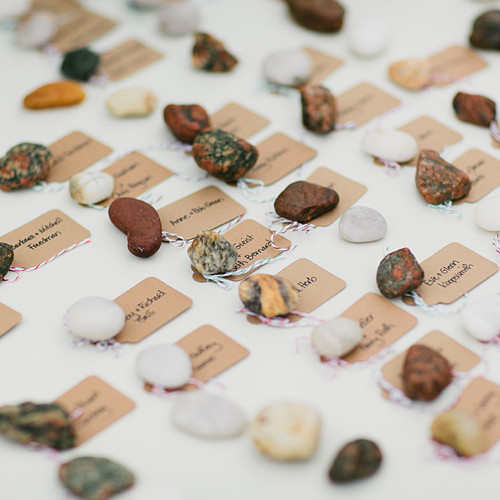 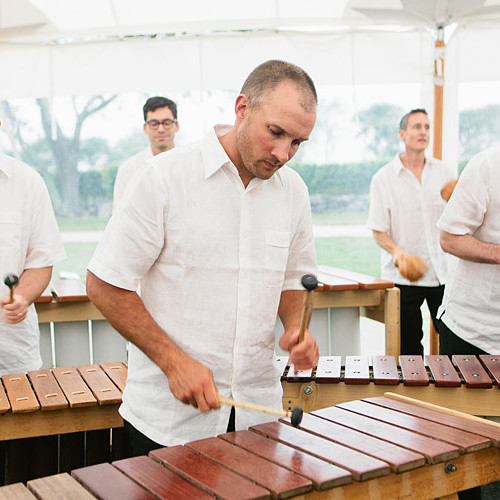 The Maine Marimba Ensemble had everyone dancing. This was the group’s first wedding. 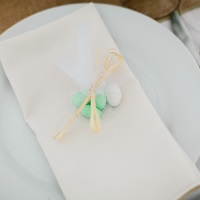 Jordan almonds are a traditional part of French weddings, and Julia’s family helped choose them. 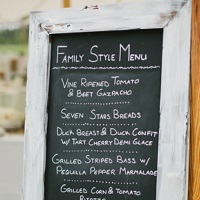 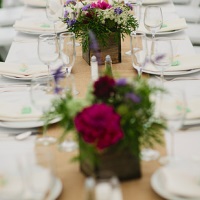 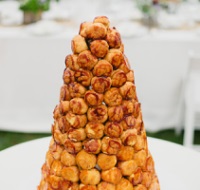 A pièce montée by the French Confection — a French dessert of towering cream puffs — replaced the usual wedding cake. 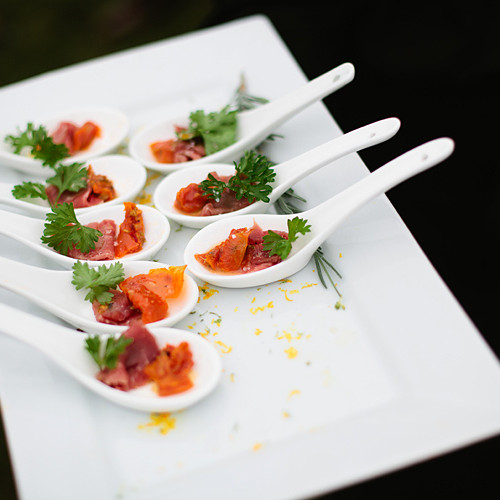 The event was catered by Russell Morin Fine Catering of Newport. 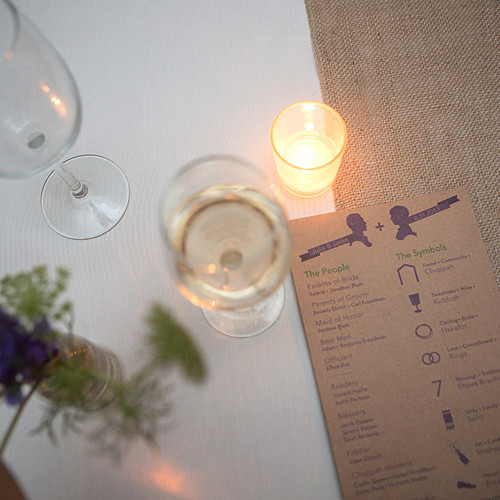 Julia, a designer for Amazon, created cards in French and English that explained the important people and symbols in the wedding. 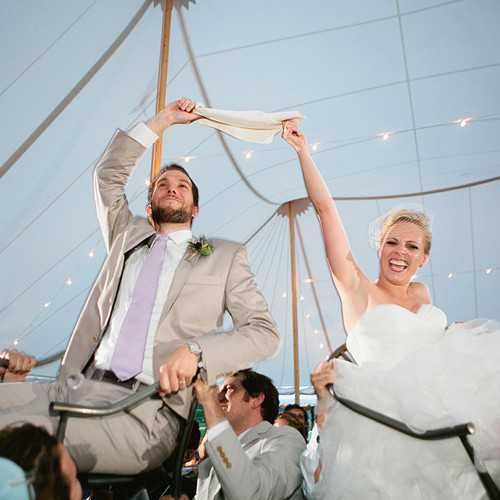 Julia and Jesse participate in the Hora.

Guests gave the couple a sparkling send-off to the tune of Johnny Flynn’s “I Am Light.” 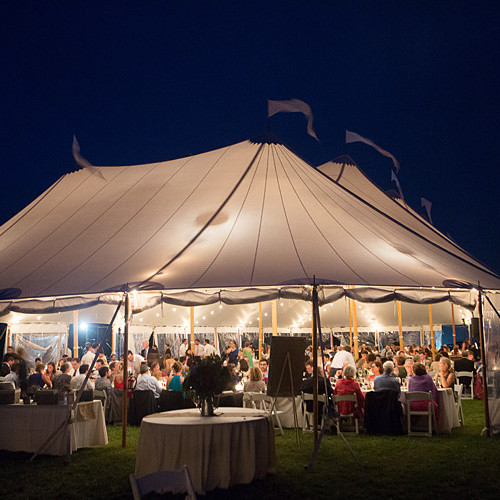 Guests gathered beneath a tidewater sailcloth tent from Chase Canopy. 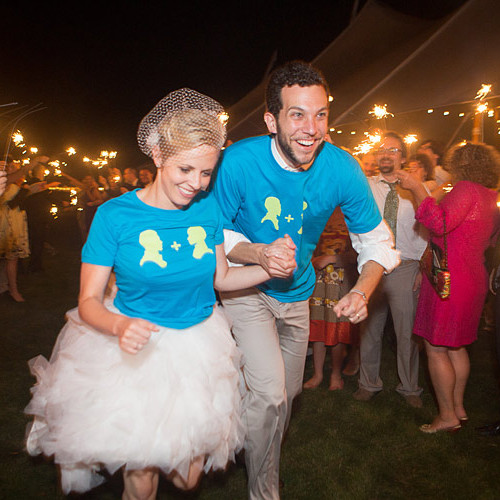 The couple’s t-shirts were a sweet surprise from their siblings.