My favorite girls and my favorite place; what could be better?

I was lucky enough to celebrate my bachelorette party with my bridesmaids and best girlfriends on beautiful Block Island. This little island has such a special place in my heart, and it was a blast to be able to get away for a whole weekend.

We stayed at the Spring House Hotel, a spot I would highly recommend to anyone planning a bachelorette party or even a weekend escape. While I’ve visited the Spring House more times than I can count, I had never stayed the night, and the hotel definitely didn’t disappoint. The rooms we booked each had two double beds and a pull-out couch, high ceilings and stunning ocean views. Plus, there’s something about sitting outside in that long row of Adirondack chairs that makes you feel like a movie star.

Here’s a snapshot of the weekend’s most memorable moments: 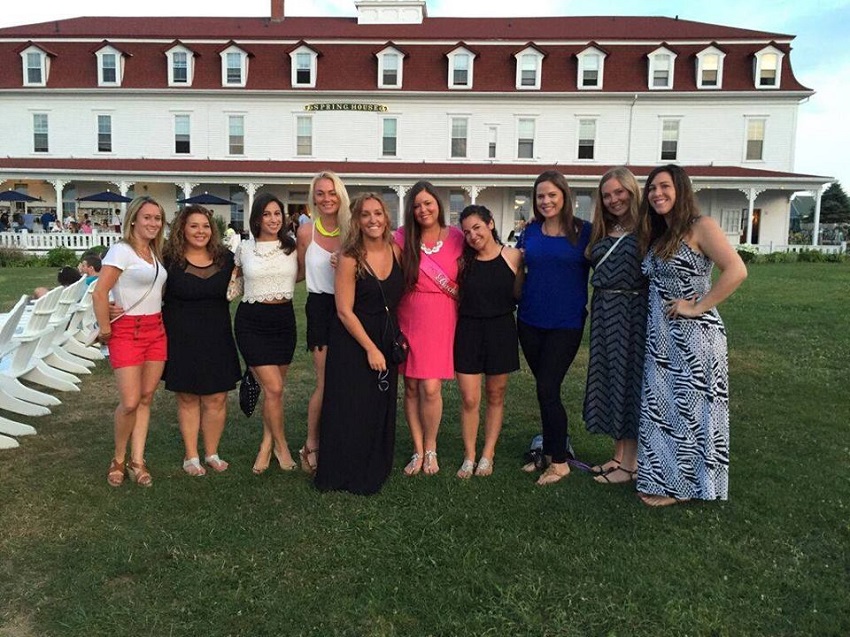 After sitting at work all day Friday feeling like a little kid on Christmas morning, my friend, Kyla, and I took the 7 p.m. ferry from Point Judith. Once we arrived on Block Island, we opted to walk to the Spring House instead of taking a taxi, which seemed like a good idea at the time. That is, until the skies opened up and it downpoured. And when I say downpour, I mean five minutes of torrential rain precisely at the time we were walking up a large hill with four oversize duffle bags. At least we can look back and laugh about it now.

Once we reached the hotel, I was greeted by my girls and a decorated hotel room. We freshened up (and dried off) and our group made its way to Calveras. This Mexican restaurant is located right on the main street in town and was delicious (it also gets bonus points for being BYOB). It was a great spot to kick off the weekend.

After enjoying our dinner and pitcher of homemade margaritas (thanks Lindsay!) we ventured to Yellow Kittens Tavern. If you can close your eyes and picture what a true local island bar would look like, you would probably envision Yellow Kittens. We danced and listened to The Complaints, the live band that was performing. The band was awesome. I even got a bachelorette shout out and they played my favorite Third Eye Blind song. 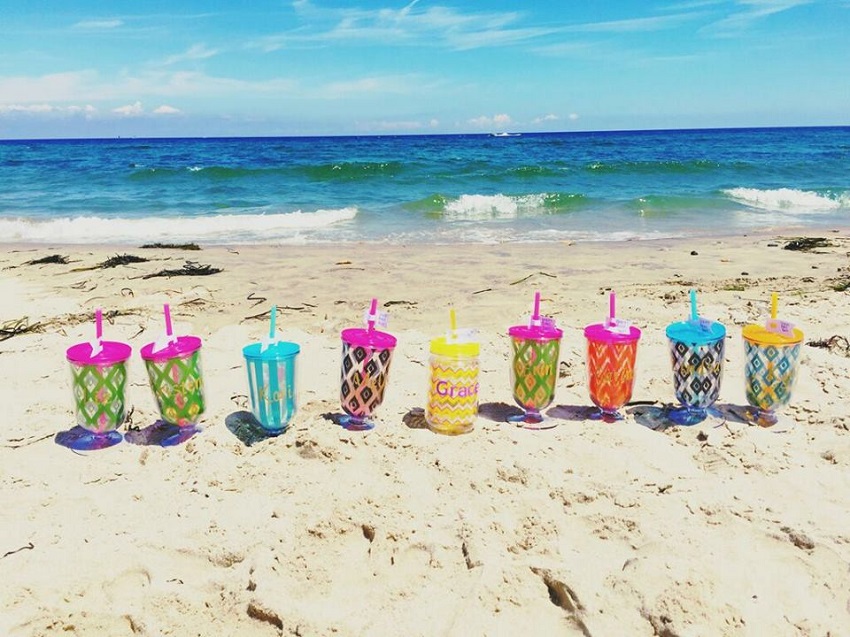 We woke up surprising early Saturday morning, and after grabbing coffee and breakfast sandwiches at the Spring House’s Phone Booth Café, were ready to take on the day. Next, we took a cab over to Pond and Beyond Kayak for kayak rentals in New Harbor. I can’t remember whose idea it was, but we ended up linking all four double person kayaks together. I’m sure we looked ridiculous with our small fleet of kayaks weaving around all of the docked boats, but it was so much fun. We paddled/floated around for the next hour, admiring the boats in the wharf, and of course, took a selfie.

From here, we walked to the beach to soak up the sun. It was the perfect beach day, with just the right amount of wind to keep you cool. We played a ‘How Well Do You Know the Groom?’ bachelorette game, took a dip in the ocean and decided to head over to Ballard’s for the rest of the afternoon.

After that, we went back to the Spring House to get ready for night two. We had dinner at The Oar, my favorite restaurant on the island, complete with a round of frozen mudslides. For me, a trip to The Block just doesn’t feel right without a stop at The Oar, and the view is one of the best in the Ocean State.

Because we had such a great time our first night, we decided to head back to Yellow Kittens, but this time, decked out in glow sticks. Our time at the bar also included a Bachelorette Scavenger Hunt Game, where we split into two teams to compete, tasked with collecting pictures of items on our list. Think photos like: ‘pose with a guy, prom style’ and ‘wear someone’s cowboy hat.’ The game left us with some of the most hilarious iPhone pictures I’ve ever seen. 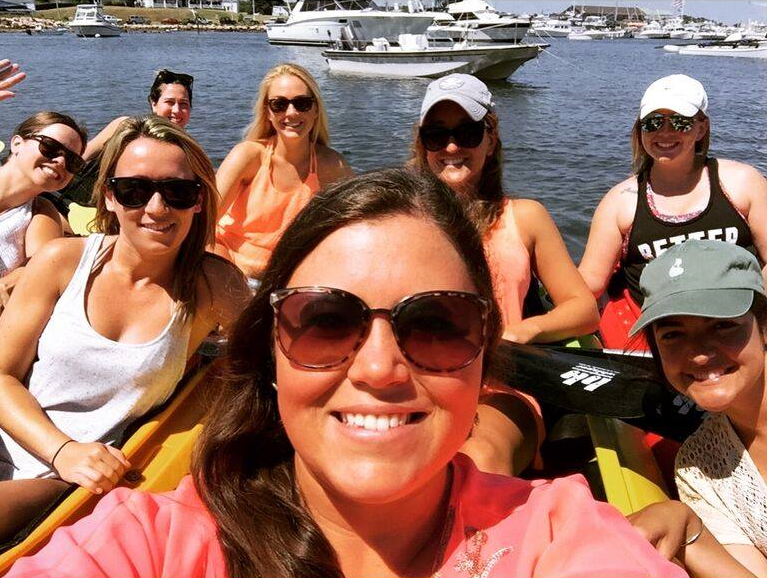 After breakfast overlooking the ferry landing at Ernie’s, we took a walk through town to do a little shopping, and ended up at Poor People’s Pub. We hung out there for a bit, and then traveled back to Ballard’s for the afternoon until our ferry arrived. Another amazing band, Those Guys, was performing, and we listened to the music and enjoyed cocktails before leaving on the 5 p.m. boat home.

Thank you to the girls who made this weekend one of the best times of my life. For the belly laughs, the bachelorette sash, prosecco toasts and for making me feel like such a lucky bride-to-be. To my best friends and co-maids of honor, you two couldn’t have done a better job planning; everything was perfect. Lindsay, Melissa, Liz, Kyla, Lynne, Erin, Kristen, Carina and Kori: My bachelorette party will always be a time I look back on with a big smile, and I am so grateful to all of you for coming and making it so special.

Alana: Save Me From Save-the-Dates