Rich and Michael
Prev Next
Search

For those who still believe that Rhode Island is only good for nautical, oceanfront weddings, think again: There’s a reason Providence is our capital city (sorry, Newport). 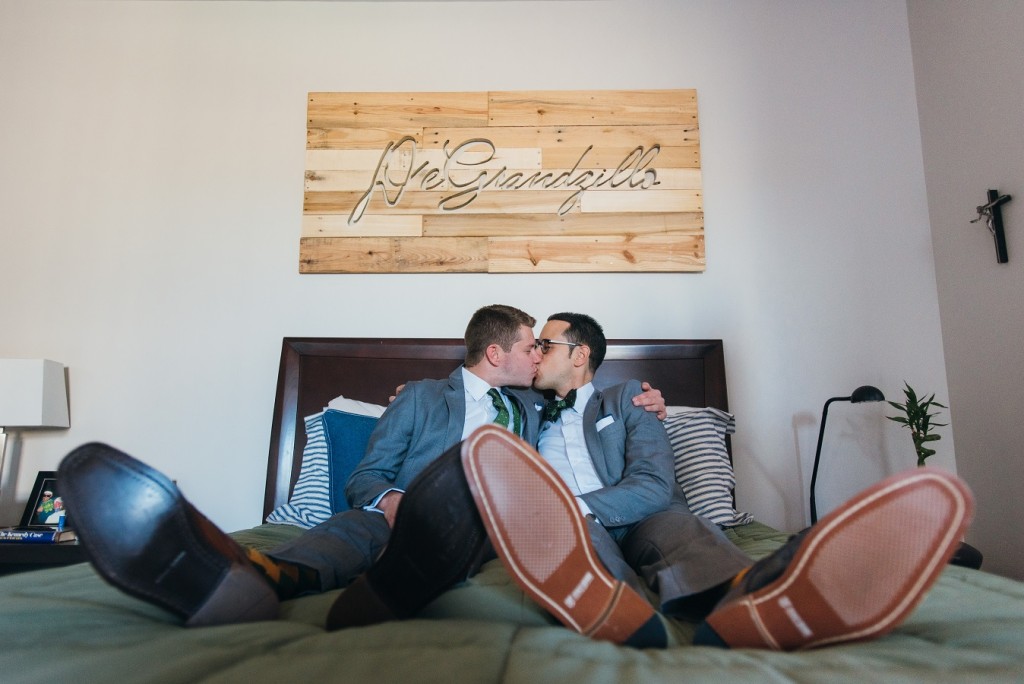 How did you go about planning all of this?

M: After we decided that our wedding would be in downtown Providence, we talked with our neighbor, who owns a shop in the Arcade, about how we could make the area more inviting for our wedding. There are a couple of empty storefronts in the area, so we said, ‘What if we put big banners in the windows and create a fake store?’ And that became, ‘Why don’t we just put posters in the window that say Congrats Rich and Michael?’ The people who own our building also own those empty stores so we asked them for permission and it just snowballed from there.

R: The whole concept of our wedding was that we live on Westminster, our ceremony was at Grace Church, which is a block away from where we live in the old Peerless building, and then the reception was three blocks from there at the Providence G. The biggest complaint when anyone comes downtown is the parking — and the Providence G has free valet. So anyone who was not staying at a [nearby] hotel could valet at the G and walk down to Grace Church. As we were talking about the posters we thought, ‘Well, why don’t we contact all the stores and restaurants on the way and see if they would do chalkboard signs, too?’ Not one said no. In fact, almost all of them wanted to play a bigger part offering free champagne, handouts, discounts, you name it. 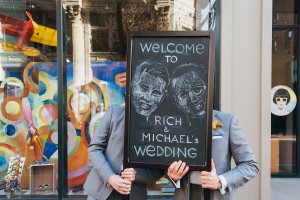 Where did the idea for a parade come from?

R: We started with the pedicab company, Sol Chariots. We knew we were going have the wedding party use the pedicabs to leave the church and head up the street. And then it kind of snowballed from there. Big Nazo is right across the street from us…

M: I can look into their shop from my desk.

R: We called them and said, ‘Hey, look out your window!’ We told them what we were doing and they were all about it. And then they put us in touch with Extraordinary Rendition Band.

So everything went off without a hitch?

R: We had Dorrance and Westminster blocked off and we were able to go down the center. We lead with the pedicabs and were followed by the band and our 200 guests, who had pom-poms and tambourines and flutes. All of the businesses started coming out and some of our friends who live in the buildings on the street threw rice out their windows. As much as it was a celebration about us, it was also a celebration about this neighborhood. About how unique it is — how welcoming and accepting. I can’t name another city where you would be able to do something like this. 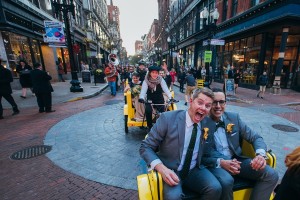 R: One thing we haven’t touched upon yet: 2015 has been a monumental year for all those that are in same sex relationships and in the LGBTQ community with the Supreme Court passing. It’s really accepted now. We were the first same-sex couple to have their reception at the Providence G, and, for 99 percent of our guests, it was their first same sex marriage ceremony. There were a lot of questions like, ‘Who’s wearing the dress? Who’s the bride and who’s the groom?’ We were glad that people could ask us these questions — because you know they were all talking about it — but at the end of the day it was a wedding. It was a celebration of love. It didn’t matter that there was no veil or white dress. 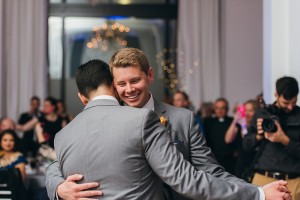 Do you have any advice for engaged couples?

M: When you’re picking your vendors, pick people that you jive with. We made friends with everyone we worked with and that made our day so much smoother. We could put our trust in their hands.

R: And if you’re getting married once in your life, don’t make it about the red carpet, the gold plated napkins  — make it about a true celebration of happiness. You will get so caught up with family, friends and the emotions of it all, but make sure you find those moments to be alone with your significant other.

M: A lot of couples don’t get the chance to see each other beforehand and, for us, it was the most powerful moment.

R: That’s what stands out. The rest? You don’t remember who you’re talking to. You barely eat.

How is married life treating you?

M: It’s weird to say my husband. It’s very strange. But it’s fun. It’s everything and so much that we hoped it would be! 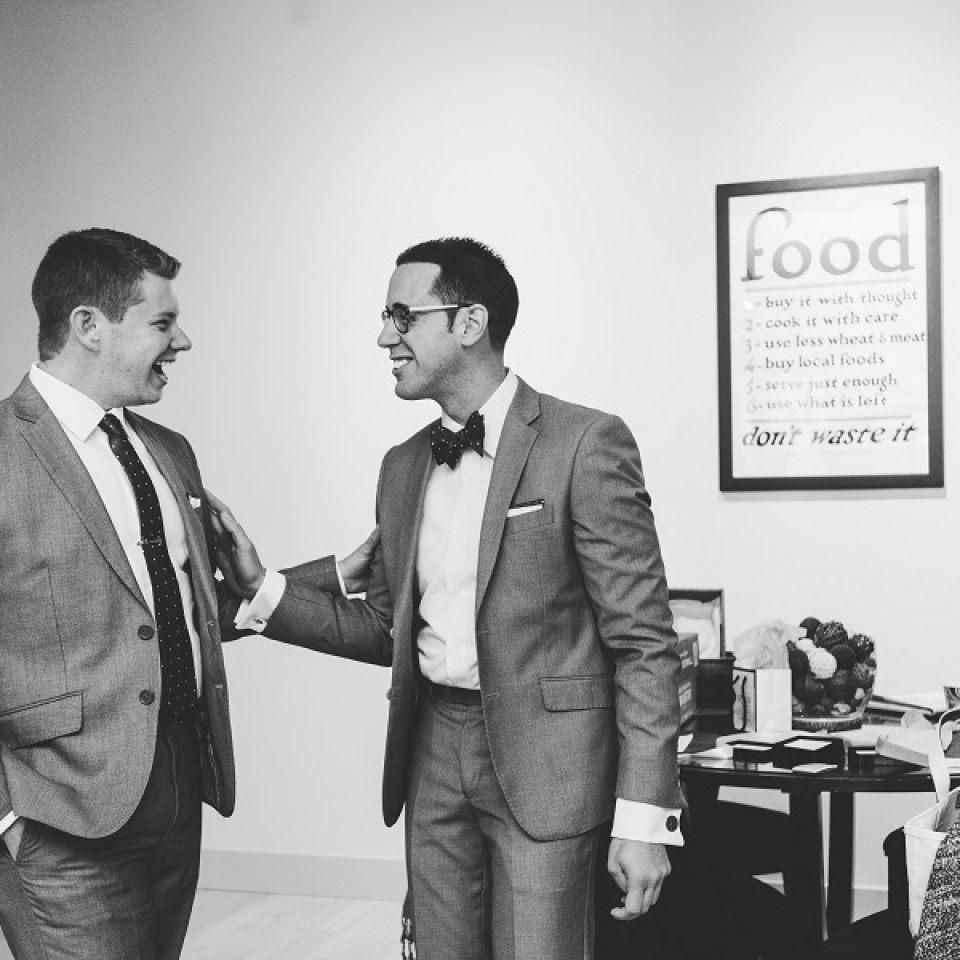 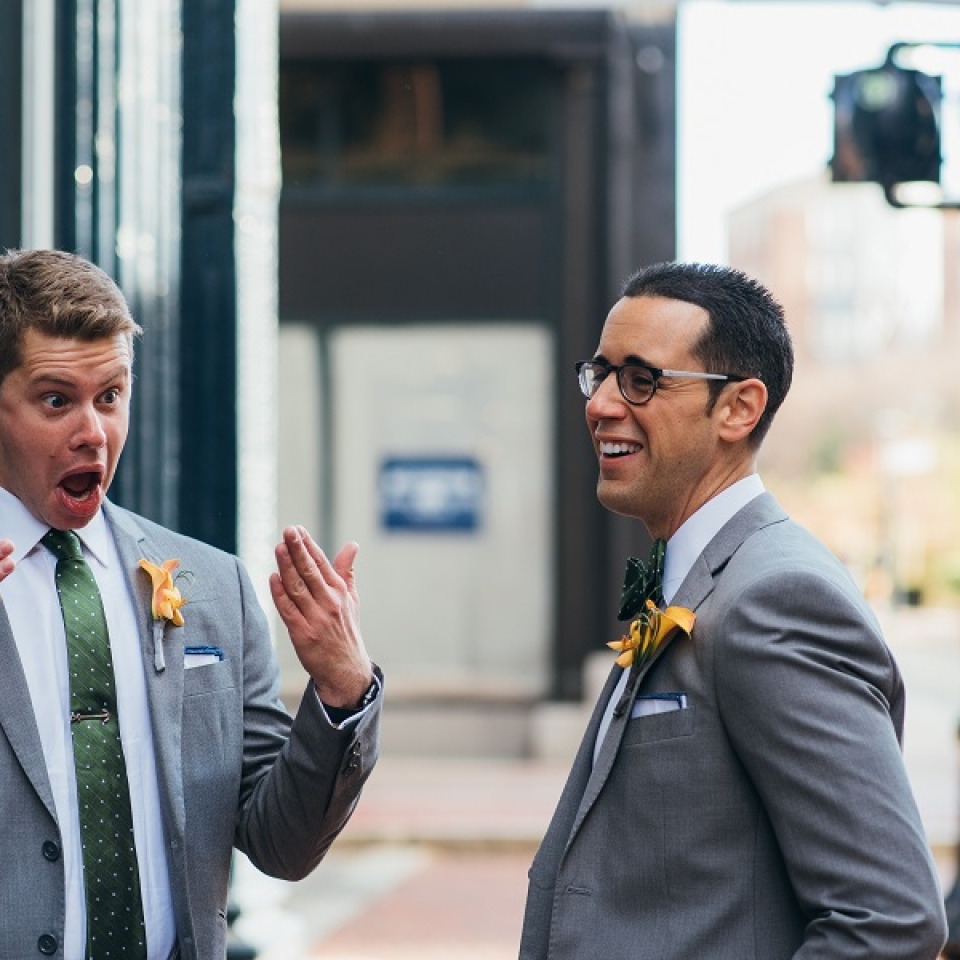 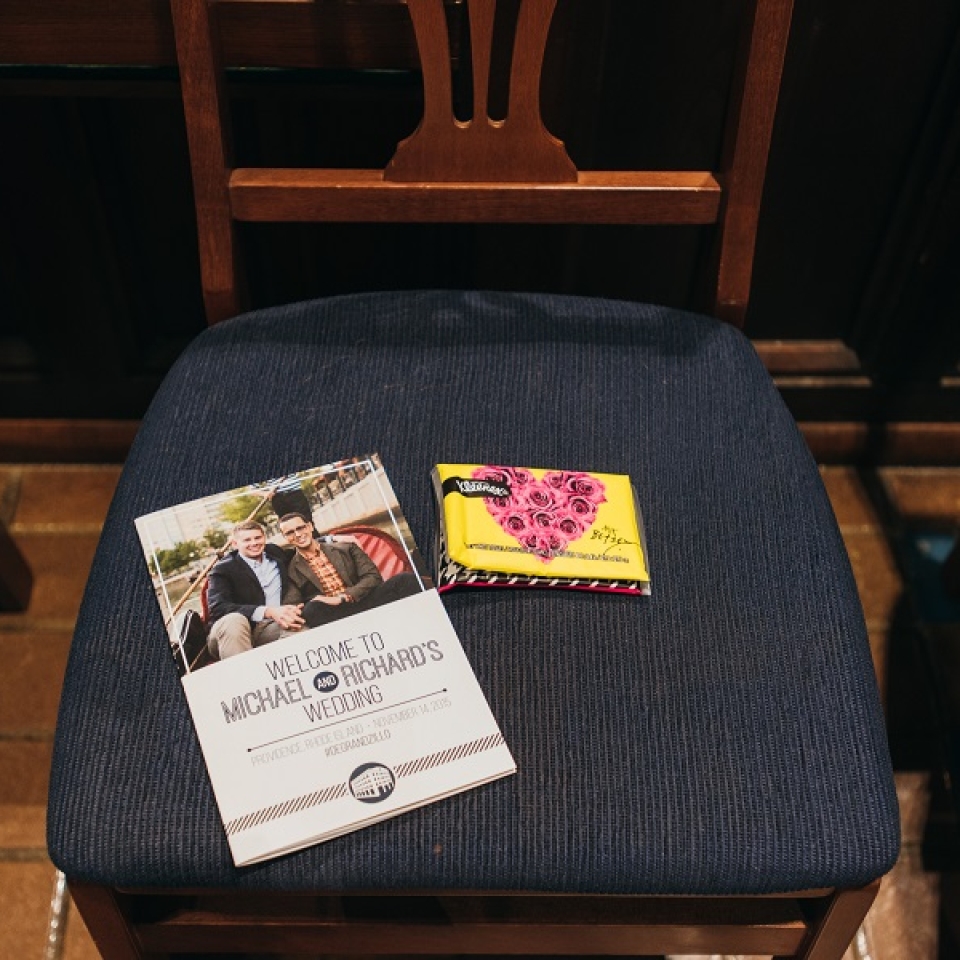 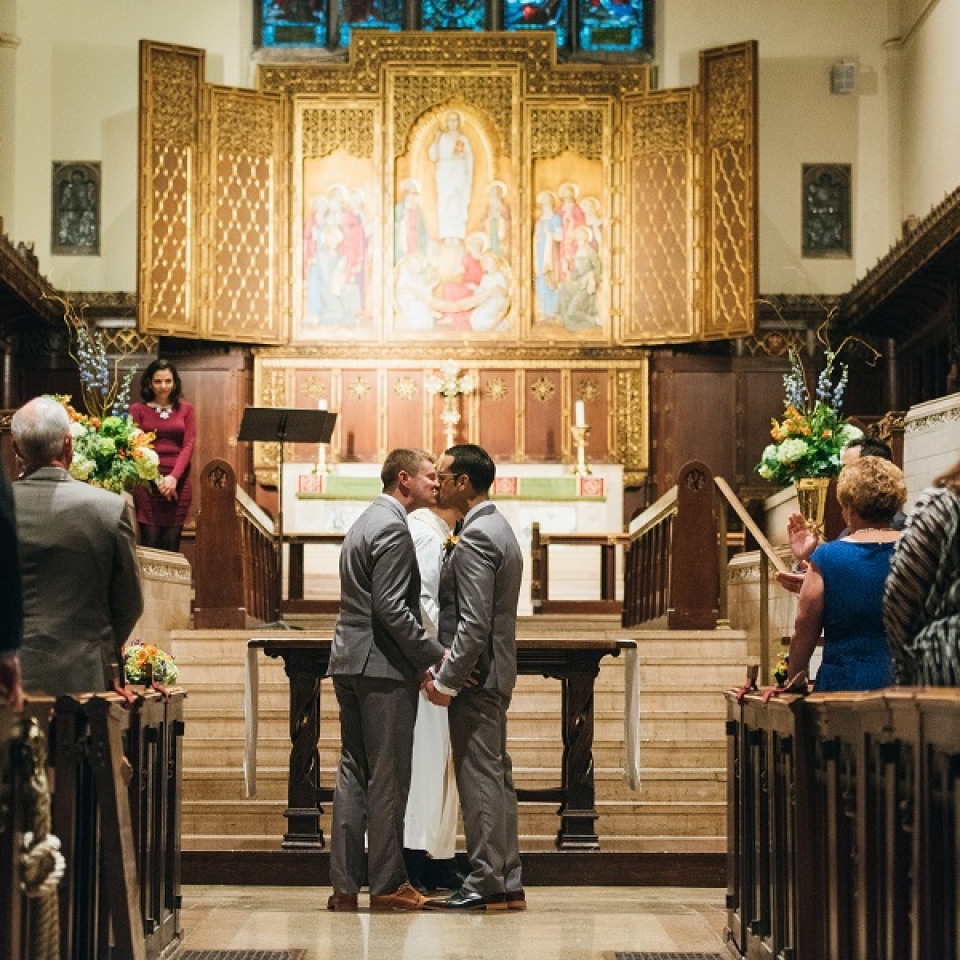 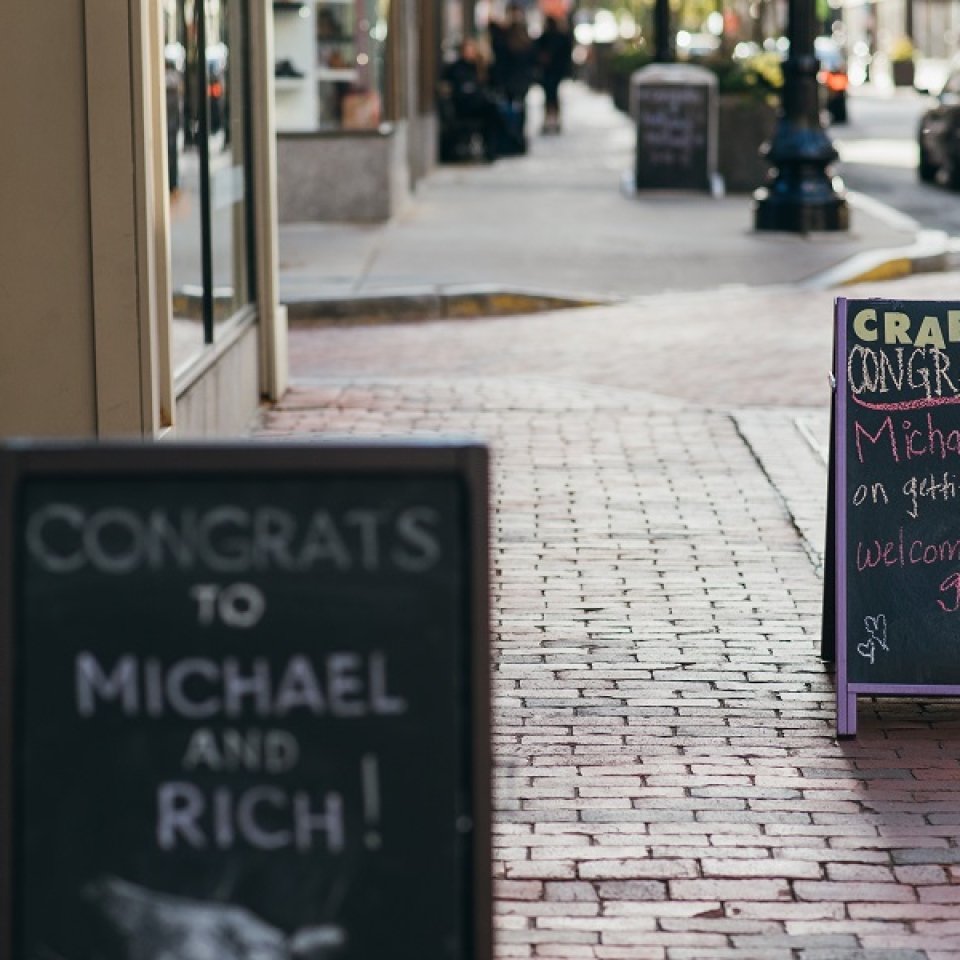 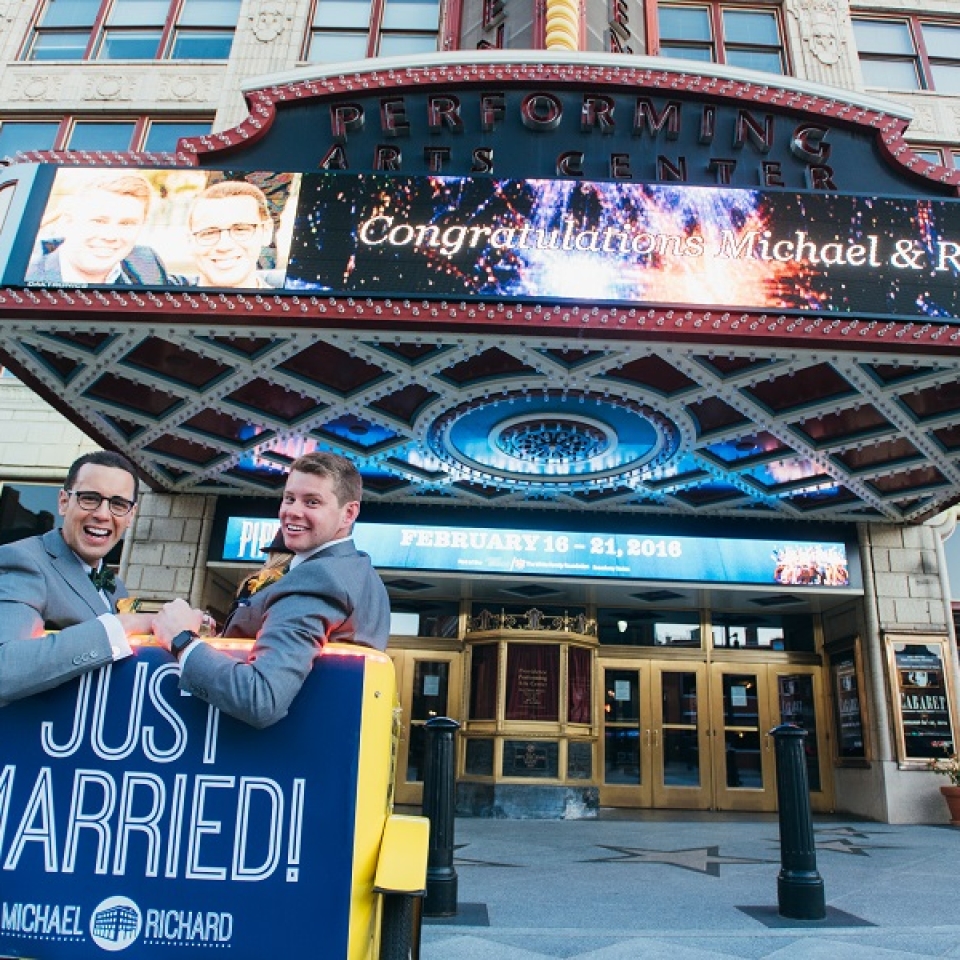 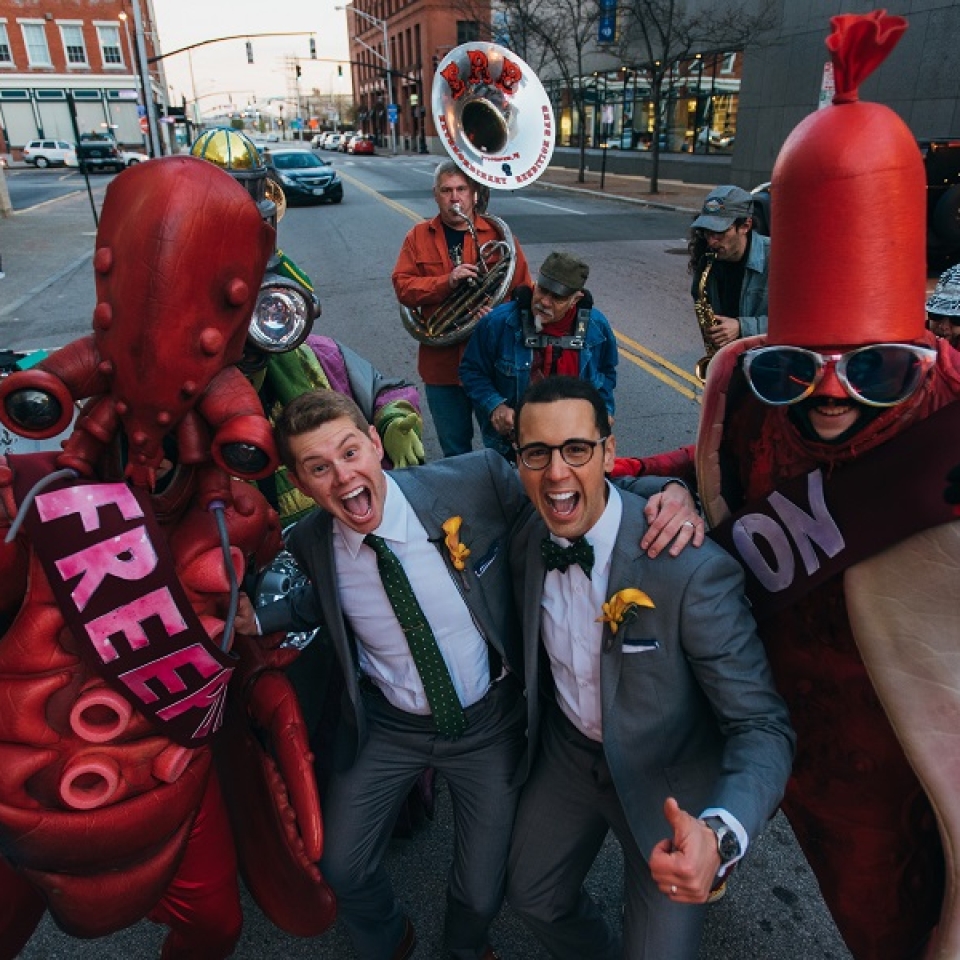 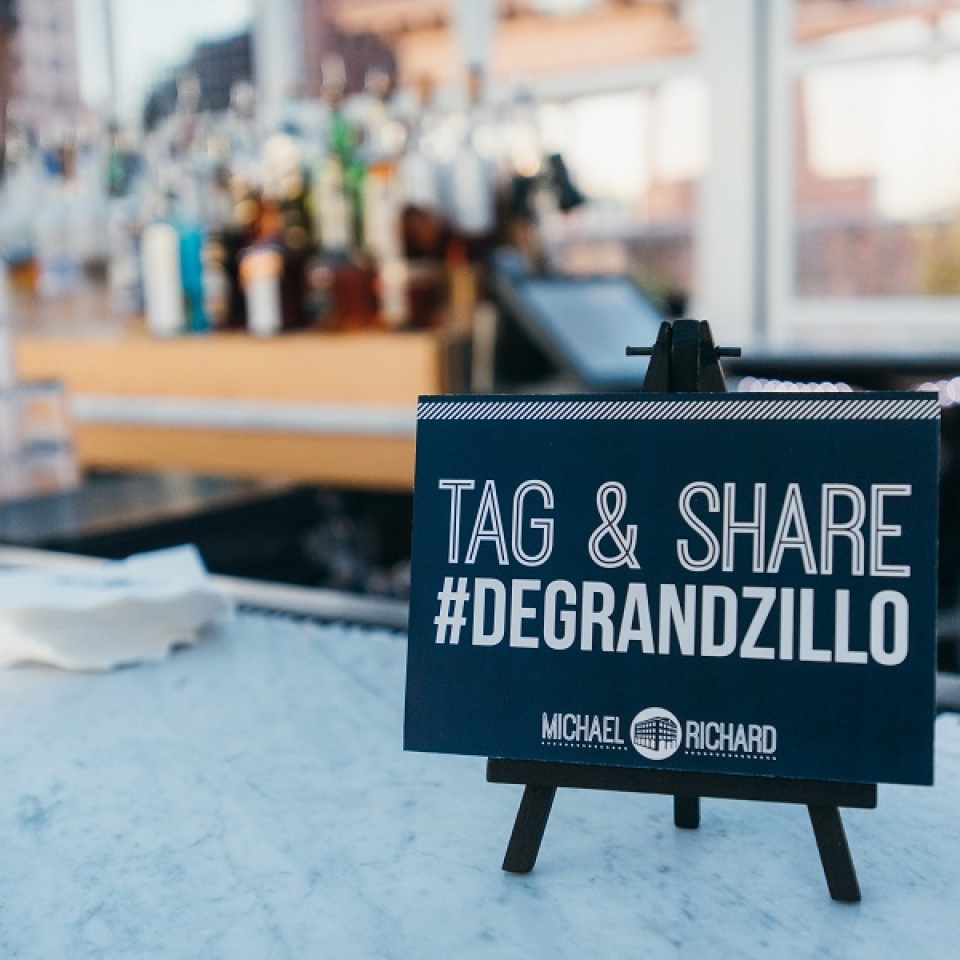 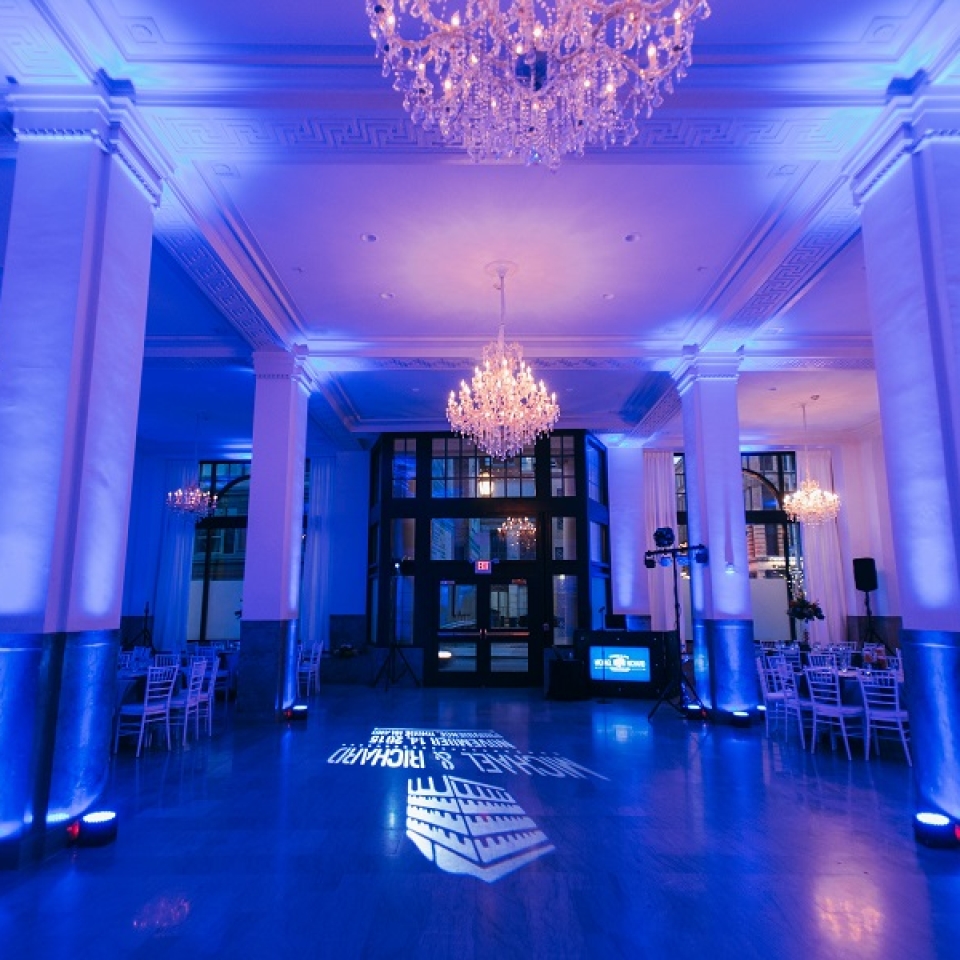 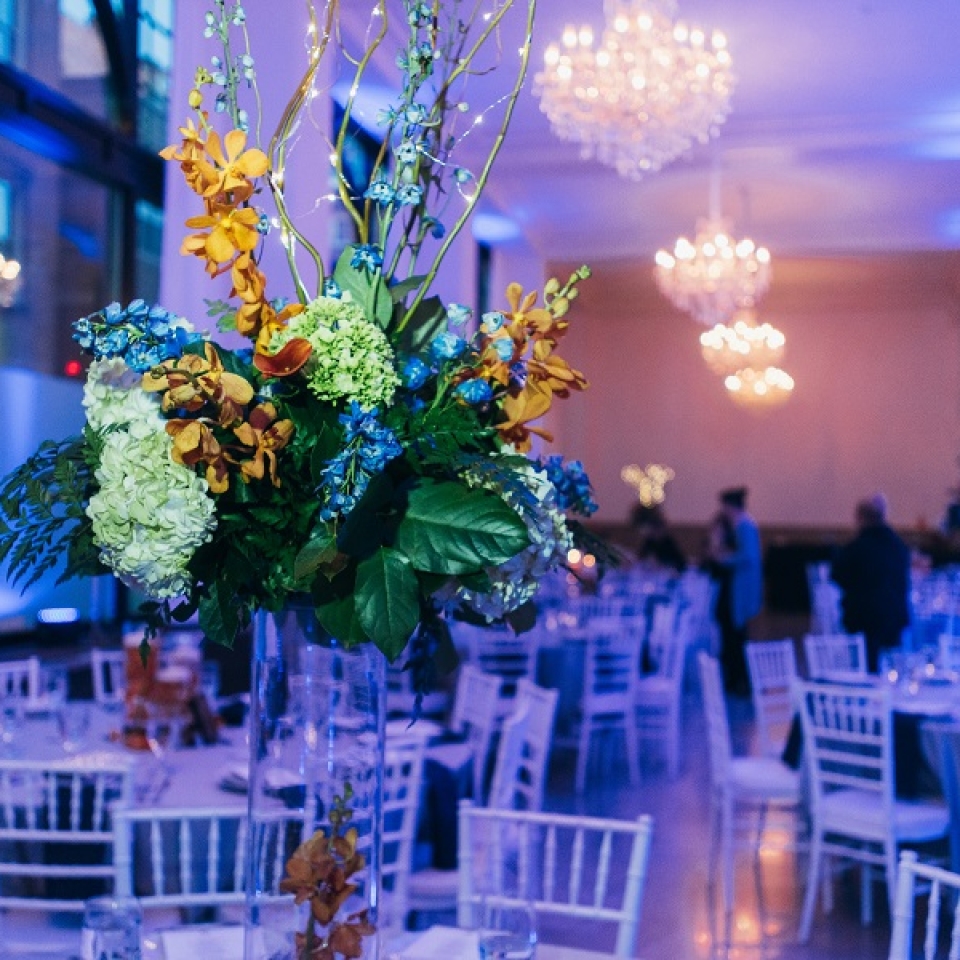 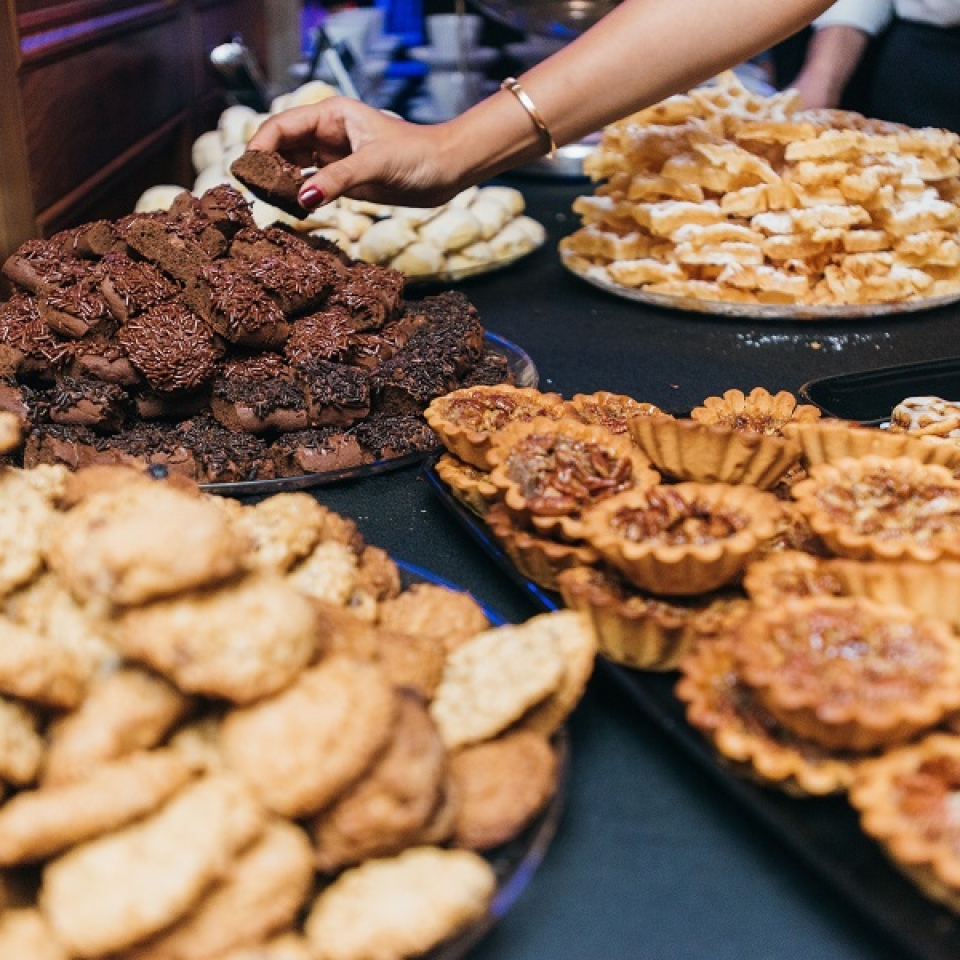 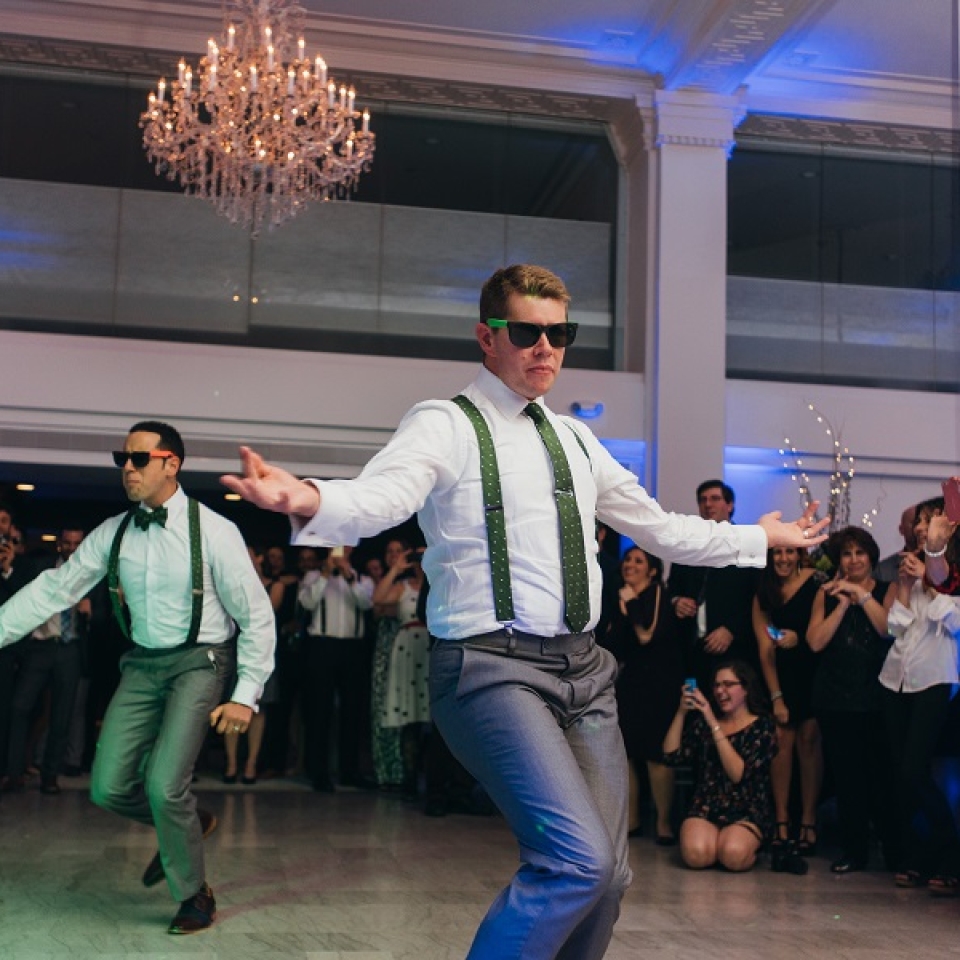