Jacquie and Josh
Prev Next
Search 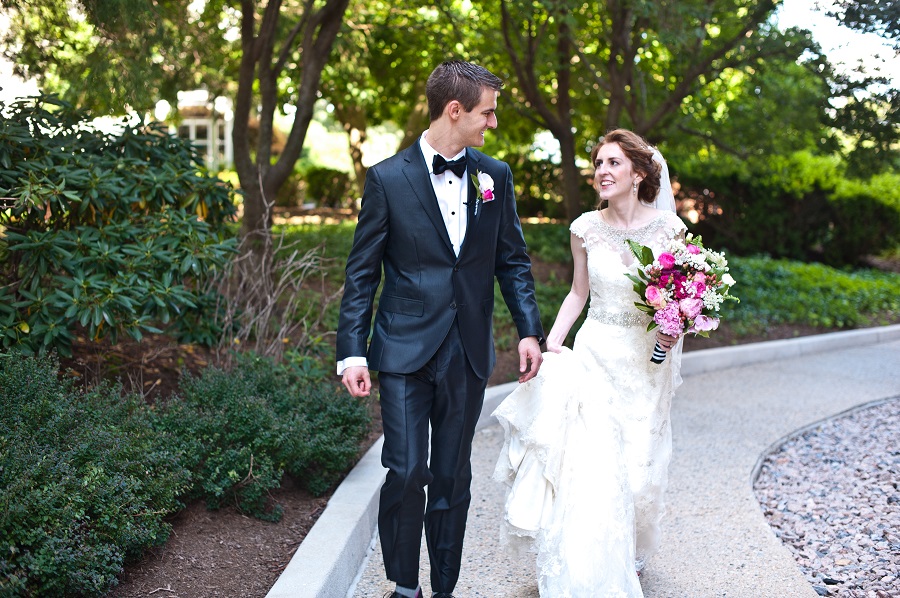 It’s been just over a year since our very own Aisle Say blogger, Jacquie DeSisto, got married to the Friar (ahem…man) of her dreams at the Rhode Island Country Club, so we thought it was about time we posted their full interview from Engaged 2017. Happy Anniversary you two, and here’s to many more!

Kait: So we know you two met 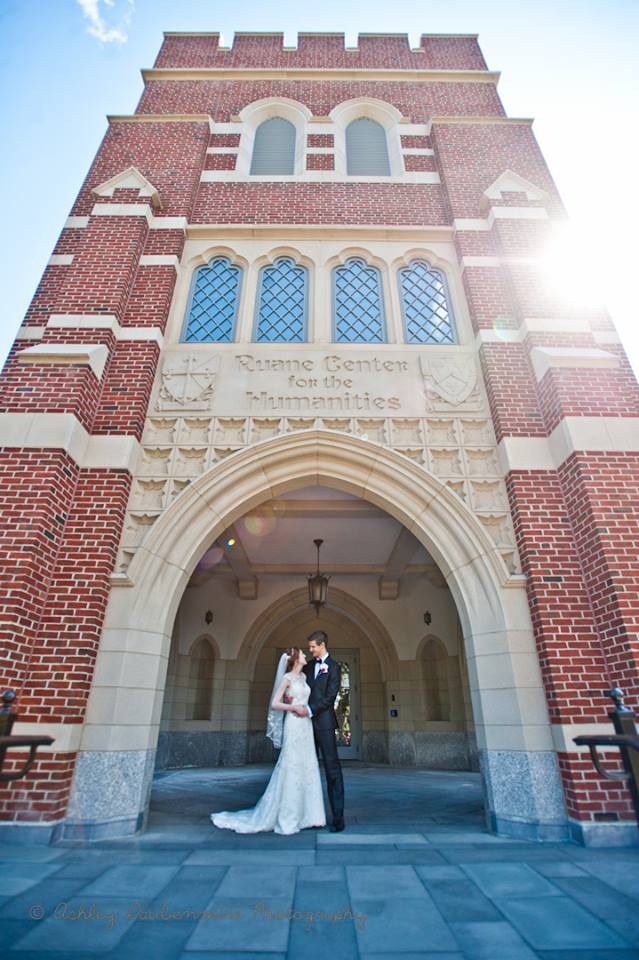 through Match.com thanks to your blog post, but I still find it so funny that you had actually crossed paths so many times before that.

Jacquie: Right? I’m originally from Rhode Island but Josh has lived all over: Rhode Island, Massachusetts, Connecticut and Texas. Still, we both went to P.C… just not quite at the same time! He actually graduated with my younger brother. Also later, once we were dating, we found out that we even had gone on the same retreat when Josh was a freshman and I was a senior. Facebook did a “Remember when…” post and I was scrolling through and all of a sudden I was like, “Oh my God, that’s us!” We weren’t interacting in the photos, but there’s a bunch where we’re standing next to each other or I’m directly behind him talking to my roommate.

Kait: We also already read Jacquie’s perspective on the proposal, but Josh, how did you feel that day? Were you more excited or nervous?

Josh: A little bit of both. I had everything planned out, but still I had the thought in the back of my mind of, “Well, what if she says no?” But I was mostly calm. I was really more nervous to talk to her dad beforehand. I had offered to buy her parents lunch a couple of times because I was always over their house for meals and I think they thought I was just being polite. But once I asked for the fourth time they got the clue. They were so excited when I told them. 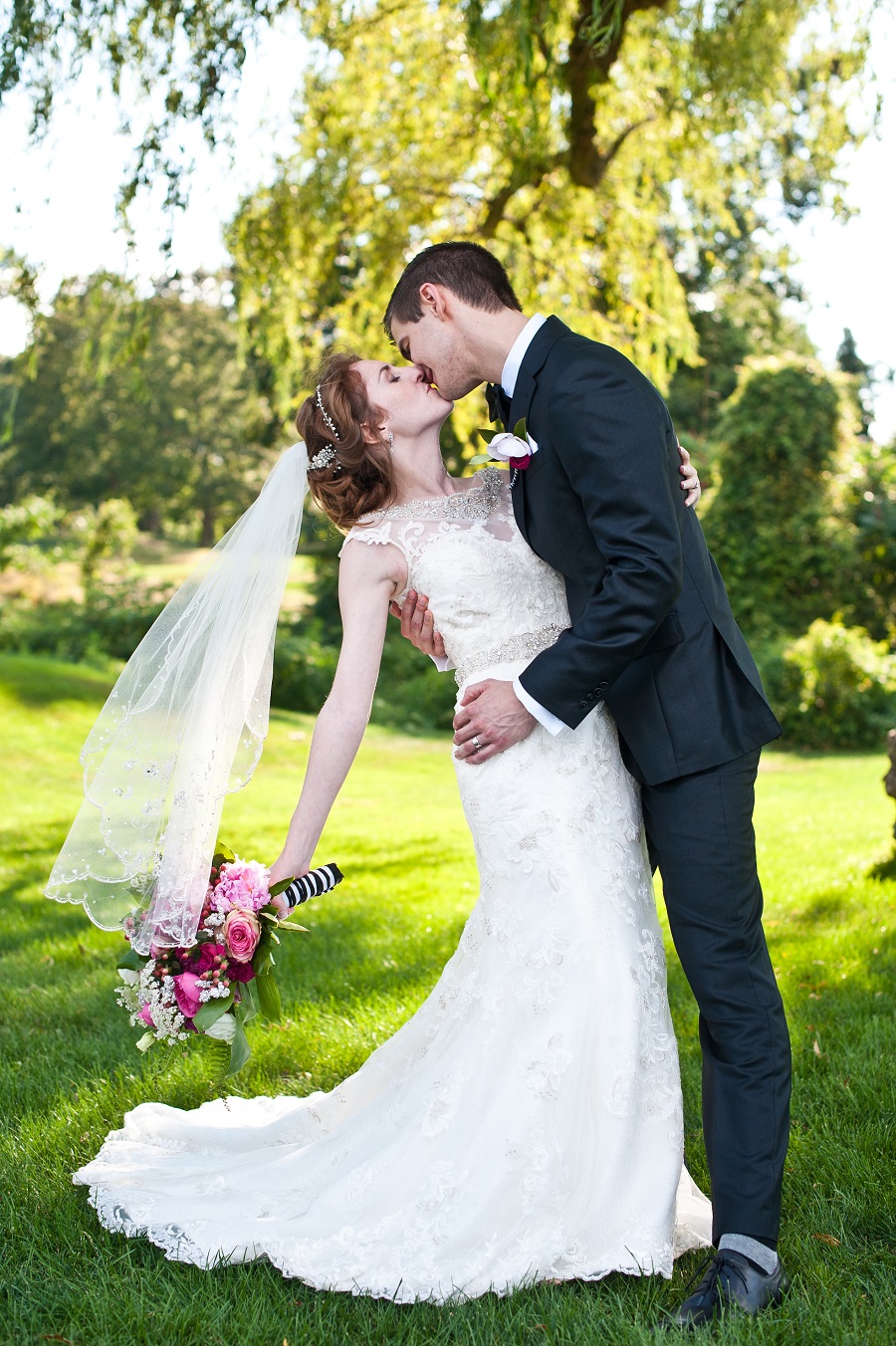 Kait: How long did you have to plan before the big day?

Josh: It felt long up until the last two weeks and then it felt too short.

Jacquie: We were actually just talking about it because our DJ just got engaged too. If you really want certain things you have to book it so far in advance. For all the big stuff I ran around the week after we got engaged and booked it all up because a lot of the dates we wanted were already taken. A lot of people get engaged now around Christmas and  they book everything for the following summer, and then you get the valentines day people right after. So it’s hard if you get engaged in like May or June. Both my cousins just did actually and they’ve run into a lot of issues with things already being taken. I liked the longer engagement because I wanted to plan everything myself on my terms.

Kait: What was the toughest part of planning?

Jacquie:  You know, I have a big family and I love them and I wanted everyone’s opinion, but then it just gets out of control. I wanted to make everybody happy, but everybody has different tastes, so I had to realize that I’m not going to make everybody happy. That’s what’s so nice about weddings; you get to see couple’s personalities shine. A rustic wedding might not be my thing, but for someone else it it and it’s so nice to see what they’re interested in and what they’re doing. I had to give up pleasing everyone and do what I wanted to do. 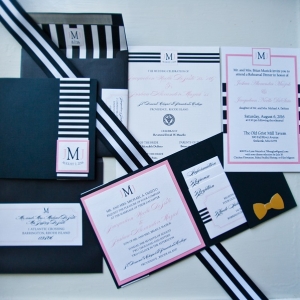 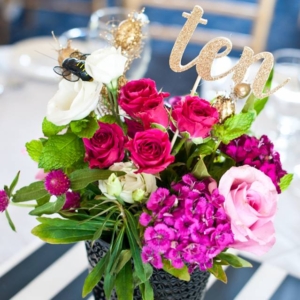 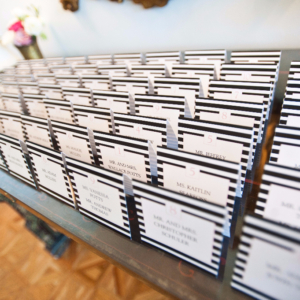 Kait: What gave you the idea to feature your guests’ wedding photos?

Jacquie: I saw that someone on Pinterest had just their immediate family’s photos, but I wanted to get everyone’s. Some of my guests actually said it was nice because they didn’t know anyone besides me or Josh, so when they were at the cocktail hour and were looking for their own photo they’d end up bumping into other people who’d be like, “Oh that’s me… I hated that dress!” and they’d all share their wedding stories. I see it all the time now, though. I actually saw on Pinterest the other someone used them for escort cards, but ours were just spread throughout the cocktail area. 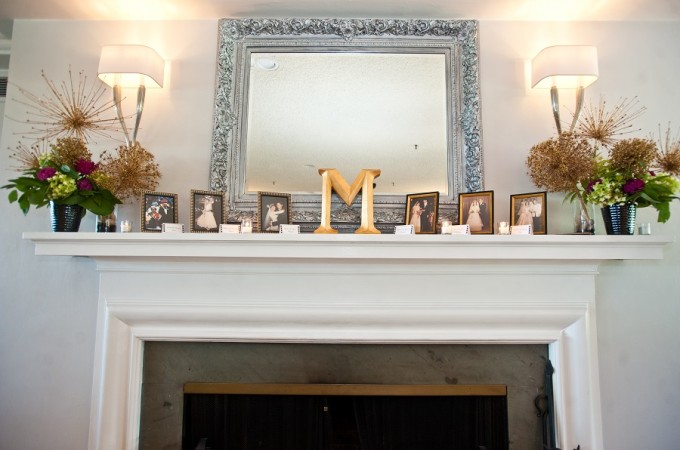 Kait: Did you do a first look?

Josh: No, we kept it traditional; I wanted the first time I saw her in her dress to be when she was walking down the aisle.

Kait: Were you nervous on the actual day?

Jacquie: I was super nervous but I’m just a nervous person. The actual day was very nerve racking for me. Nothing went wrong… Well, just one very minor thing, but my aunt just took care of it. But I really liked when the priest during the ceremony said, “Greet your neighbor and say how you know Jacquie and Josh.” It was nice because our friends and family were able to talk to each other, but I really appreciated it because it gave Josh and I the chance to check in with each other. I had really been feeling the pressure because everyone is looking at you when you’re walking down the aisle and then when you’re up at the altar, and so it gave me a second to talk to josh and for him to be like, “It’s okay, you’re okay!” I hadn’t seen him all day so just getting to talk to him when all eyes weren’t on us, even for just two seconds, really helped ease my nerves. 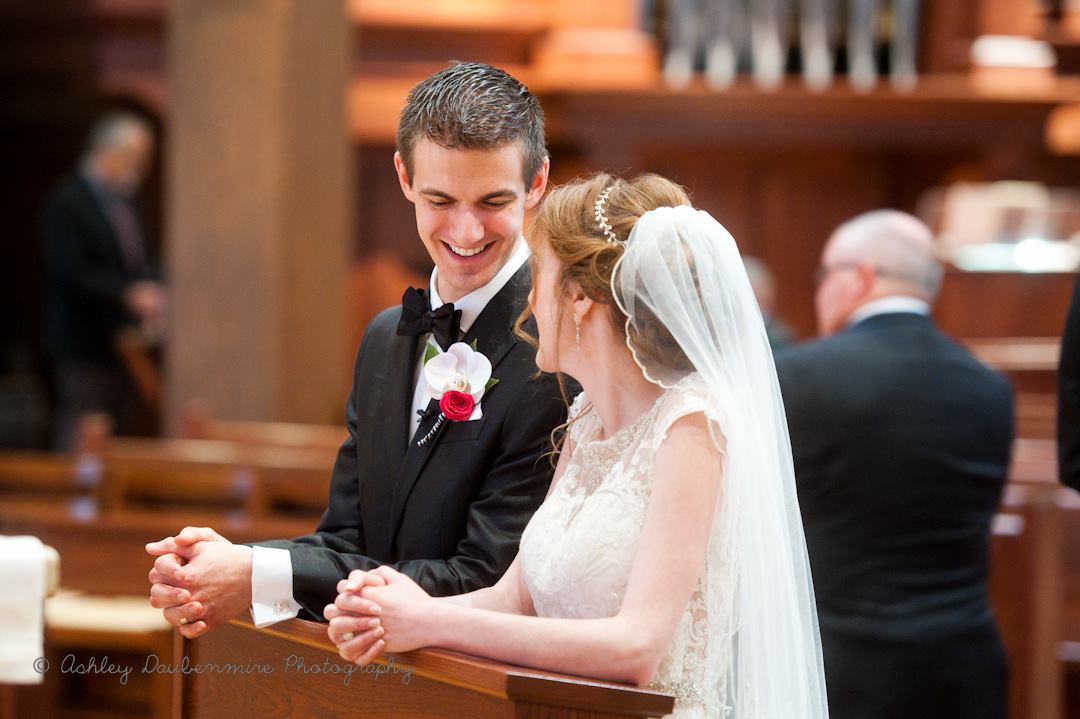 Kait: It looks like you had pretty epic first dance. Was it impromptu or choreographed? 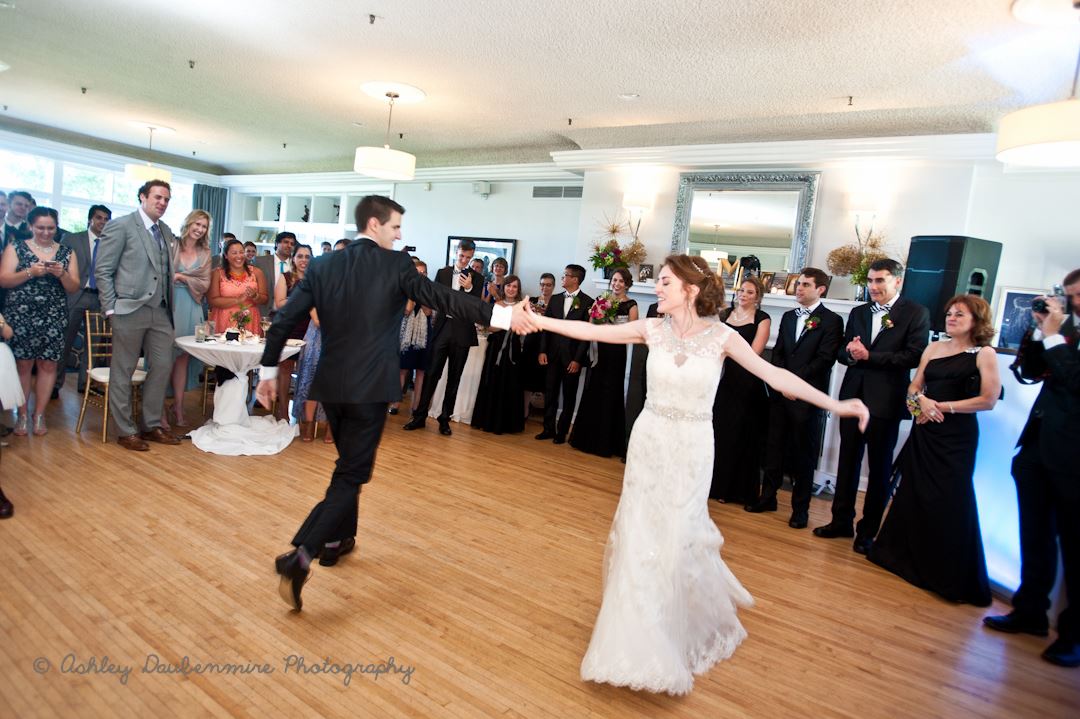 Jacquie: It was choreographed by Kelly Cannone. We only did two lessons with her.

Kait: Are you guys natural dancers?

Jacquie: I danced through college and just started taking dancing lessons again last year, so I had a background, but she made it easy for us.

Kait: You guys made it look easy.

Jacquie: He was also pretty insistent on lifting me. I was a *little* nervous about it

Josh: I wanted to go overhead.

Jacquie: Yeah, no no. 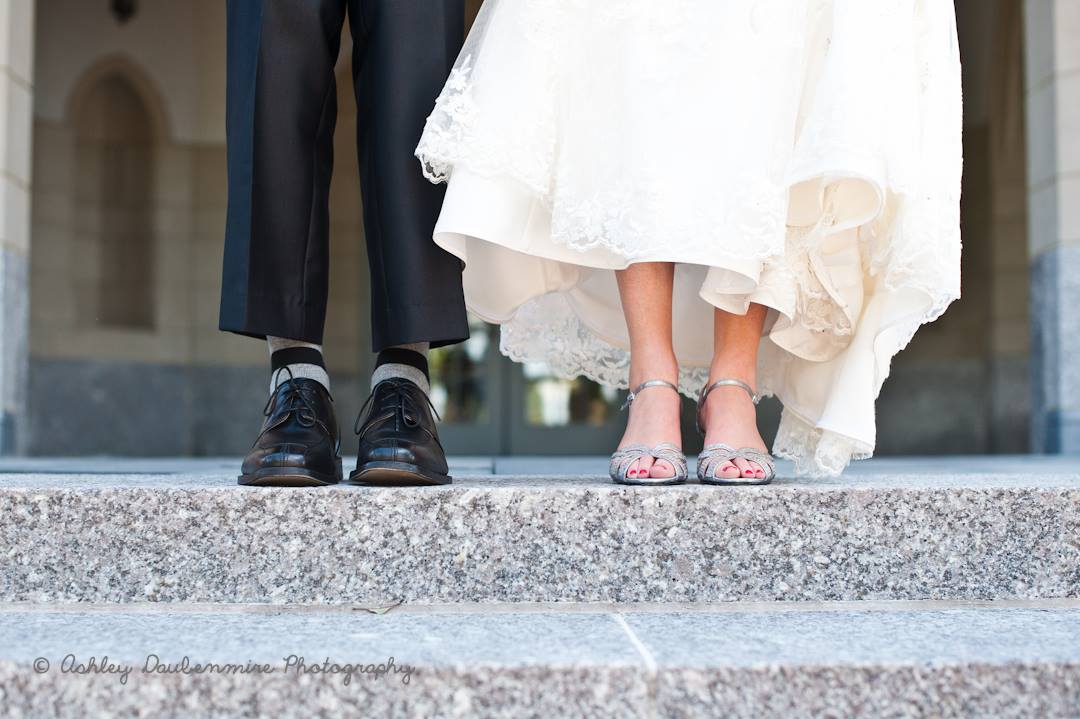 Kait: Did the whole day feel like a blur?

Jacquie: Actually, our wedding went by slow. We recently went to a wedding and when it ended at 11 we were like, “Wow, that went by so fast.” Our wedding wasn’t like that. It was a really long day: Our ceremony started at 2 and by 1030 we were like, “Okay, we’re tired, this has been a long day.” Even our friends at 1030 said they were exhausted but we all knew it was early so we said, “We just gotta rally and keep going!” We didn’t even think that that many people would stay till midnight because it was a Sunday, but VJ Day was the next day so a lot of them had it off.

Josh: Some people who really shouldn’t have stayed until midnight, stayed until midnight. Seventy, eighty year old relatives were still there dancing the night away. One of them had just been in the hospital and she had just kept saying “I just want to make it to Jacquie and Josh’s wedding!” She not only made it but she was a dancing machine. 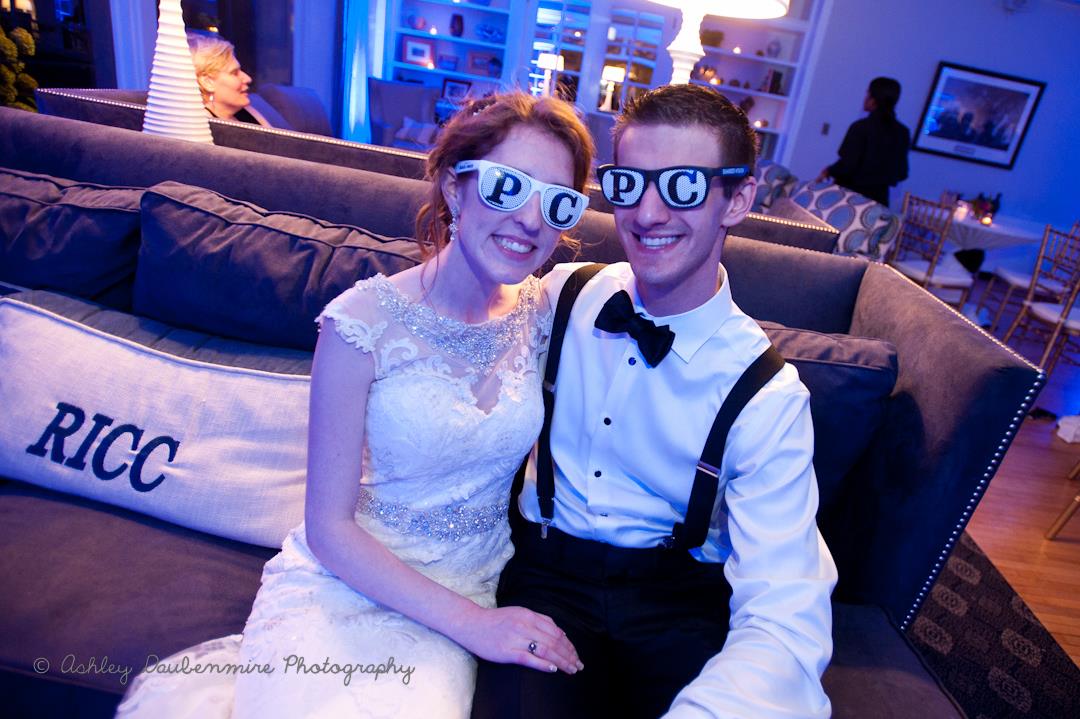 Kait: Do you have any favorite moments from that day?

Josh: I have two. Obviously, one was seeing you come down the aisle. And then the other was after our first dance; just knowing that we nailed it. Up until then we had messed up every single time and that was the first time we got it perfect.

Jacquie: That was pretty good, I’ll pick a different one then. I have a younger cousin, Sam, that I’m very close with. We’re more like siblings. He made a surprise speech where he talked about how I was like a sister to him and he also thanked Josh who’s been tutoring him. It was so nice that he wanted to do this surprise for us.  He had actually surprised me earlier in the day too — We didn’t want to have to pay for a limo service and my father had just gotten a new car so Sam said he would drive us in it to the ceremony. He met us at the Country Club first and he handed me a little card that read, “Something old, something borrowed, something new, six pence in your shoe.” He had taped a six pence, which is supposed to be good luck, that he had gotten from England to the bottom of my shoe. It was just so very sweet that this seventeen year old thought to do all of these things and that and he really wanted to be involved. And of course I loved everything with Josh too!

Kait: So obviously PC played a big part in the beginning of your relationship, but do you still go to the games?

Jacquie: Hah, not so secretly!

Josh: We’ll be those parents who hide their acceptance letters from other places. 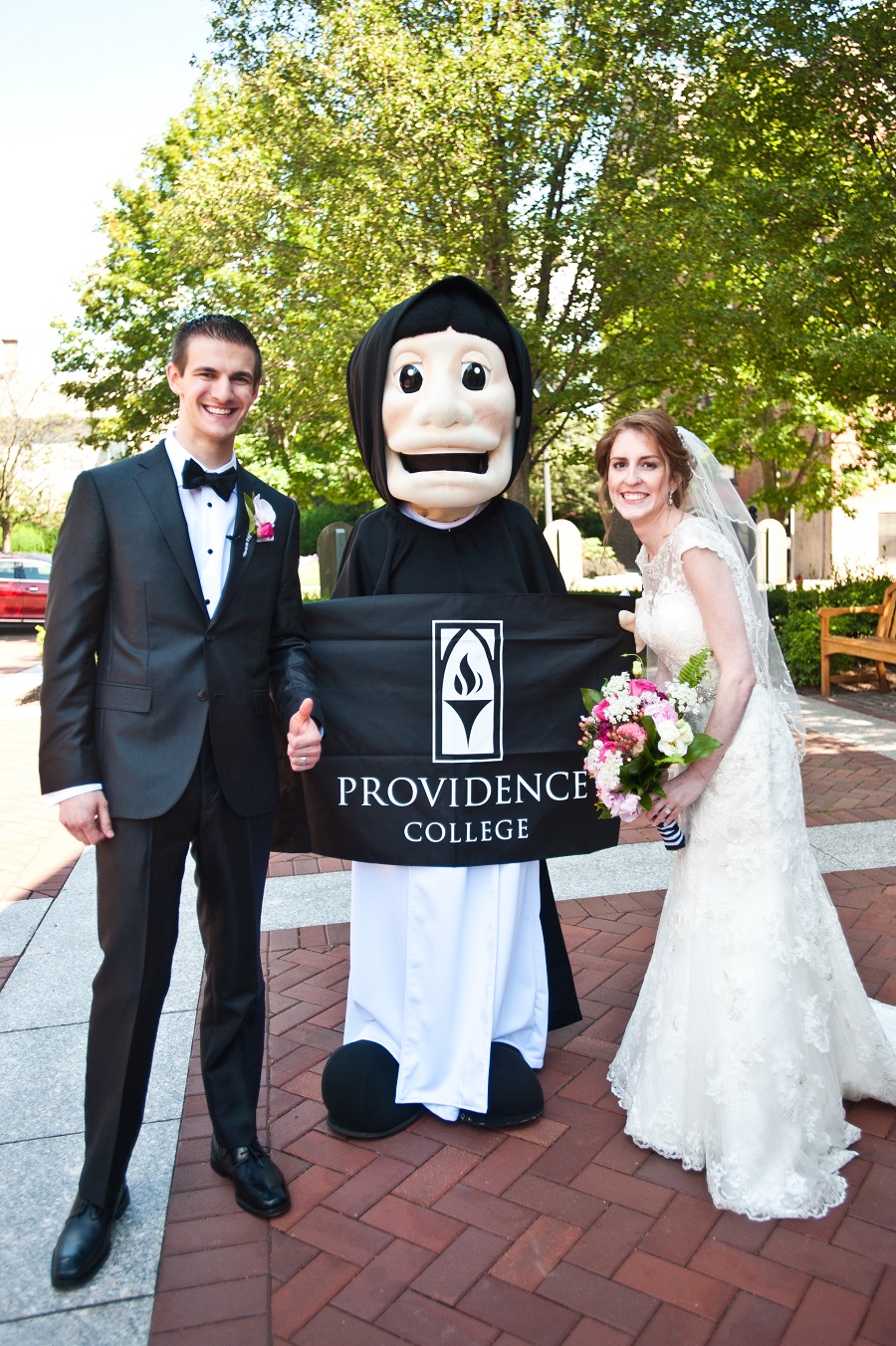 Jacquie: The funny thing is, Josh didn’t even want to go to PC! But PC was always my only choice.

Josh: We only have one person in the family who went to BC and he’s been cast out. he’s the black sheep.

Jacquie: The PC thing was always important to us. And we felt like even though we didn’t technically meet there, it was an important part of our story… it’s still really the beginning of our story.

Josh: That’s what brought us together on match; that we both went to PC. And then we went to the basketball game for our first date and PC won that night.

Kait: A good omen if there ever was one. 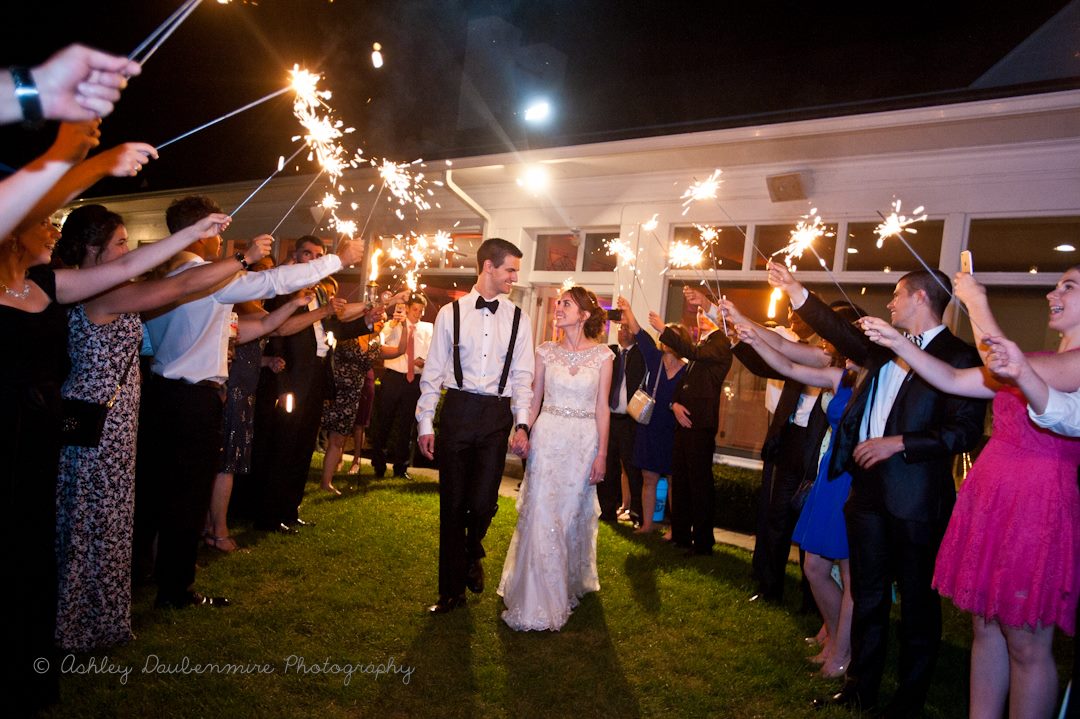 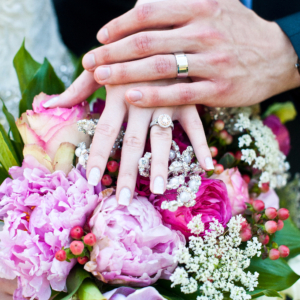 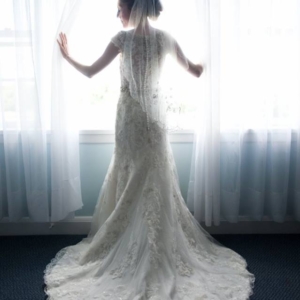 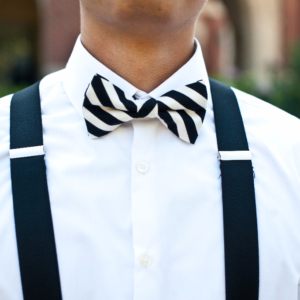 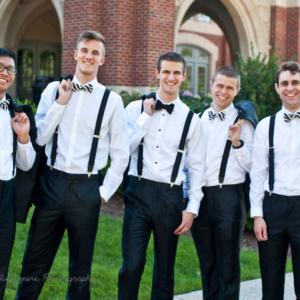 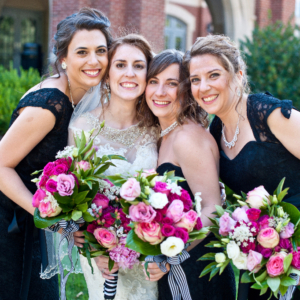 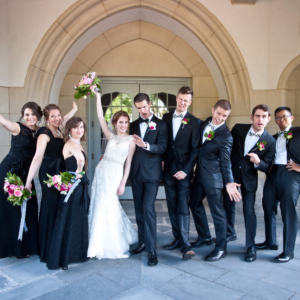 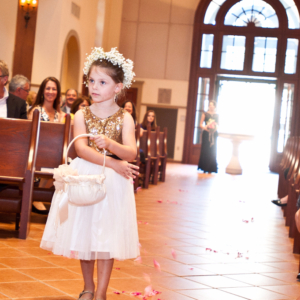 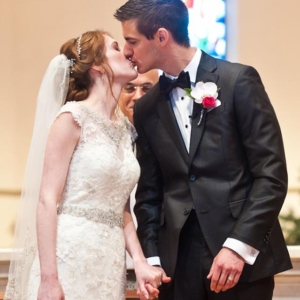 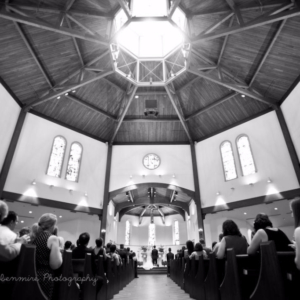 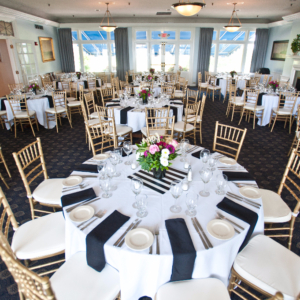 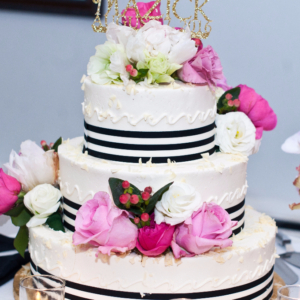 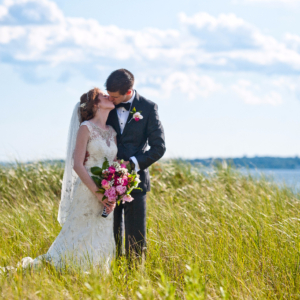 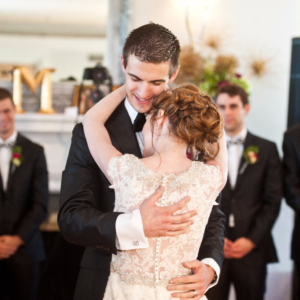 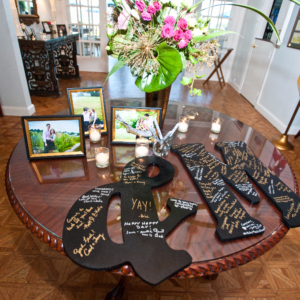 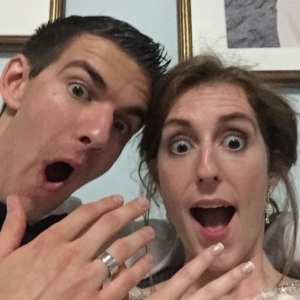