Run for the Fun
Prev Next
Search 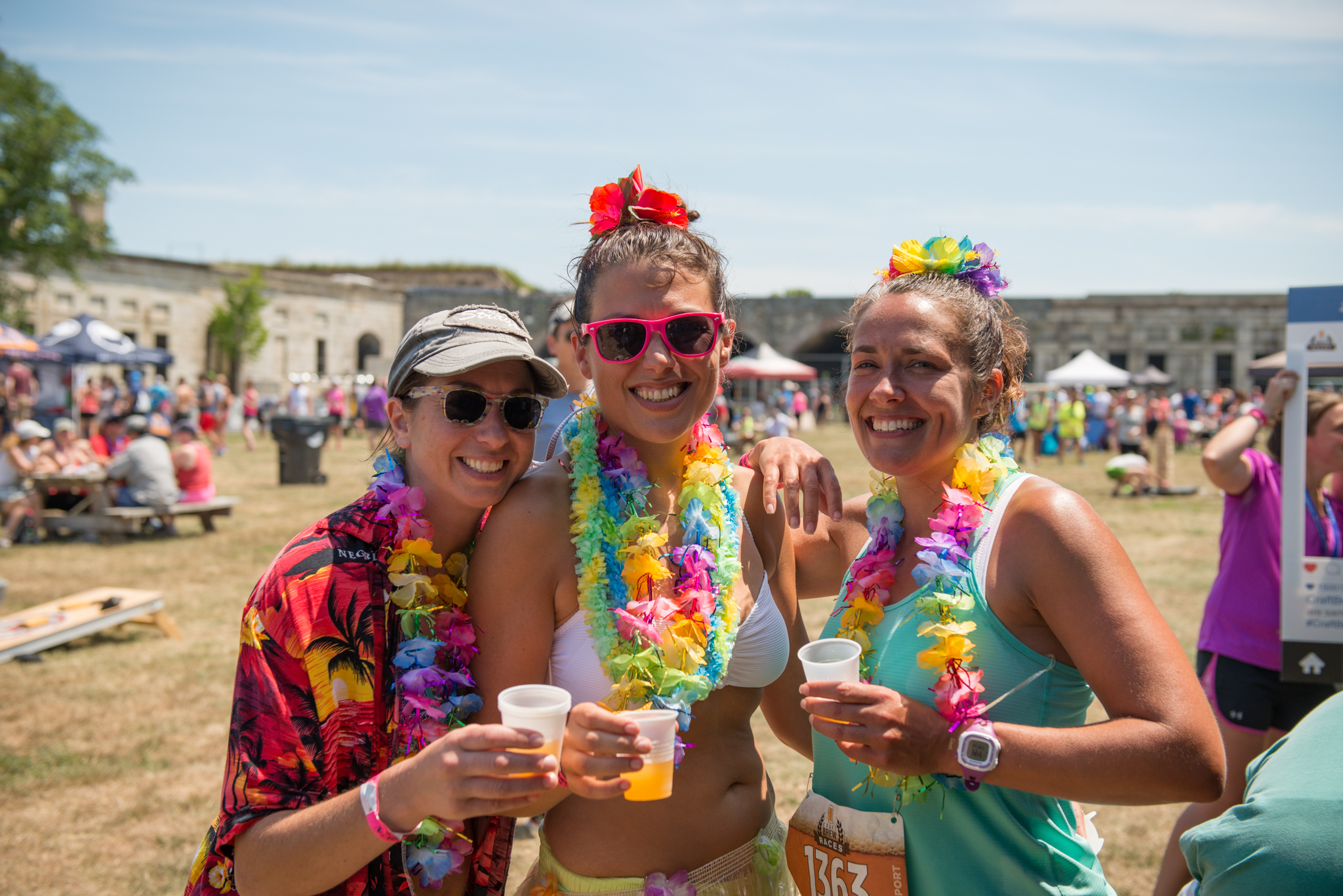 Finding the motivation to get bridal gown-ready can be difficult, we know, but throw in rewards of cold beer at the finish line, or being doused in color during the race, and the aches and sweat might seem just a bit more bearable. These 6 unique and entertaining 5Ks offer fun and memorable ways for you to not only maintain your wedding day figure, but also spend some quality bonding time with your bride tribe!

By Chelsea Carney and Makaela Smith

Color Outside the (Finish) Lines 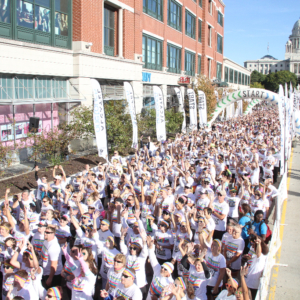 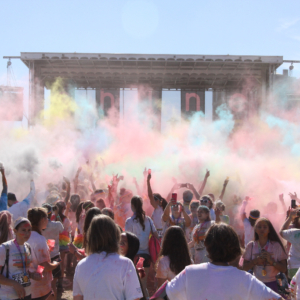 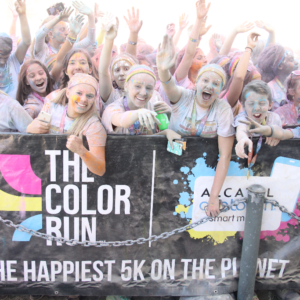 📷: Courtesy of the Color Run

Known as the “happiest 5K on the planet,” there are no timers during the Color Run, but there is plenty of fun. As long as you own white clothing, you’re more than qualified for this event; just be ready to get a little messy because you will be covered in multi-colored powder by the time you reach the finish. Both teams and individuals are welcome!

It Caught On in a Flash… 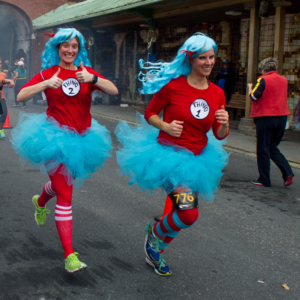 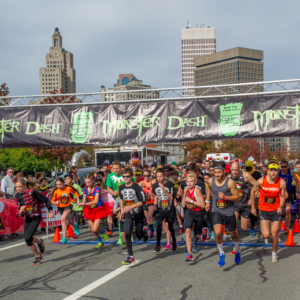 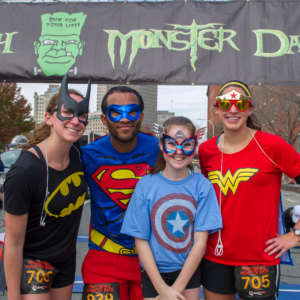 Sure, for Halloween, you can be anything you want: A fairy, a zombie, a monster, you name it. But at the Providence Monster Dash, you can be any of those things while you participate in your very own thriller movie chase scene (a.k.a. a costume-clad 5K). This is a kid-friendly event, so bring the flower girls and ring bearers and play dress-up together. 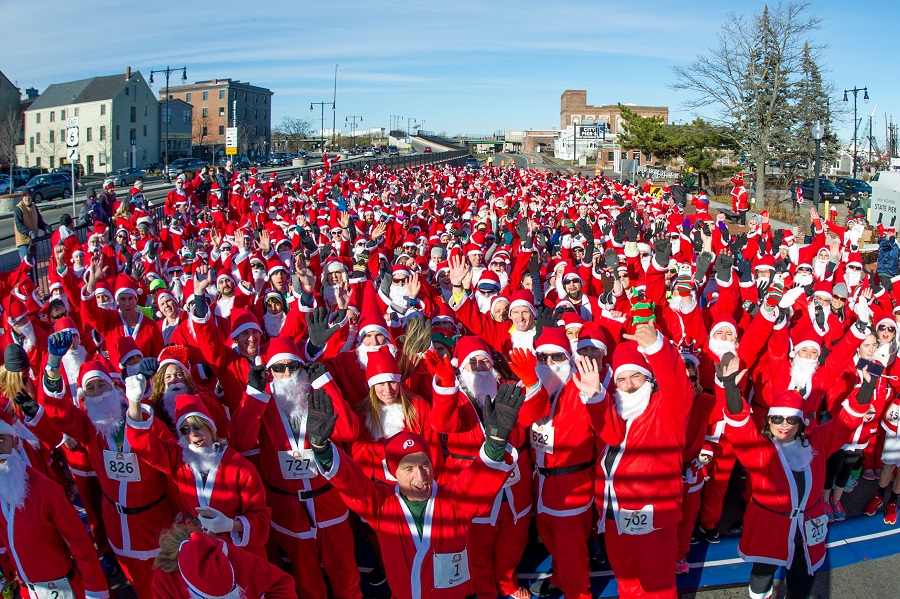 Come December, you know you’ll be looking to shed some of those extra pounds you put on during Thanksgiving. The New Bedford Santa Run is a great way to kick off the holiday season; just have you and your team strap on your Santa suits (included with the registration fee) and head to town to run around with hundreds of other jolly old men.

Go for the Gold

Three courses in three different cities, or more like three different opportunities to imbibe a cold one at the finish line. This 5K, known as the Tour de Patrick, gives runners a chance to complete three individual 5K races in Providence, Pawtucket and North Kingstown. The first two races are scheduled around said towns’ St. Patrick’s Day parade, which means you’ll be running down the parade route with ample (and probably-tipsy) spectators to cheer you on.

Take a Shot in the Dark 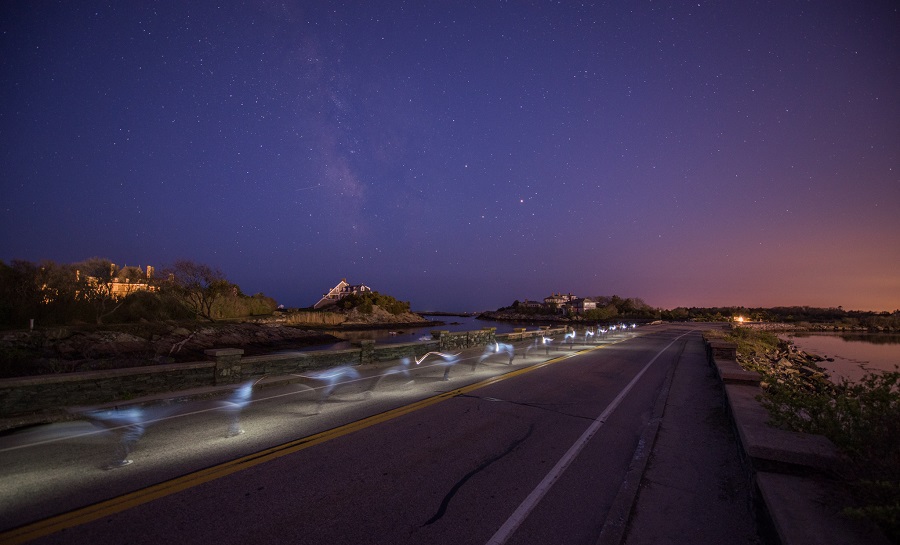 If you find yourself using the summer day’s heat as justification for not going out for a run, now your excuse is out the window. Newport Night Run is the city’s only nighttime 5K so you can experience the sea side views in the cool night weather. Even better, the run will benefit the Newport Public Education Foundation, a non-profit organization that helps enhance public schooling for children.

Race Before Beer, You’re in the Clear 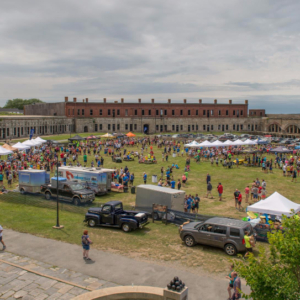 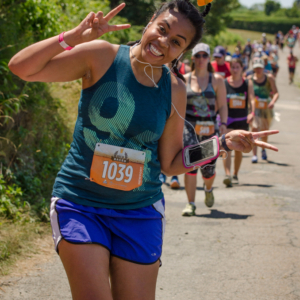 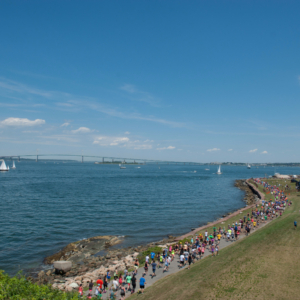 If fitness itself isn’t incentive enough to do a 5K, how about a 5K that ends with a beer festival? That’s the idea behind the Craft Brew Races in Newport. Enter either as an individual or a team, and then enjoy a local craft beer festival featuring more than twenty breweries, eateries and local musicians.

A Man Who Gets Women