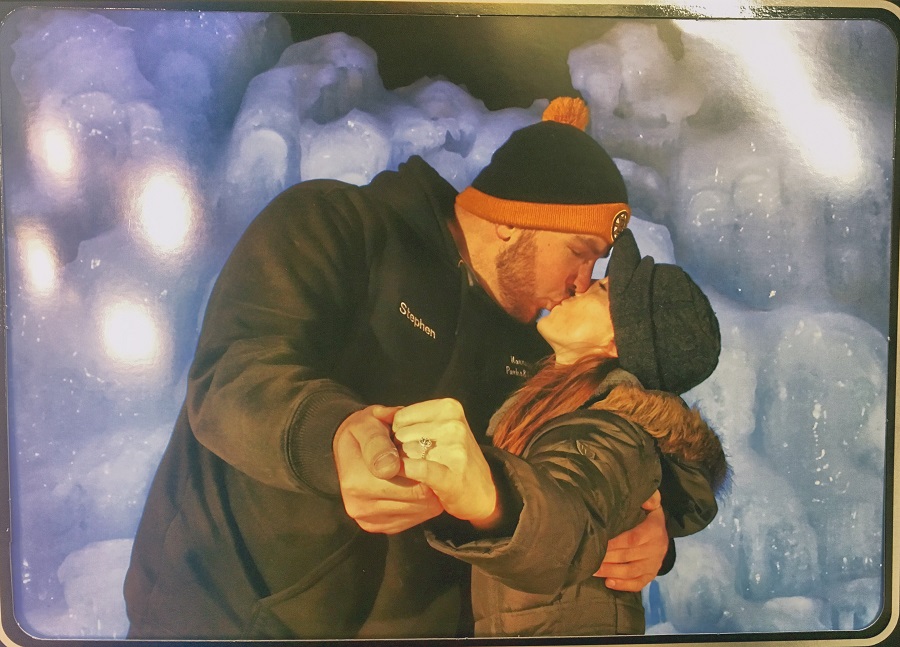 Sarah Gronhagen of East Greenwich and Stephen Kettle of Richmond are engaged! 🎉💍 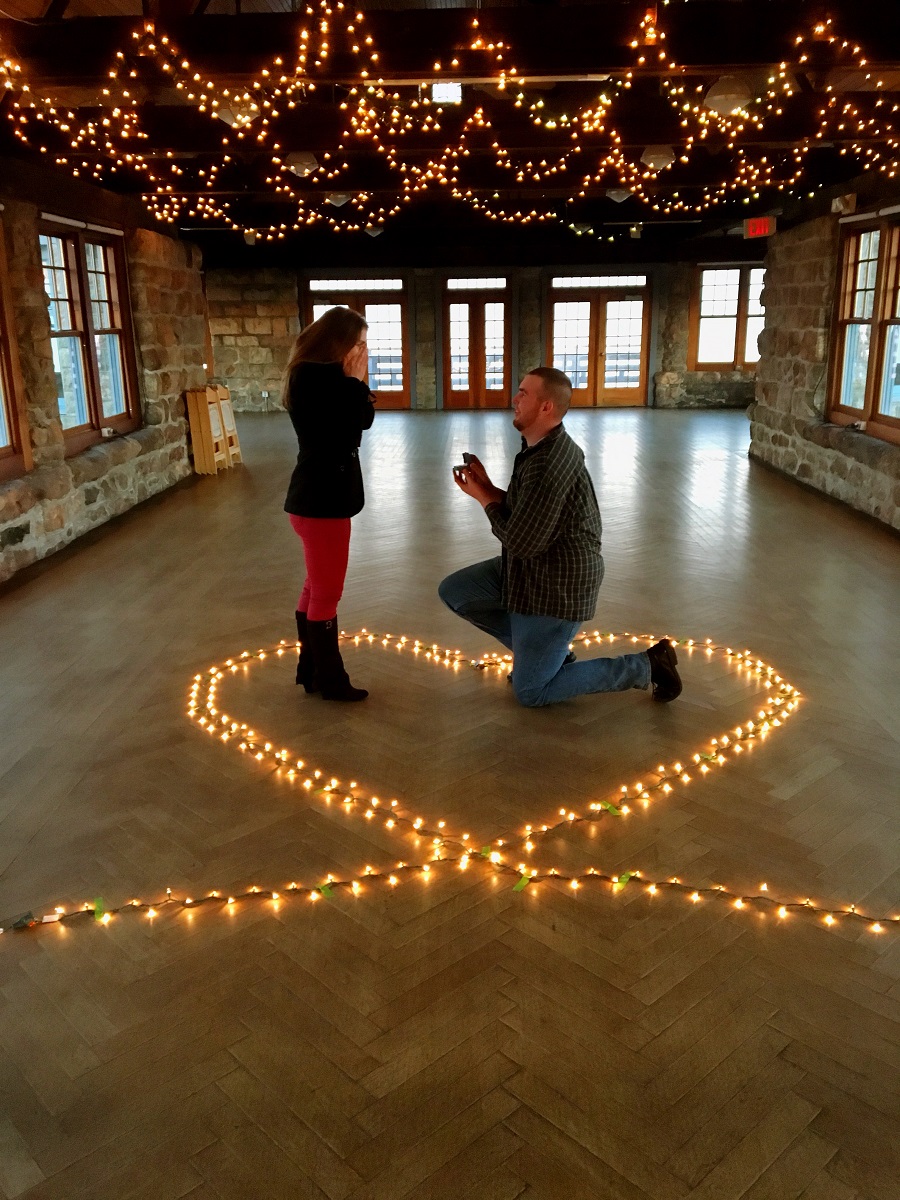 Stephen works for the town of Narragansett and had told me he would be working on lighting for an event that day at work. We had plans to stop by Spain Restaurant that night to buy a gift card, so around 2 o’clock he texted me and said the lighting wasn’t going as planned — he needed to go back and fix it, so he asked if I could meet him down at the Towers. I said yeah because it was easy to meet him there and then go to Spain to get the gift card. As I drove down to Narragansett, I thought to myself, “What if this is it?” but quickly shot the idea down because we had talked about it before and he had said, “No, no, someday.” So I pulled up to the towers and an event coordinator met me at the bottom of the stairs. She said, “Let me show you where he’s working.” As I walked up the stairs my heart started pounding and my legs became shaky. I stepped up and turned the corner to see Stephen standing in a heart made of lights, the beautiful lights above him and music playing softly. Immediately I said, “Stephen, Stephen, are you kidding me?” Slowly I made my way to him in complete shock while he stood there with a giant grin on his face. As I stepped into the heart, he got down on one knee and said it:”Sarah Marie, will you marry me?” It was hands down the easiest question I’ll ever have to answer. First I nodded, and then somehow was able to sputter out “yes.” We sealed it with a kiss and then he put the most gorgeous ring I have ever laid my eyes on on my finger. This proposal was the most beautiful and thoughtful gesture and I couldn’t have asked for more. The best part? I get to spend the rest of my life with my best friend and better half. 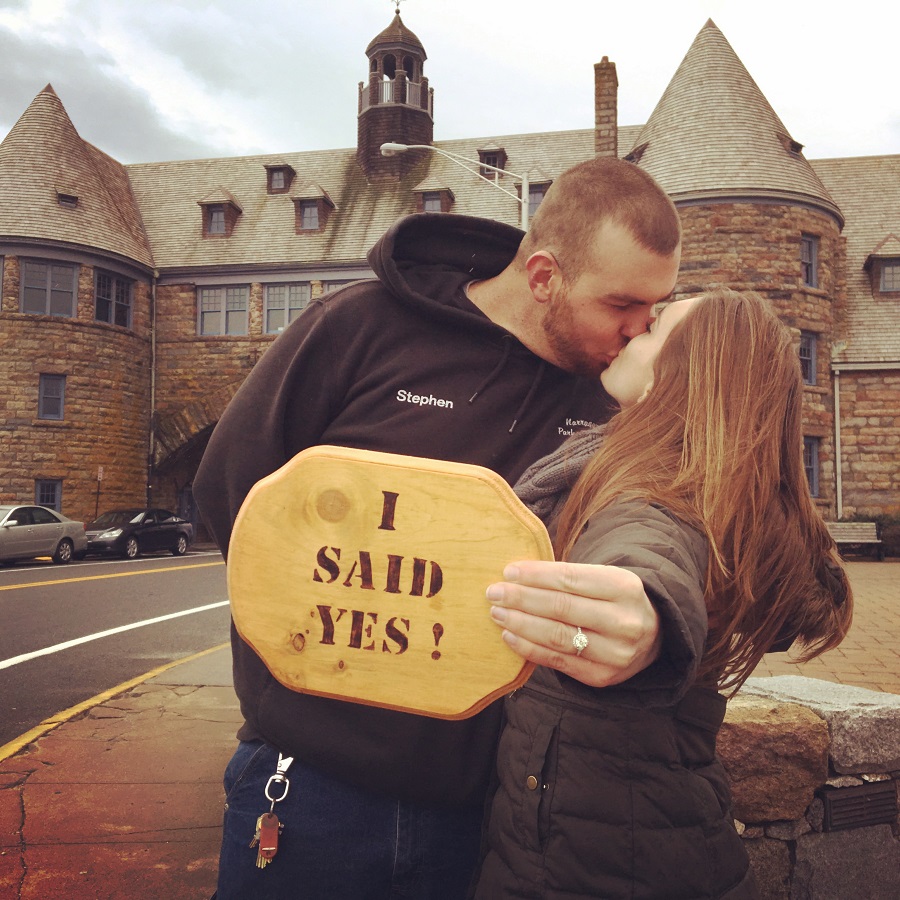