Danielle Daigneault of Coventry and Ryan O’Rourke of Hope are set to wed on May 4, 2019 at South Ferry Church in Narragansett followed by a reception at Quidnessett Country Club in North Kingstown. 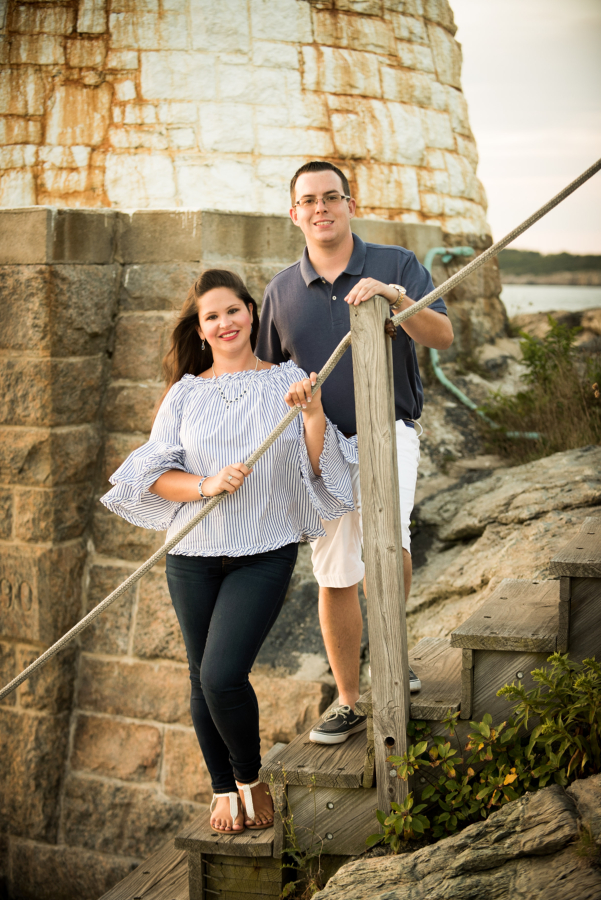 Ryan and I met eight years ago as juniors at Coventry High School. Ironically, we first met on a double date (with different people!). Although every teenage breakup feels like the end of the world, we ultimately could not be happier with the fact that a few months later we found ourselves both single and able to be set up on a very last-minute date with each to the Winterball dance! Ryan and I will be the first to admit that we never would have imagined that a date to the Winterball would have led to a wedding. However, even at the young age of 17, we knew that opposites really do attract! I am, without a doubt, a Type-A, overachieving and anxious personality, but somehow that balances out Ryan’s mellow and ‘go-with-the-flow’ disposition perfectly. I could not be more thankful of the fact that I got to celebrate the major high school milestones of prom and graduation with my best friend and soon-to-be husband. We could have easily drifted apart having decided to attend different universities, but instead we allowed each other to focus on our education and goals, while still being each other’s number one supporter. Ryan has fit so well into my family since night one, and I couldn’t imagine having ever brought anyone else home. 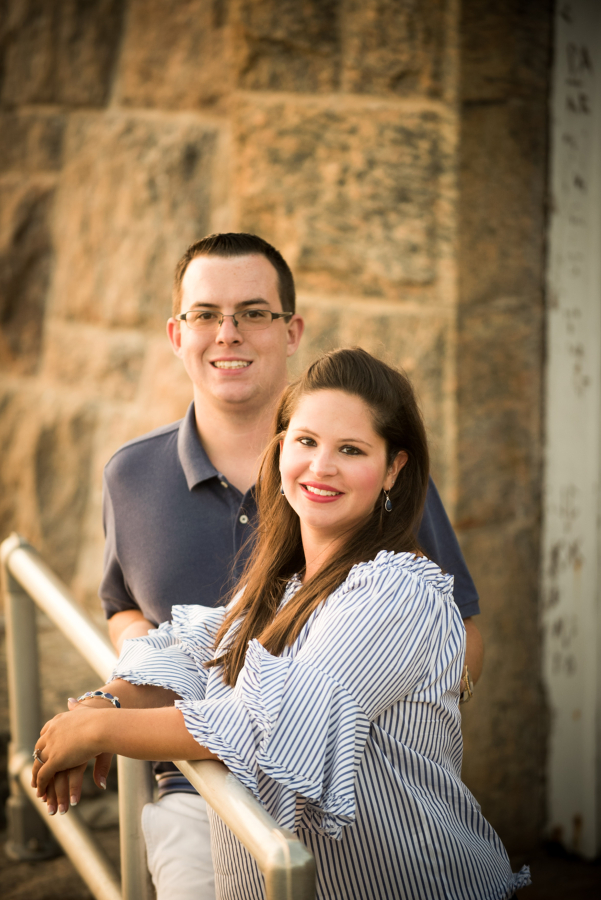 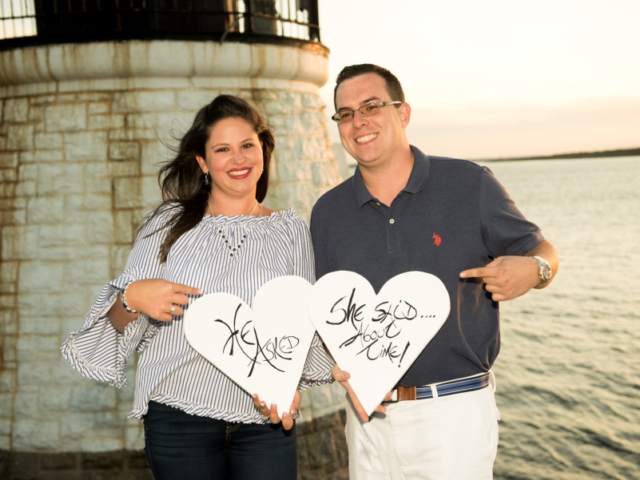 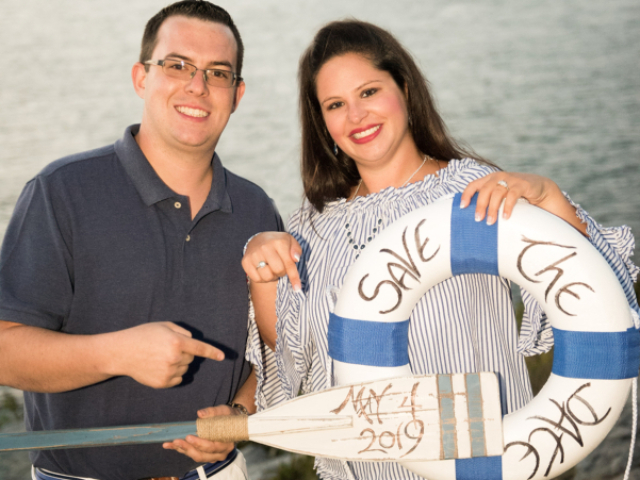 In the case of the proposal, this truly was the one time where our personalities clashed. I was very confident in our relationship and ready to get engaged as soon as we graduated from college (especially since we were already five years into our relationship). Ryan, however, prefers to take things slower and was in no rush to propose. As the years ticked by and I watched other people we went to high school with getting engaged, I began to become a bit discouraged that our fairytale ending may not come true. That is all until one night at dinner at Outback, Ryan suggested that we go to Newport the following night for dinner at the Brick Alley Pub. Immediately, my radar went on for two reasons: 1) Ryan defers to me for date night plans and 2) we had just spent the entire weekend prior in Newport celebrating my MBA graduation. I was convinced that Ryan was planning to propose and spent the entire night thinking over all of the different ways he might do so. Well, I am thrilled to say that I was right (he finally proposed!), but I was definitely wrong about the type of proposal. When I woke up that morning, Ryan suggested we head down to Newport early so we could spend the day there before dinner. As we arrived, Ryan suggested that we rent the ‘BatMobile’ car and take it for a ride along Ocean Drive. As we were driving by the ocean and cliffs, I was waiting for him to pull over so we could get out and walk along the water (and hopefully share a beautiful proposal). However, he kept driving and our hour rental was quickly coming to an end. With minutes to spare, Ryan pulled into the gymnasium parking lot at Salve Regina University and told me to get in the driver’s seat, so he could take a picture. As I switched seats, I looked down and there was Ryan down on one knee, proposing at my university (a.k.a. my second love). Ryan is a man of few words, but that didn’t matter because he managed to get out the most important words: “Will You Marry Me?” Never in my wildest dreams did I imagine my proposal being in a parking lot in a BatMobile, but I couldn’t be happier with the end result: that I get to marry my best friend. Now, eight years later, we are finally planning the wedding of our dreams and look forward to celebrating with our family and friends. 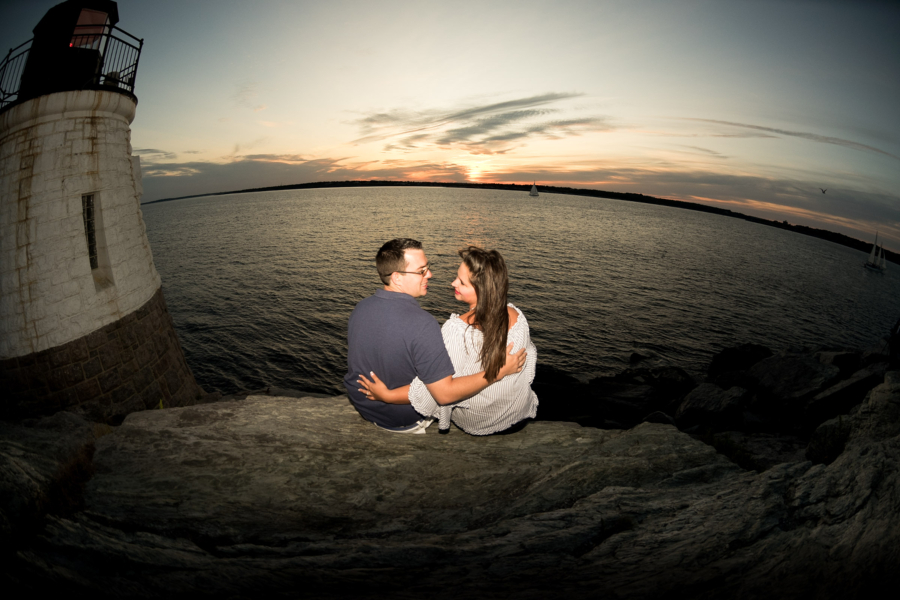