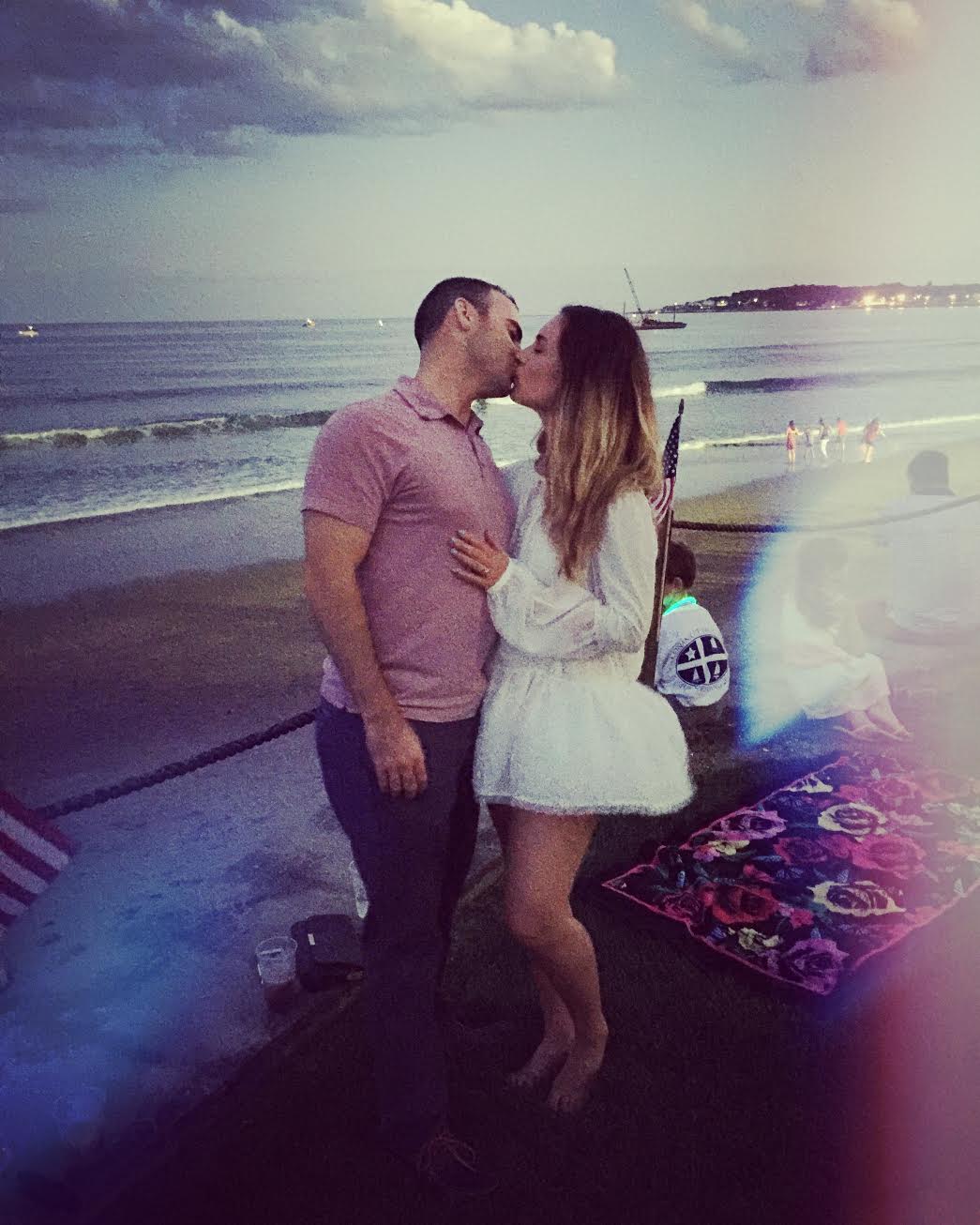 Krista Goddard of Burlington, Vermont and Sean McGuire of Charlestown are set to wed March 3, 2018 in the Florida Keys.

We met in June 2015 at a golf course I was working at. Sean’s dad suggested that he join a golf league, so he reluctantly joined. I remember the first time he walked into the club house and I thought he was the most handsome man ever . . . It was pretty much love at first sight for us both. I only worked there on Tuesdays and Fridays and his golf league just so happened to be every Tuesday. I found myself looking forward to Tuesdays so that I could see Sean, and I ended up giving him my number before he even asked for it! 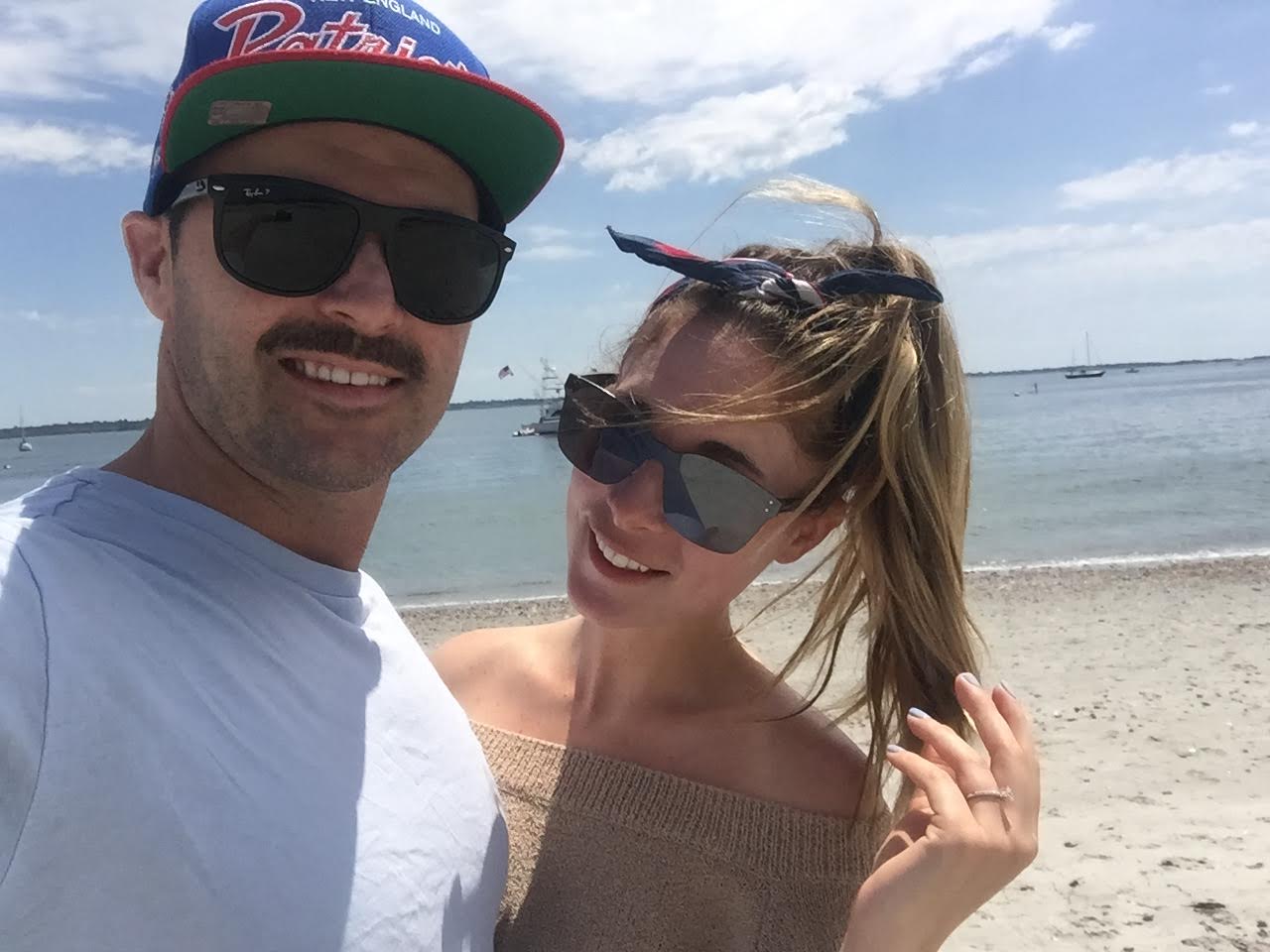 I got home on a Saturday morning after staying over at a friend’s house to watch her three year old daughter while she was ironically attending a wedding. When I got home, our entire apartment was clean and Sean had bought me a beautiful bouquet of flowers. It was a perfect day outside so we decided to walk the entire Cliff Walk by the ocean, which was over six miles and took us a few hours. It was so fun.

When we got home Sean said, “Let’s get dressed up and go out.” I didn’t really feel like it but decided to go along anyway. When I got out of the shower he had picked out a fancy outfit for himself and he ended up picking my outfit as well.

We live in downtown Newport so we walked to Diego’s to get dinner, which is where we had our first date. I thought it was funny that we got dressed up just to go out and eat burritos!

After dinner we took an Uber to goat island/pineapples where we got two glasses of champagne and walked over to the lighthouse to look at the bridge and the water. Lucky for us, there was no one else there because it ended up being an overcast night. We were standing there and Sean was behind me with his arms around me. He started saying really cute stuff to me and before I knew it I turned around and he was on one knee asking me to marry him. I was so surprised and shocked I couldn’t stop shaking!

We spent the rest of the long weekend celebrating with friends and family, swimming at the beach and watching fireworks. It was the best weekend of our lives. 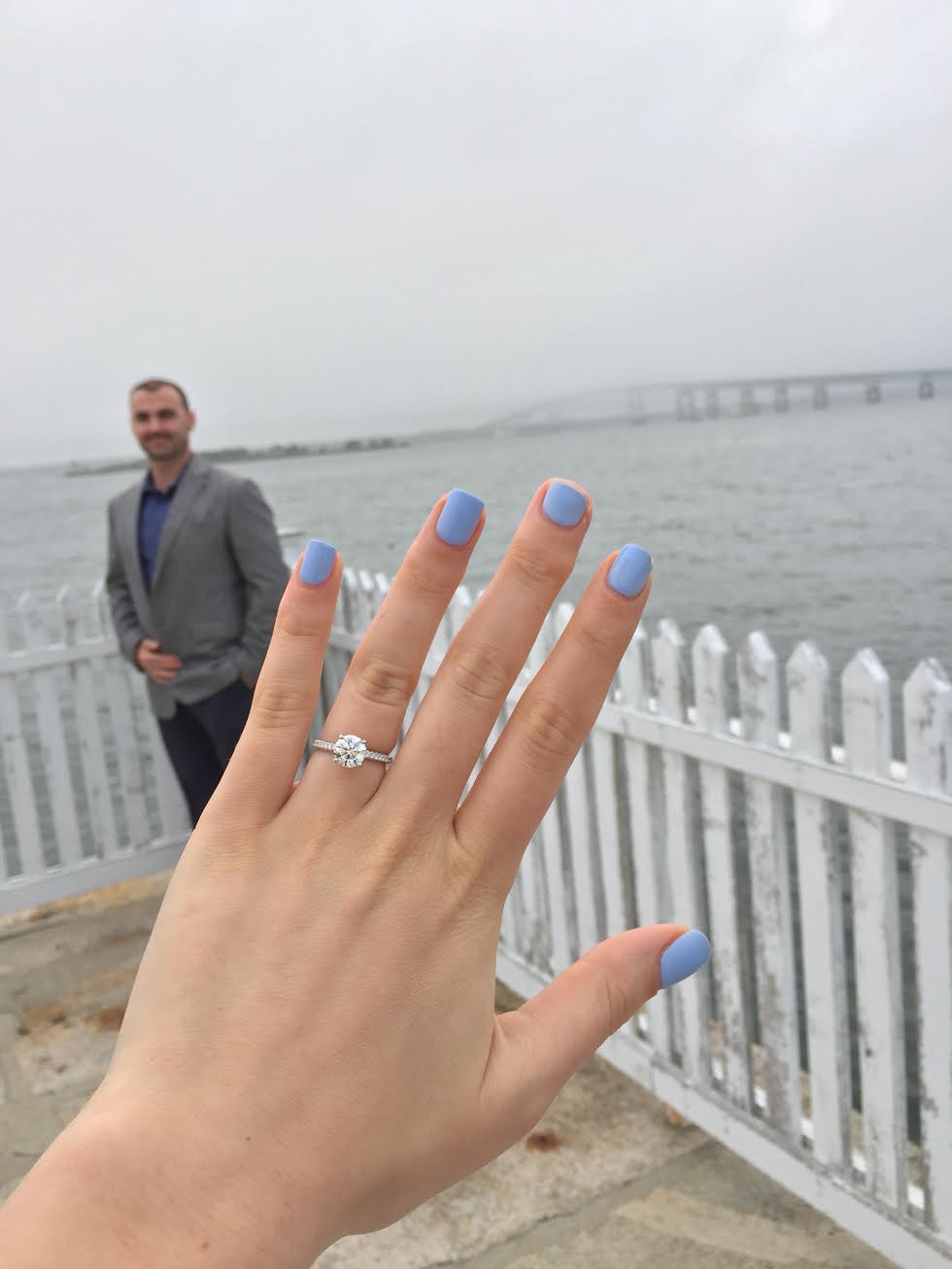