Aubrey Ganem of North Smithfield and Mark Calcagni of Smithfield are set to wed at Harrington Farm on May 4, 2019. 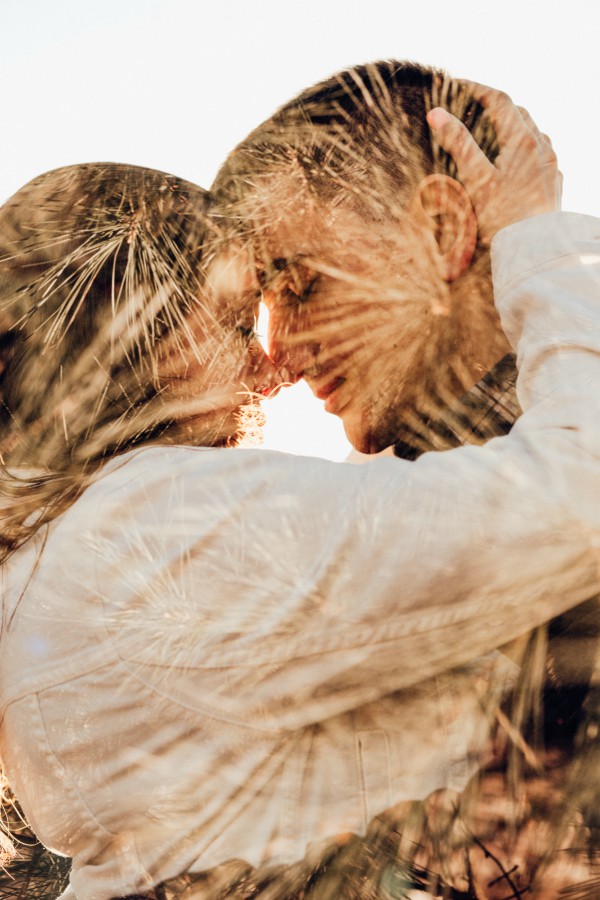 We met on match.com. Mark initiated the conversation first and we talked for a few days via messaging before he finally asked for my phone number, then a date. Our first date was at a nice sushi restaurant in East Providence. After dinner, he drove us to a nearby mini golf course. It was then that I saw his last name pop up on the screen of the radio as his phone connected to the bluetooth in his truck. We had a great time at mini golf and when I got home, my parents asked all about the date (I was still living at home at the time) and when I shared his name, I found that our fathers had dealt with each other through work 30 years ago. Our small world only got smaller from there as we talked more about our families; we found out that not only are his youngest sister and my cousin best friends, but I was also a cheerleader for him when he played Pop Warner football. I found it interesting how we crossed paths but never met in person. It didn’t take long for us to fall head over heels for each other. 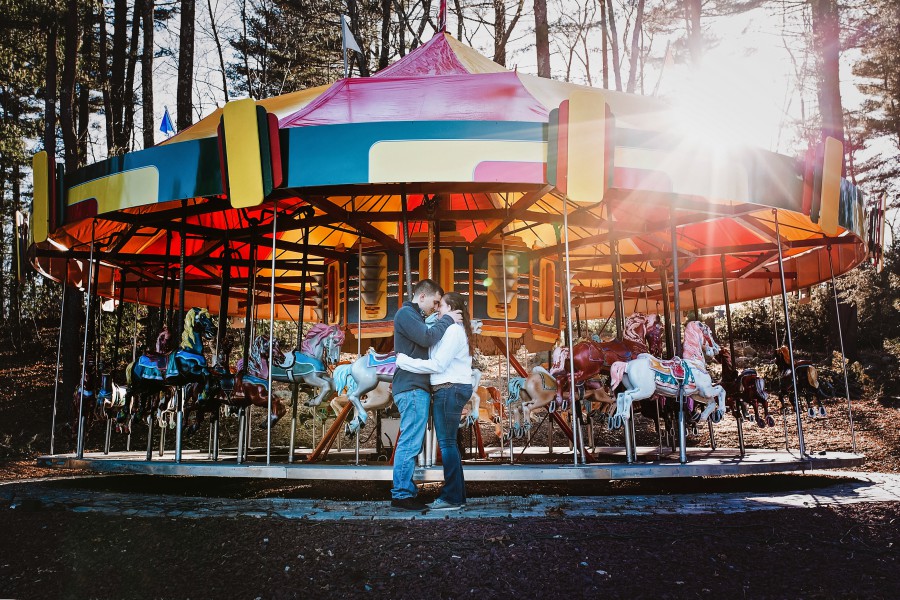 Note: This was taken in front of the original Rocky Point carousel!

We went on a cruise to Alaska last July. The second night on the ship, he asked me if we could go to a restaurant to celebrate the cruise and be with each other. Of course I said yes! We chose to eat at the steakhouse restaurant. After a delightful dinner, he asked if I wanted to take a walk outside. Now, looking outside, it was very windy and even raining a tiny bit. I thought he had a specific place he wanted to go outside the ship, so I replied “Okay,” and followed him. As I was walking very slowly (holding my dress down so the wind didn’t blow it up) Mark put his hand out in front of me, pivoted and then bent down on one knee. He asked, “Will you marry me?” and very excitedly I screamed, “YES!” while crying tears of joy. His plan was to have me walk in front of him. When I realized he wasn’t right beside me, I would turn around and see him bent down. However, I didn’t know where we were going outside so I thought he was leading the way, which is why he stopped me from walking by putting his hand out in front of me. When I asked him if he was nervous, he said, “No, I knew you would say yes” and he was right. I was incredibly surprised by the proposal and I couldn’t be happier with it! 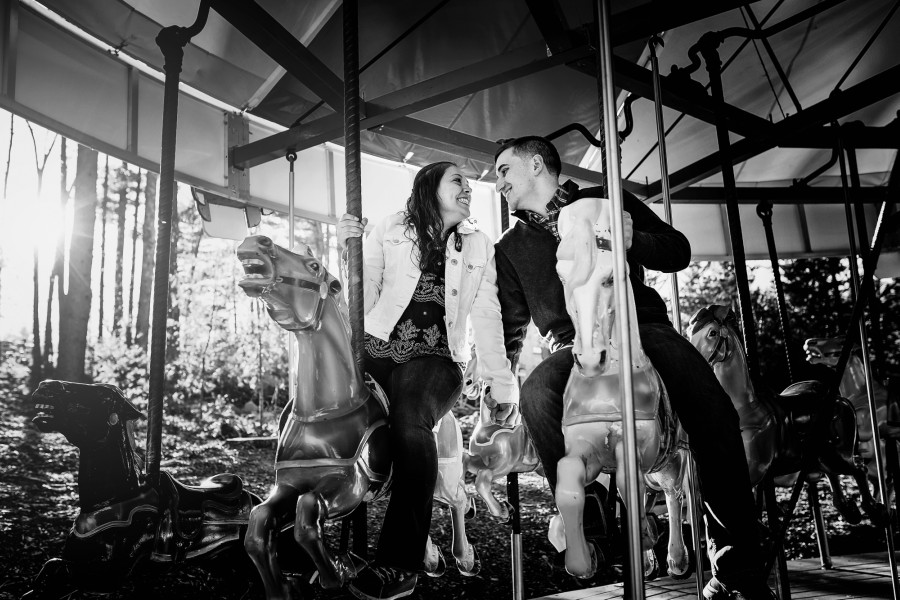