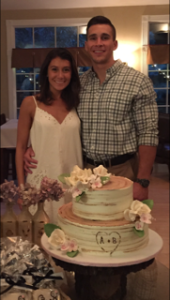 Our story began in 2011 when we were unexpectedly invited to a friend of a friend’s graduation party. While Alex and I both reside in the small town of Lincoln, our paths had never crossed. Alex attended Lincoln Middle/High School, while I attended Mount Saint Charles Academy. We typically would not have been invited to this particular party since it was not a close friend, but a cousin of each of our best friends. It must have been fate… We noticed each other almost immediately, however, with both of us being somewhat shy, it took some encouragement from our friends for us to actually engage in conversation. It became apparent to Alex’s friend that he was interested in me and that’s when the instigating began. Friends coerced us into sitting next to each other around the bonfire and the rest was history. It only took a few dates for us to recognize that we were destined to be together forever. After five years of dating, our love, admiration and appreciation for each other has helped us to build a solid foundation for marriage.

Alex and I knew we were meant to spend the rest of our lives together soon after we started dating. Each year, on our dating anniversary, we would go to the Atlantic Beach Club in Newport for dinner and then enjoy a walk on the beach. This year was quite different. The Atlantic Beach Club was closed and purchased by Longwood Venues with the vision to construct a spectacular wedding venue, Newport Beach House. After four years of our special anniversary dinner location,  we asked“Where would we go to celebrate?” Alex, being the romantic gentleman that he is, had a definite plan to preserve the Newport tradition. On the evening of July 25th, Alex had a romantic proposal planned and he executed it with the assistance of our parents and one of my aunts, who is a hopeless romantic. While we were unable to dine at our favorite spot, we still had access to the beautiful private beach where Alex insisted we take a leisurely walk. 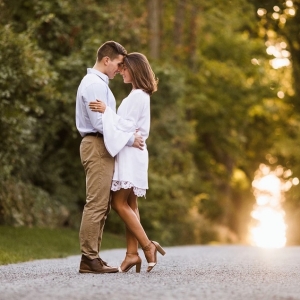 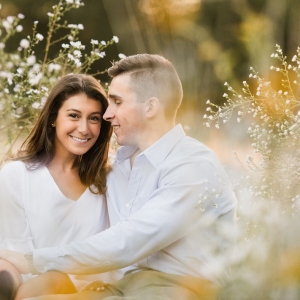 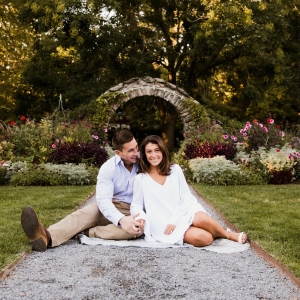 When arriving at the newly remodeled wedding facility to access the beach, I immediately noticed a vast group of volleyball players and a few straggling families flying kites on the public side of the beach. As we meandered to our favorite part of the beach, I noticed a carefully sculpted heart made of seashells in the sand and immediately knew that my life was going to forever change. Carved in the center of the heart were the letters A + B, which has become our signature theme. I became so overwhelmed with emotion that it was nearly impossible to stop the flow of tears. Kneeling down on one knee, Alex professed his love and asked me to be his wife. As we looked over our shoulders we noticed the crowd of volleyball players cheering and clapping in excitement. Unbeknownst to me, our parents, along with a photographer, were sitting in the dunes capturing the fairy-tale moment. 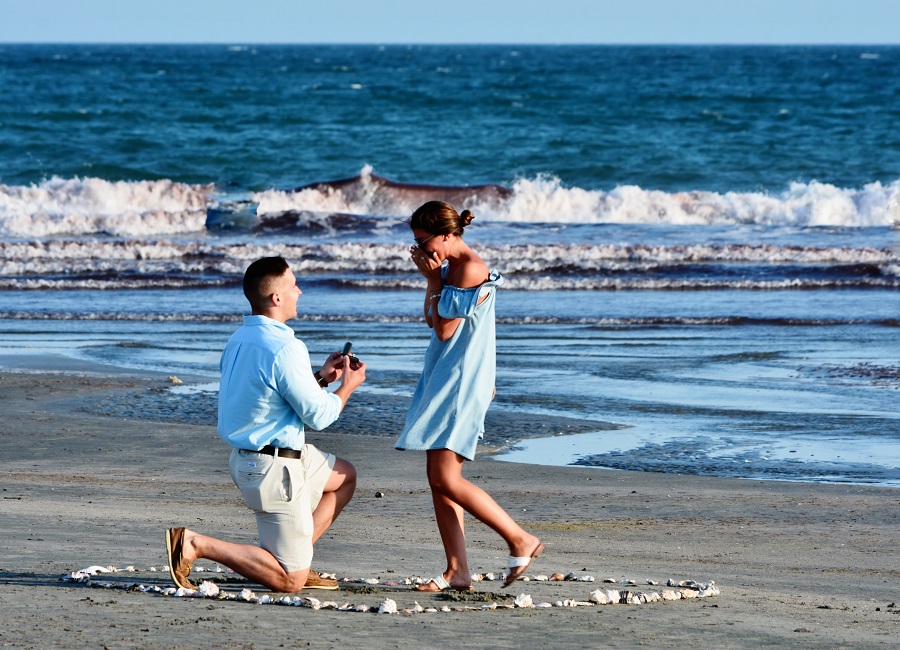 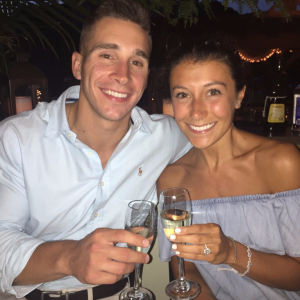 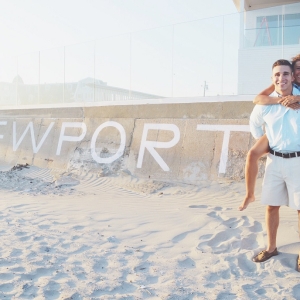