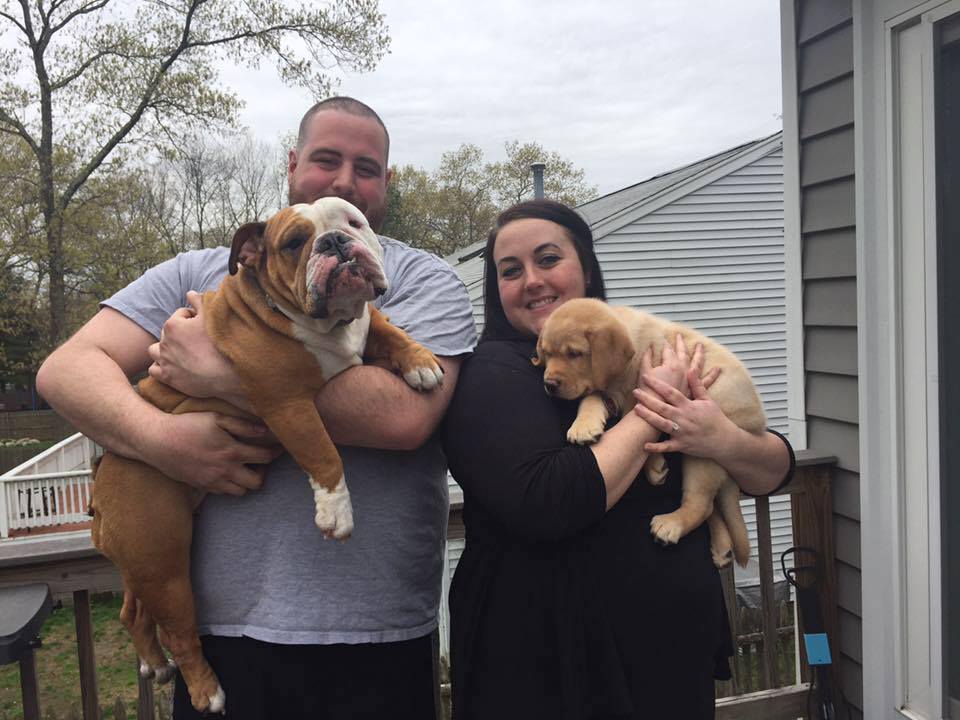 Missy Gadoury of Coventry and Eric Beaudoin of Cranston are set to wed at Quidnessett Country Club on September 1, 2018.

I was introduced to Eric through his cousin Lauren. Lauren and I kick-boxed together and had became good friends. At the time, we joked about how we were each other’s only single friend. One day Lauren asked me if I would be interested in a younger guy. She had a single cousin who she thought I might be interested in, but he was much younger (seven years) than I. With the age difference being fairly big, I was hesitant at first but told her she could give him my number and shortly after that he texted me. We talked back and forth for a bit before he offered to come help me paint my house that I had just bought. He came over one weekend, we talked and painted and not long after that we became inseparable! 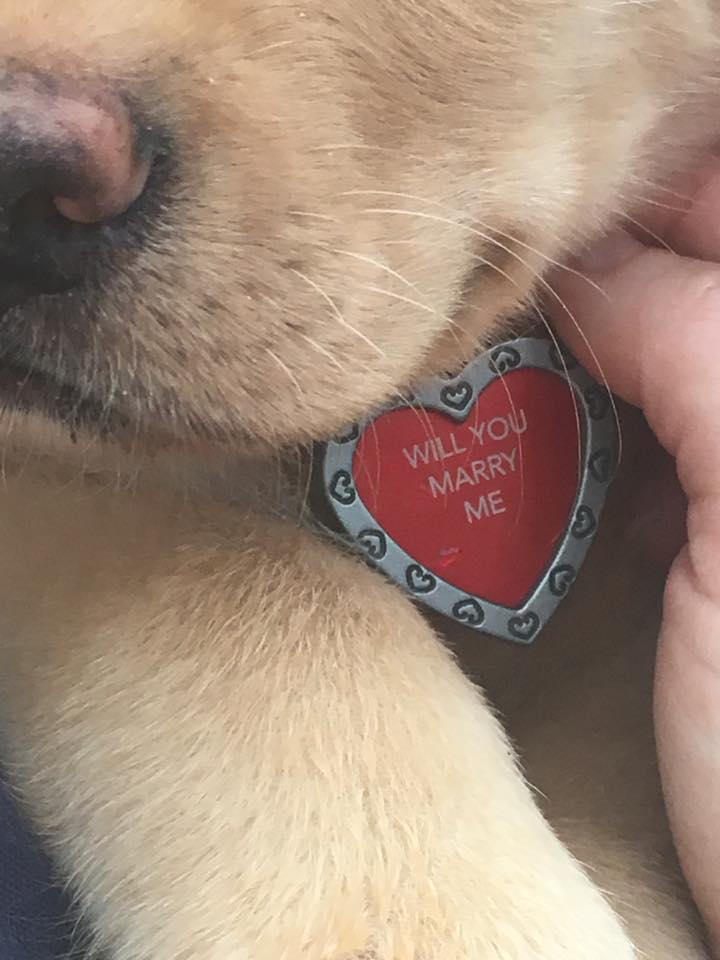 I was in Nashville for my friend’s Bachelorette party the weekend before, and stayed a couple days longer to visit some friends I had down there. While I was there I sent Eric a picture of all the girls’ hands with their wedding/engagement rings and mine with a plastic light up ring, jokingly saying, “One of these things is not like the other.” Being a good sport he laughed, but little did I know the surprise I was getting just a few days later.

I got home Wednesday night and went right back to work that Thursday. My office does casual Fridays, so as I was still recovering from my weekend the next day, I looked like a hot mess. That day also turned out to be one of the nicest (warmest) days of the year so I was not only tired, but hot. I got home and saw that Eric’s truck was parked all the way back in the driveway. He had been working with my dad in the yard the past couple of days, so instead of going in through the basement or the front door, I went around the back to see him. Eric wasn’t out there so I just went in through the back of the house. I walked into the kitchen and the first person I see is his brother, Joe, sitting on the couch (but I really didn’t think anything of it). Our dog’s old crate was in the kitchen but I still had no clue until Eric walked around the corner with a yellow lab puppy in his arms. I asked what this was about and Eric said that this was our new dog and that I should look at his collar to see what he named him. As I looked at his collar Eric got down on one knee; the puppy’s collar had a tag on it that said “Will you marry me.” Eric started to take a bunch of ring pops out of his pocket — an inside joke of ours — but then he opened a ring box to the most beautiful ring I have seen.

The funny part was that earlier he had called me at work as he always does on his way home from his work, and I had mentioned that I wanted a French bulldog or a German shepherd. He then said, “How about a husky?” and I said that would be nice, but lets be honest — the next dog I really wanted to get was a yellow lab! He, meanwhile, was not actually coming home from work, but in the car with my dad on the way back to our house with our new puppy, whose name is Chunk. 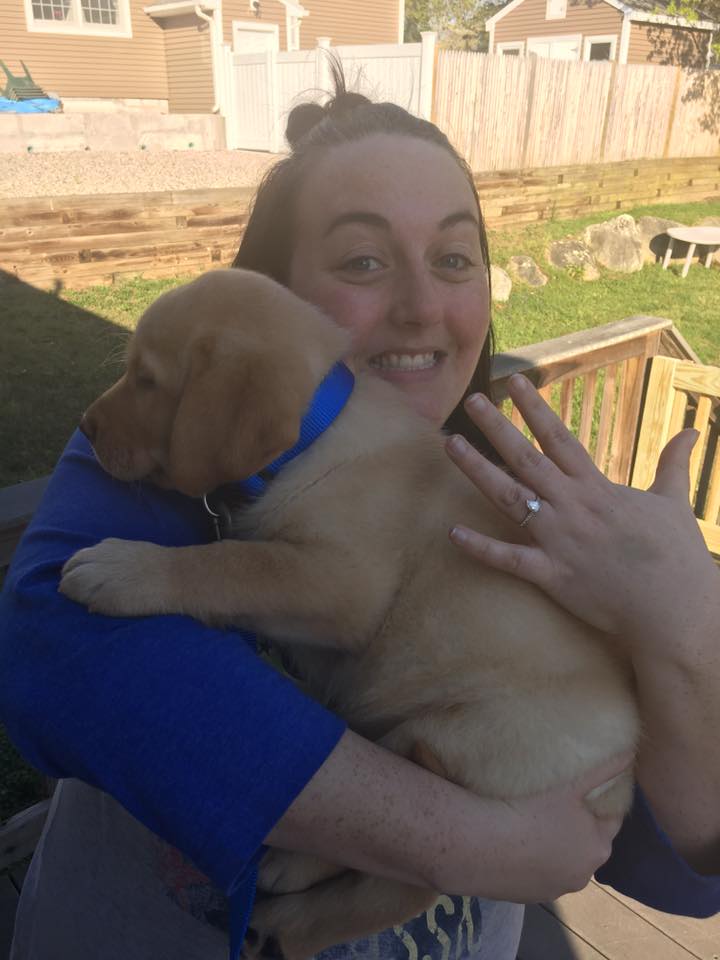 Katie and Landon are Engaged!