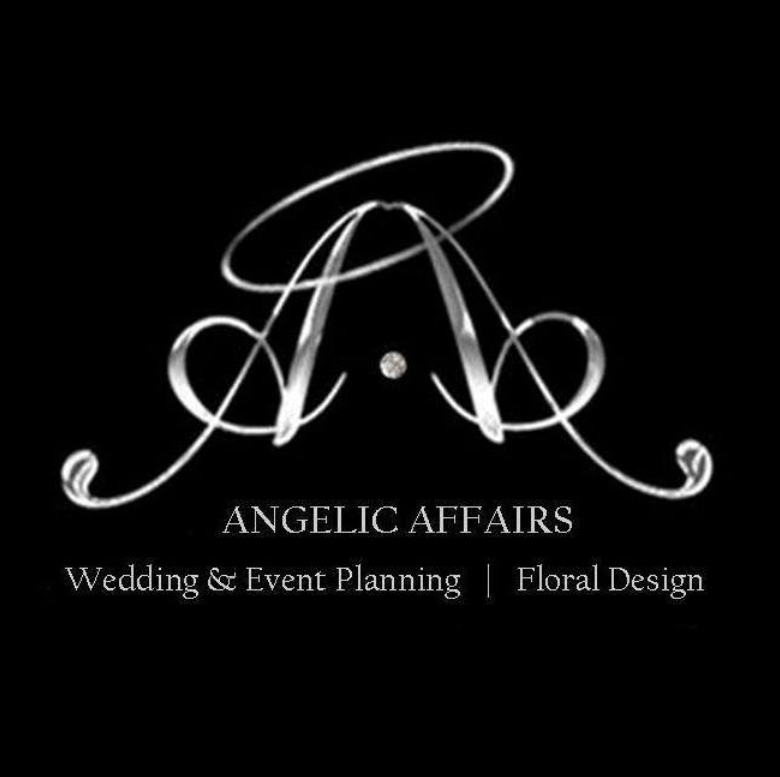 Warm lights welcome wanderers, as whiffs of freshly ground coffee beans spools through the air. The hustle and bustle of the Creative Capital gathers in a small hall of round rustic tables at Coffee Exchange on Wickenden Street in Providence. Friendly faces fill the room with light chatter, and a brown-bobbed woman sporting the latest trends from Free People cuddles up in the sunlit corner, clicking away at her laptop. She grins softly at her screen as she designs the wedding of someone’s dreams.

Kelly Teves, New England wedding planner and genius behind Angelic Affairs, has a spark for 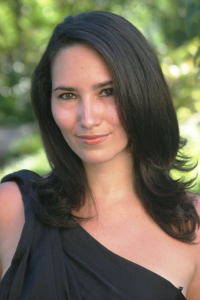 transforming couple’s dream days to life. Kelly is a creative soul and her smile radiates with passion when I sit down with her to chat about her work.

In college, Kelly spent much of her time commuting on the rails to Boston, as none-other than a nursing student. She would cozy up for the ride with her sketchbook she would  take the ideas floating around in her mind and bring them to paper, sketching everything from floral arrangements to dresses and centerpieces. It was here that she realized that she had a passion for bringing imagination to life and that wedding planning was her true calling.

Kelly planned her very own wedding in just short eight months. She fell in love with planning and her guests took notice. She dropped out of nursing school as she found herself being asked left and right to help plan wedding after wedding. But it was a repetitive circle of paisley pinks and wooden chapels that Kelly quickly grew weary of. She felt she needed more than the typical day of “I do.” She was restless, planning the same types of weddings again and again. Her imaginative mind wandered, taking her all the way to Los Angeles. This simple business move brought Kelly much deeper into the world of wedding planning than she could  have imagined. There, Angelic Affairs was born.

Kelly still refers to her first offbeat L.A. wedding for motivation. The bride had a vision of a rainbow dress and crazy hats, while the groom wanted something slightly on traditional lines. Kelly discovered that their venue would clash with her bride’s colorful desires. She went out and found an ivory ball gown, studded with rainbow crystals. Kelly personally encountered a yellow petticoat, interlacing with the venue’s maroon and gold color palate. Exposing the couple’s fun-loving personalities, Kelly gave the best color bursting wacky-hat wedding they could ask for. 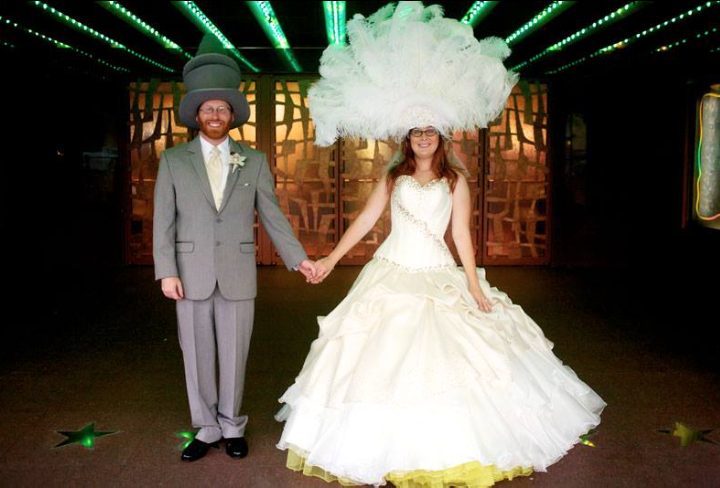 Nowadays, back in New England, she is able to do this in a number of ways. Not only does Kelly plan her client’s weddings, she also specializes in fashioning floral arrangements and centerpieces. Kelly believes that innovation is key. No two weddings will ever be the same in her hands.

“I have these moments at every wedding where I step back and take in everything that I worked so hard on come together,” Kelly shares. “I sigh, because it’s real, and that’s when I get emotional.” 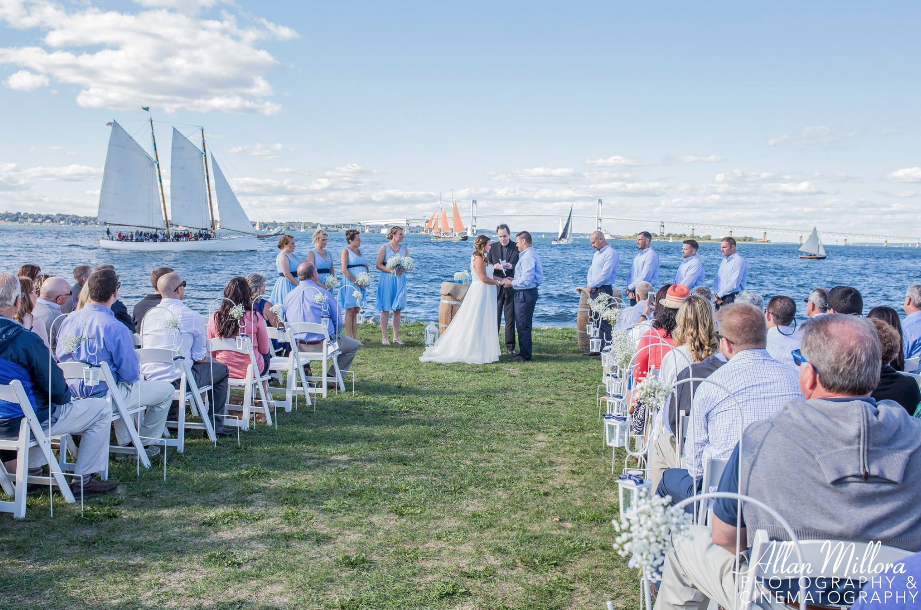 She remembers glancing over at a father of one of her brides, right before they were to take the aisle. “The dad even came up to me after and said it was one of the most unforgettable parts of the wedding, seeing the pride expressed in my face,” she says with slight tears in her eyes. 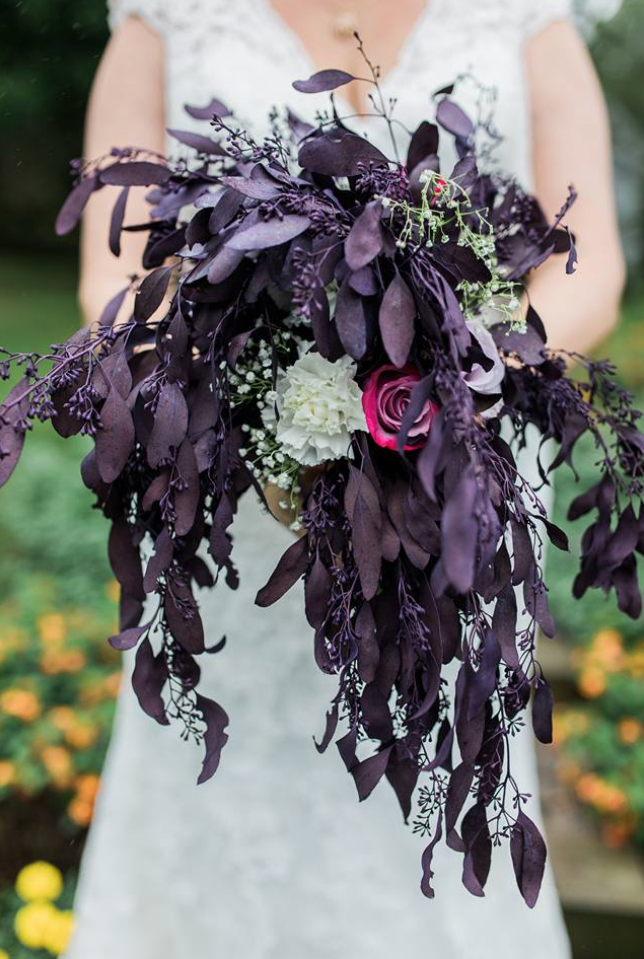 When it comes to floral arrangements, she has delivered on requests of daffodils when daffodils were not in season. She reinvented a bride’s favorite discontinued pattern, crafting linens for the wedding. She created a one of a kind, wild purple eucalyptus bouquet, which brought about a unique arrangement that was exactly what her bride had in mind. The bride’s face lit up with astonishment as Kelly presented her the live version of her dream bouquet. She and her team at Angelic Affairs believe in happiness, and in making the impossible, possible.

“It’s the best feeling in the world, creating exactly what a bride is looking for,” she explains. “The bride’s jaw literally unhinged when she saw the eucalyptus arrangement.” It’s clear that Kelly doesn’t do the job for the job — she does it because she loves it.

Angelic Affairs will even go as far as helping to plan remote weddings. Kelly has traveled all over and loves to research trends in different regions, giving her a unique insight to the world.  When she was asked to plan a wedding in Houston for a Mormon couple living in L.A., she put her talents to the test and planned the entire affair without leaving New England. She would email the couple different links of websites to pick centerpieces and other wedding essentials and in the end it was a total success. Kelly always adapts to her clients’ needs, ensuring the best possible outcome.

But there is an element of challenge to every job.  Kelly explains that sometimes her ideas are not respected. There is always a bridesmaid or maid-of-honor who is not on board with her vision. It can be hard, but Kelly puts on a brave face and lets her work speak for itself.

But when everything does line up the way they’re supposed to, the realm of fantasy is brought to life as Angelic Affairs works to make wedding dreams come true. “I love being able to design something that is so special,” Kelly expresses. “I showcase who a couple really is as they come together to share everything they love.”

That being said, she understands that having a couple who does not feel completely comfortable poses a distracted atmosphere, so she does everything in her power to put her couples at ease.

“I’m a sucker for being resourceful,” Kelly, explains. Sometimes, not everything goes as planned, but it happens for the better.

One such example is when she was planning Shannan and Damion’s wedding at Belle Mer in Newport. Kelly wished to illuminate their reception room on the water with two different designs but unfortunately, due to technological issues, her vision was just not possible. But, just as the sun began to dip into the ocean, brilliant hues of red twirling with orange seeped into the room, exactly how she had envisioned —it was the work of wonder, creating a truly Angelic Affair. Learn more about Shannan and Damion’s wedding on page 110 of Engaged! 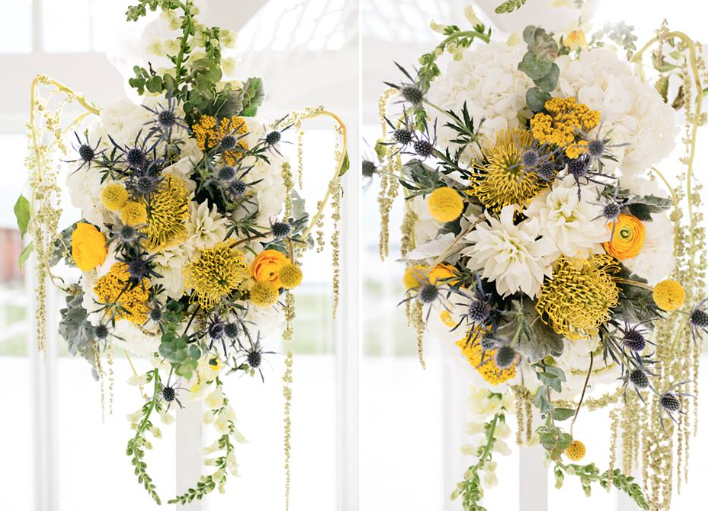 “If something should happen on the day of, we do damage control to ensure malfunctions never reach the bride and groom.” She ensures that the couple always comes first. 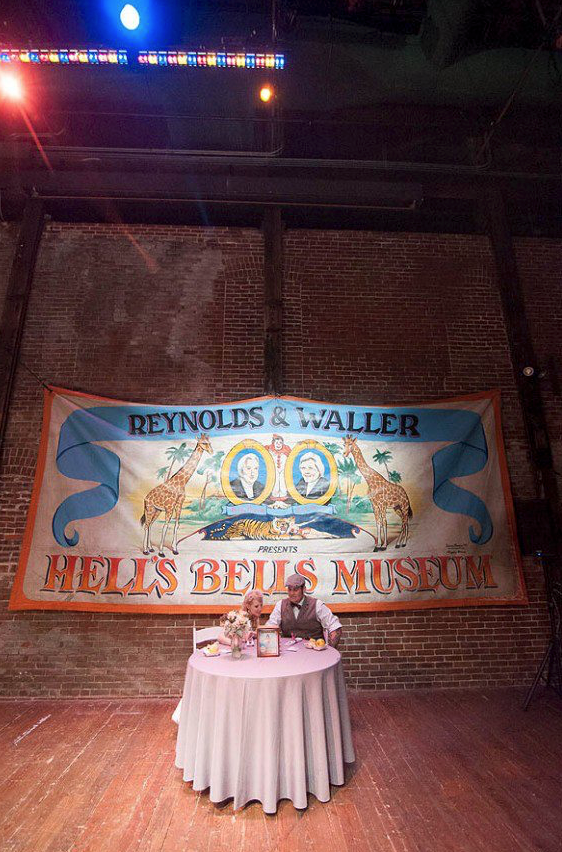 Kelly cultivates her client’s hopes into a novelty, allowing them to express themselves as both individuals and as a couple. No couple is the same — each shares different passions as two worlds collide into one. It’s Kelly’s mission to showcase that. Even if two different couples come to Kelly with the same theme in mind, the weddings are ensured to be completely different, showcasing each couple’s personality.

Couples looking to work with Kelly should book Angelic Affairs’ services anywhere from four months to two years in advance. Kelly is flexible, detail oriented, and more than happy to work with other vendors to make sure everything goes as planned and to get the best possible job done.

When I ask Kelly to explain what she thinks the key to success is, she says it’s having a great support system. She and her team work closely together ensuring that everyone involved is comfortable and happy. It’s fitting for her business’ name, Angelic Affairs, which she says originates from the pure acts of angels watching over as Kelly and her team transform enchanting engagements transform into wonderful weddings. Angelic Affairs runs on magic, magic that can only be made by teamwork and thriving passion. 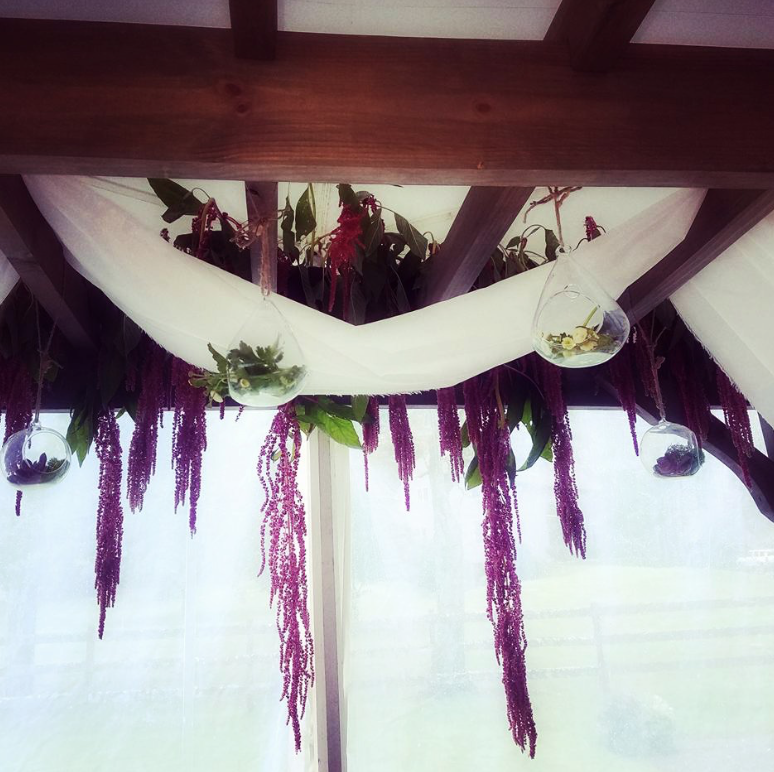 Tips for Tipping your Wedding Vendors

Possibly the Best Wedding Video EVER