Alana: Am I a Bad Bride-To-Be?
Prev Next
Search

So at first I thought I was off the hook.

But we had JUST gotten engaged, so I thought I was way ahead of schedule and didn’t need to start planning for like…. a while.

But then weeks and months went by and I still hadn’t made any plans whatsoever. The most bride-ish thing I had done is take pictures of my ring (like every day) and drink out of my ‘Bride-to-Be’ wine glass (like every night). I felt like a really bad fiancé. Ryan would casually ask if I had any ideas or was excited to plan the wedding. Which I am.

And it’s not that I don’t have ideas, I just have too many of them. All the ideas.

First I was dead set on a wedding at the ski resort in Killington, VT because we like to ski and the resort there makes great Bloody Mary’s. We met with the planner and created a menu and told our friends and family, blah blah blah… and then on the way home I changed my mind. I wanted to get married closer to home.

So then I looked online at every venue in Rhode Island that was not too “venue-y” but was more of a barn, but not too barn-y, and had a rustic flare but  could also transform into a glamorous chic venue, but also feel like a backyard wedding at the same time. Oh and could fit 200 people and wasn’t super expensive. And on the waterfront. I don’t know why but I couldn’t find anything that fit that description.

So then I said, “What the heck, let’s just do a destination wedding.” We (mostly I) researched those for a hot second and then I said “Nah”. Meanwhile, my mom made me schedule tours of some venues in RI. The first one was OK, the second was ehhh, and the third one we fell in love with and booked later that afternoon (The Glen Manor in Portsmouth!!!)

My point being… I have been SO indecisive throughout this wedding planning process, so I have been putting off the decisions! Except for saying yes to Ryan, that was easy. I feel like most brides know right away what they like, what they want, and have everything figured out so quickly. But for me, wedding planning has been like picking out an ice cream flavor. There’s so many options and I’m afraid I’ll be unhappy with my decision, so I procrastinate and change my mind a million times before eventually I just pick one — but luckily I always end up loving it. And then I eat Ryan’s too.

By the way, Ryan still wants to marry me for some reason. 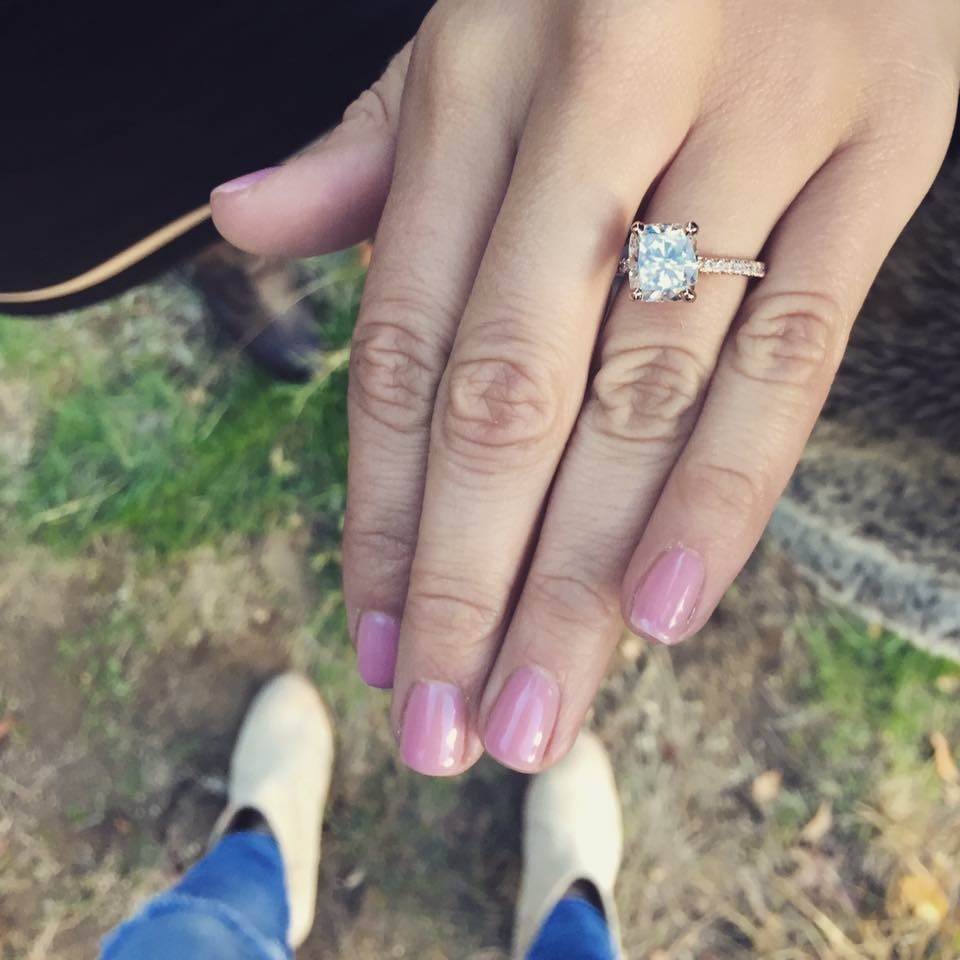 Erika: Have A Seat

Jacquie: Getting in Tune

Alana: Save Me From Save-the-Dates

Aisle Say: Man to Man (Advice from the Groom-To-Be)